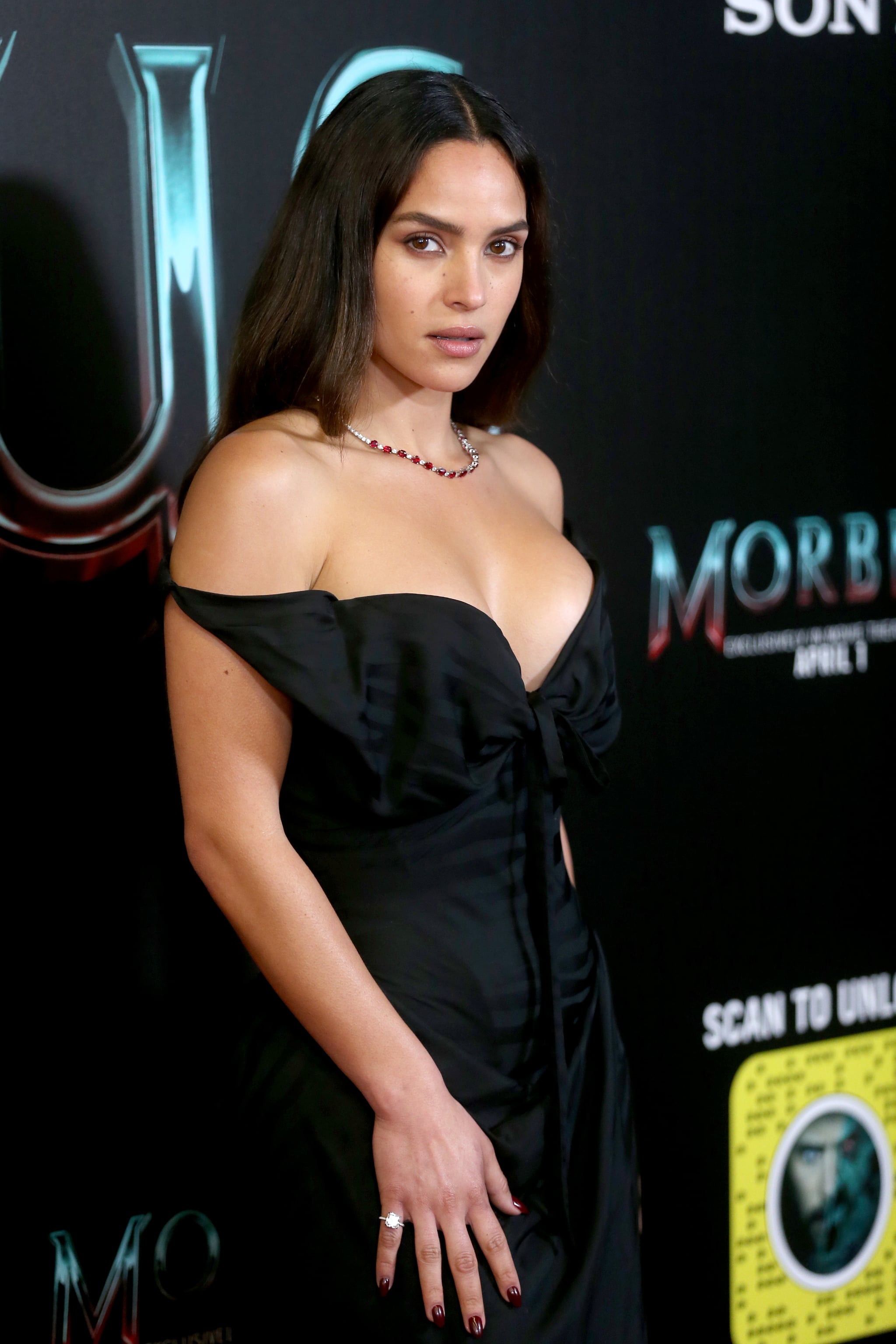 Adria Arjona is ready for her moment. The actor appears as Dr. Martine Bancroft in “Morbius,” the new superhero movie hitting theaters on April 1. In the film, Martine is the colleague and love interest of Dr. Michael Morbius (Jared Leto), and she stands on her own as a confident and strong character.

Arjona was attracted to the role of Martine from the very beginning. “What I really loved about the character is [that] Martine is a well-rounded, normal woman,” she tells POPSUGAR. “She’s not hypersexualized, she’s not in this leather suit or anything like that. She’s a doctor, and everything is really focused on her talent as a doctor and being head to head with Dr. Morbius.”

In the movie, Martine accidentally helps Dr. Morbius turn himself into a “living vampire.” But before she was cast, Arjona had to convince director Daniel Espinosa to give her a shot. According to Arjona, Espinosa initially told her that she was too young for the role. “I begged for an audition, and I auditioned, and he gave me the role the day after,” she explains. Soon after, Arjona met Leto. She jokes, “And then I never saw Jared again; I started working with Dr. Morbius.”

Leto is famous for his strict method acting where he never breaks character during production. Arjona said that Leto’s methods actually helped her own performance. “He sets a really interesting tone on set. He comes in as the character and he sort of gives you that world, and you just get sort of soaked up in it,” she explains. “It was fun. I never worked with anyone like him; I don’t think I will ever work with anyone like him [again].” 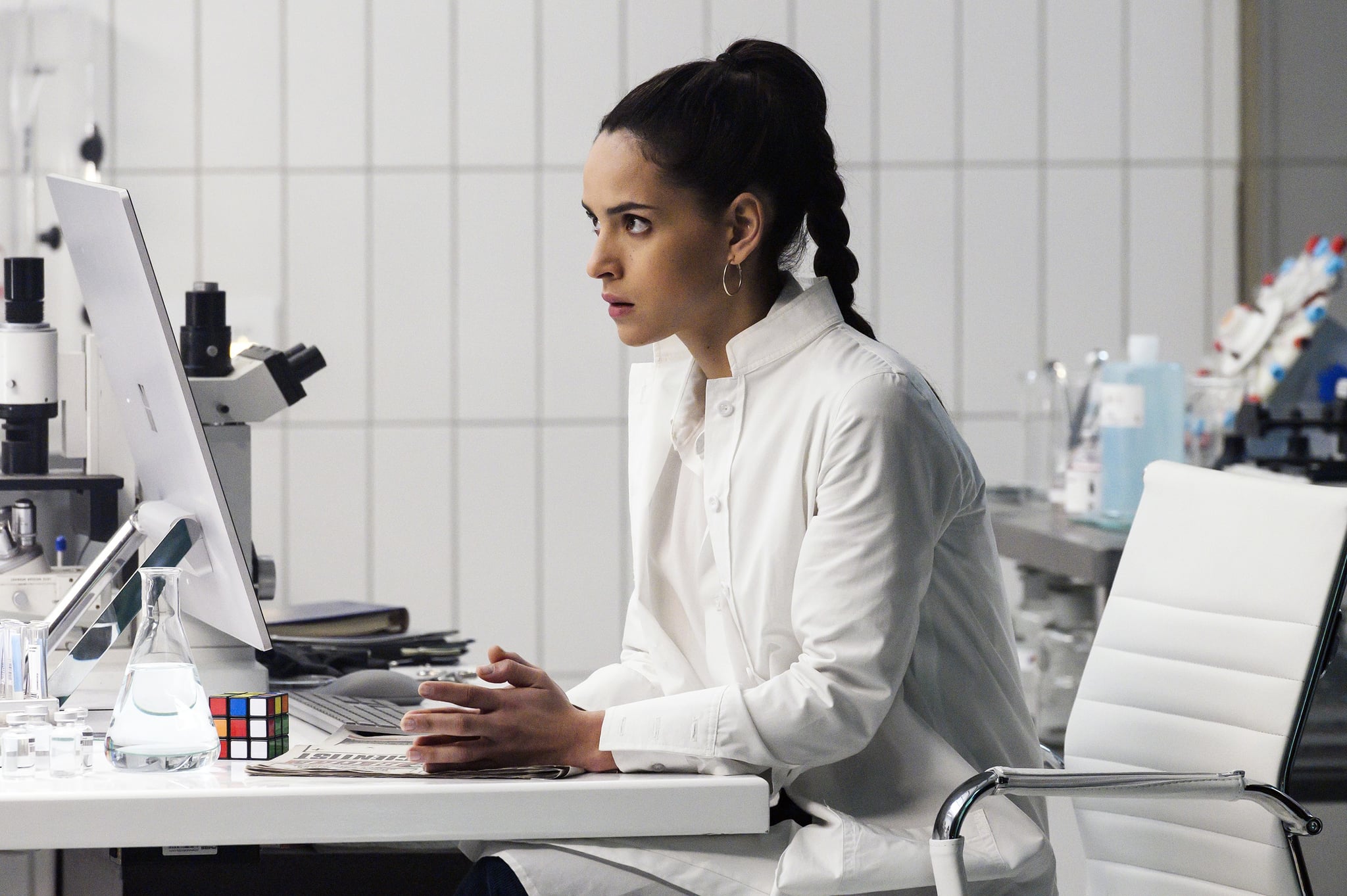 Arjona says one of the best parts of making “Morbius” was that the film launches a completely new set of characters. “It was super exciting to be a part of not only the Sony Marvel universe but to really be a part of a movie [where] we get to introduce a new Marvel superhero,” she says. Arjona also notes that her 11-year-old brother was particularly excited for her to be in the film.

Next up, Arjona will star in HBO Max’s new “Father of the Bride” film alongside Andy Garcia and Gloria Estefan. It’s based on the novel of the same name, which was also the basis for the 1991 movie starring Steve Martin. Arjona says that she formed a tight bond with the “Father of the Bride” cast, especially Garcia. “I have my second dad in this business,” she says. “Pretty cool.” She thinks the movie, which hits the streamer on June 16, is coming at just the right time. “It’s a really heartwarming, lovely movie, and I think it’s the movie we all really want right now.”

“She’s extremely intelligent, very strong, speaks with conviction, and isn’t afraid to speak her mind, and that’s the element of Martine that I really liked. I wanted to be her for three months.”

Arjona will also star alongside Diego Luna in “Andor,” another Star Wars Disney+ series. The show will follow Cassian Andor (Luna) in the years before “Rogue One: A Star Wars Story” when he was an agent for the Resistance. Arjona couldn’t spill any details about her role in the series, but she did give some promising hints.

She says the most incredible thing about shooting the series was that the production design built “a whole city” for the show, which made it impossible to forget just what they were filming. “Every time I turn, I’m like, ‘I’m in Star Wars.’ Everything is so Star Wars-y, it becomes a little nerve-racking,” Arjona says. She also loved working with Luna, adding, “Diego is lovely.”

But for now, Arjona is just happy for audiences to connect with Martine’s story in “Morbius.” “She’s extremely intelligent, very strong, speaks with conviction, and isn’t afraid to speak her mind, and that’s the element of Martine that I really liked,” she says. “I wanted to be her for three months.”