Alanis Morissette Puts a “Bridgerton” Twist on “You Oughta Know” 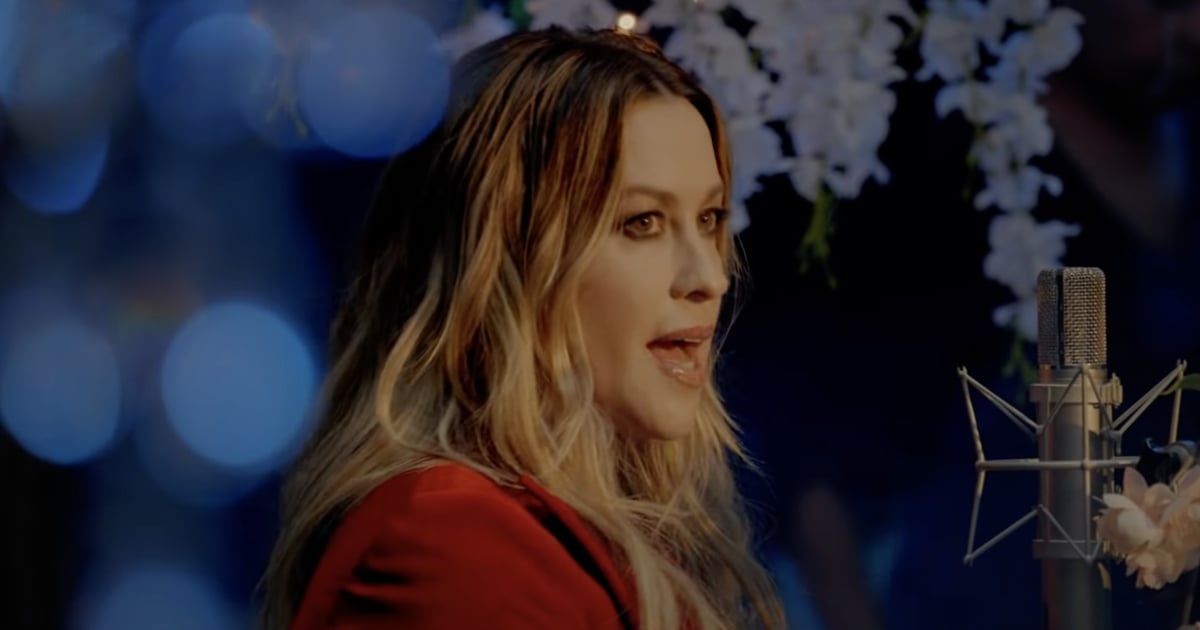 Alanis Morissette’s biggest hit has been given the full “Bridgerton” treatment. In a video released by Netflix on April 1, the music icon sings along to the instrumental version of “You Oughta Know” from “Bridgerton”‘s season two soundtrack with backup music by Kroma Strings and Duomo. We first heard the orchestral cover in episode five of the show’s second season, but watching Morissette belt out the lyrics on top of the reimagined arrangement took our obsession to the next level.

In the music-video-style production, Morissette croons into a flower-covered microphone while surrounded by magnolia blooms similar to the ones featured in “Bridgerton“‘s title sequence. About a third of the way through, clips begin playing of Anthony Bridgerton (Jonathan Bailey) and Kate Sharma (Simone Ashley) putting their strong chemistry on display.

“You Oughta Know” is just one of the many contemporary tunes that gets a Regency-era upgrade in season two of “Bridgerton.” The show’s latest episodes feature catchy string covers of other hits like Rihanna‘s “Diamonds,” Harry Styles’s “Sign of the Times,” and Robyn’s “Dancing on My Own,” while the season one soundtrack includes instrumental renditions of Ariana Grande‘s “Thank U, Next,” Billie Eilish‘s “Bad Guy,” Taylor Swift‘s “Wildest Dreams,” and more. We can’t wait to see which songs the show’s music director chooses to transform for season three.