Amber Riley on the “Cooler” Twist of “Single Black Female” 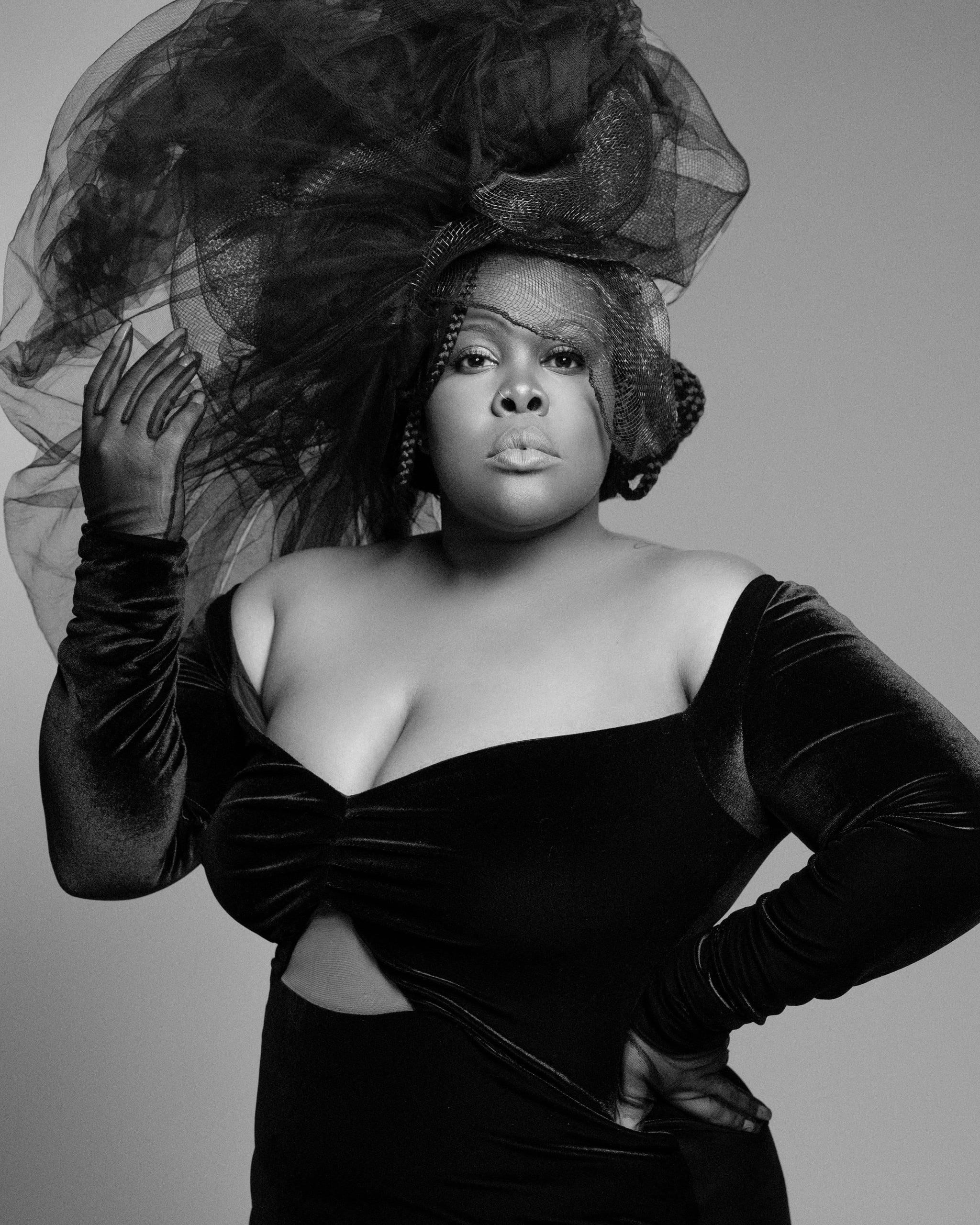 After years of being compared, Amber Riley and Raven Goodwin are finally sharing a screen — and it’s the perfect pairing. Lifetime‘s upcoming “Single Black Female” follows Monica (Goodwin) as she grieves the loss of her father. While she’s coping with her loss, she gets a new assistant, Simone (Riley) — who will turn out to have more than looks in common with her. Plot-wise, the remake of “Single White Female” departs in several ways from the 1992 psychological thriller — but the creepiness remains. POPSUGAR spoke to Riley about working with Goodwin, starring in a remake, and what’s in store for her musical future.

Riley and Goodwin were at the top of the casting directors’ wish list when she was offered the role. “It was really cool,” she says. “Me and Raven already wanted to do a project together. We’ve known each other for years. We’ve been good friends for years. So it was really exciting and kind of like a no-brainer.”

“Me and Raven already wanted to do a project together. We’ve known each other for years. We’ve been good friends for years.”

The two have faced comparisons for years, and the Lifetime film embraces that. For the “Glee” alum, while these comparisons are mostly “flattering,” the caveat is that the actors sometimes aren’t appropriately credited for their projects. “I just always want other actors – because I’ve been compared to other Black actors also – I want them to get their shine and I want them to get their appropriate flowers,” Riley says. “Most of the time it’s flattering, because [Goodwin]’s so gorgeous and she’s done so much in this industry. But at the same time, it’s like when she does something amazing, like playing Denise in ‘The Clark Sisters,’ give her her props where it’s due, because she did an amazing job in it. So it’s a good side and a bad side to it.”

The actors couldn’t be more different from their “Single Black Female” characters. Riley takes on a stalker persona — a dramatic departure from her previous projects. “It was just fun to play something completely different. This is my first time being in a thriller, so it was kind of exciting to be able to play someone so crazy and to show a different skill in my acting,” she says, noting that Simone is “crazy.”

While it contains its predecessor’s overall essence, “Single Black Female” stands on its own. “It’s a cult classic and it’s a fun thriller, and I think that we kind of captured the suspense like the original film does,” Riley says. “[The] only thing they left out was the stiletto,” she says, referring to the iconic scene in the 1992 thriller where Hedy (Jennifer Jason Leigh) stabs Allie’s (Bridget Fonda) ex-boyfriend, Sam (Steven Weber). “We don’t have that in the film; we have something much better. We have something cooler.”

Riley suggests pairing the movie with a drinking game: take a sip or a shot “every time someone screams, every time Simone kind of pops up out of nowhere, and every time you hear the word ‘sister.'” Fair warning: these things happen a lot in the film.

When it comes to life after “Single Black Female,” Riley says, “I think who I am as a person is more in my music. And as an artist, [my personality] is more in my music than as an actor. . . . I’m working on my second EP. It’s always going to be R&B and soul. I think this time around, I’m working on more ballads and bigger songs, whereas the first time I was giving you good vibes, R&B vibes. . . . But I think they’ll be a little bit bigger and a little more soulful.” The singer debuted her first EP, “RILEY,” in Oct. 2020 under the stage name RILEY.

In addition to music, Riley sees herself starring in her own show. “I definitely want my own television show. That’s a dream that I’ve had since I was a little girl,” she says. “I definitely envision in the next couple of years it’s something that I’m working toward, with creating, producing, and starring in my own TV show.”