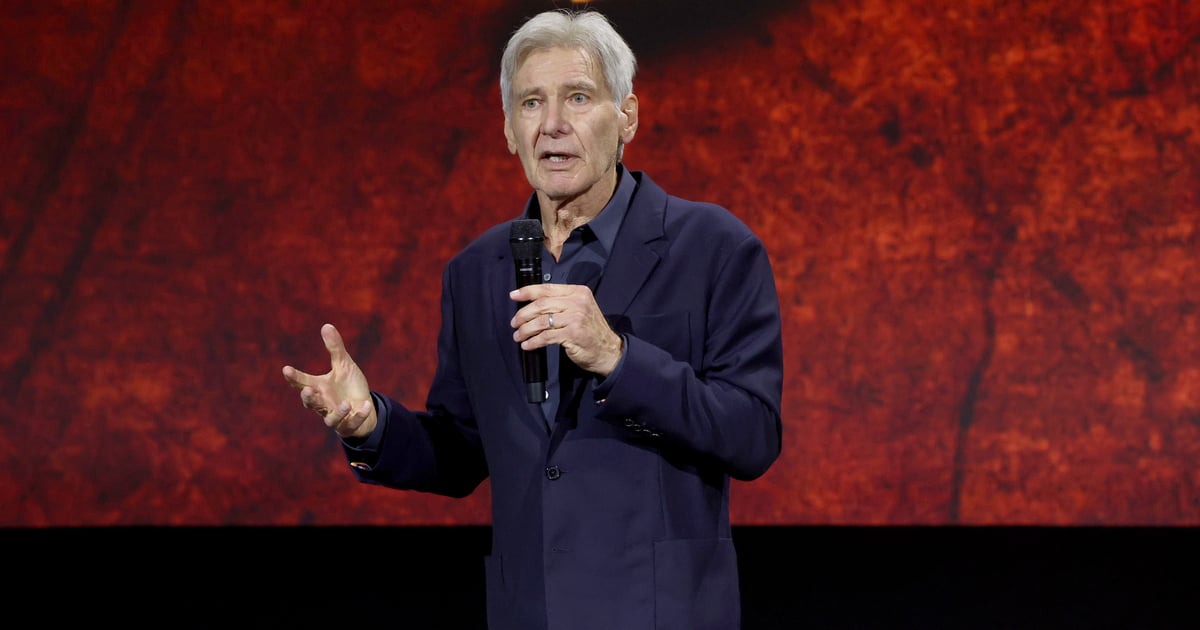 Short Round and Indy are together again! On Saturday, Sept. 10, “Indiana Jones and the Temple of Doom” actor Ke Huy Quan reunited with Harrison Ford for a sweet reunion photo that Quan shared on his Instagram. The “Everything Everywhere All at Once” actor captioned the snap, “‘I love you, Indy.’ Indiana Jones and Short Round reunited after 38 years.”

Saturday proved to be an emotional day for Ford. Not only did he reunite with Quan, who will star in Season 2 of “Loki” on Disney+, he also introduced the first teaser for “Indiana Jones 5” at the D23 Expo (the teaser hasn’t been released online yet) and bid farewell to one of his most iconic characters. As reported by Variety, the usually stoic Ford was visibly choked up as he talked about the upcoming film and hanging up Indy’s fedora for good.

“Thank you for making these films such an incredible experience for all of us,” he said. “I’m very proud to say that this one is fantastic.” The “Star Wars” actor then pointed at his costar Phoebe Waller-Bridge before giving her credit for helping to make this Indiana Jones adventure so special. “And this is one of the reasons,” he said.

Ford continued, “‘Indiana Jones’ movies are about fantasy and mystery, but they’re also about heart. We have a really great story to tell, as well as a movie that will kick your ass.”

“Indiana Jones 5” is set to premiere in theaters on June 30, 2023. Details about the movie’s plot remain scarce, but most of the cast has been announced. In addition to Ford and Waller-Bridge, the movie also stars Mads Mikkelsen, Antonio Banderas, Boyd Holbrook, Shaunette Renée Wilson, Thomas Kretschmann, and Toby Jones. Meanwhile, “Logan” director James Mangold will helm the film, marking the first time in the franchise’s history that Steven Spielberg isn’t directing.

From Mangold taking over at the helm for Spielberg to Ford’s praise for Waller-Bridge, there is a feeling that “Indiana Jones 5” may be passing the torch on to a new generation. At 80, Ford made it clear that even though he loves the franchise, he’s ready to let himself and Indy rest after this one.

“This is it,” he said, per Variety. “I will not fall down for you again. But thank you so much.”