And Just Like That: Carrie Smooches Mr. Big in the Long-Awaited Teaser Trailer 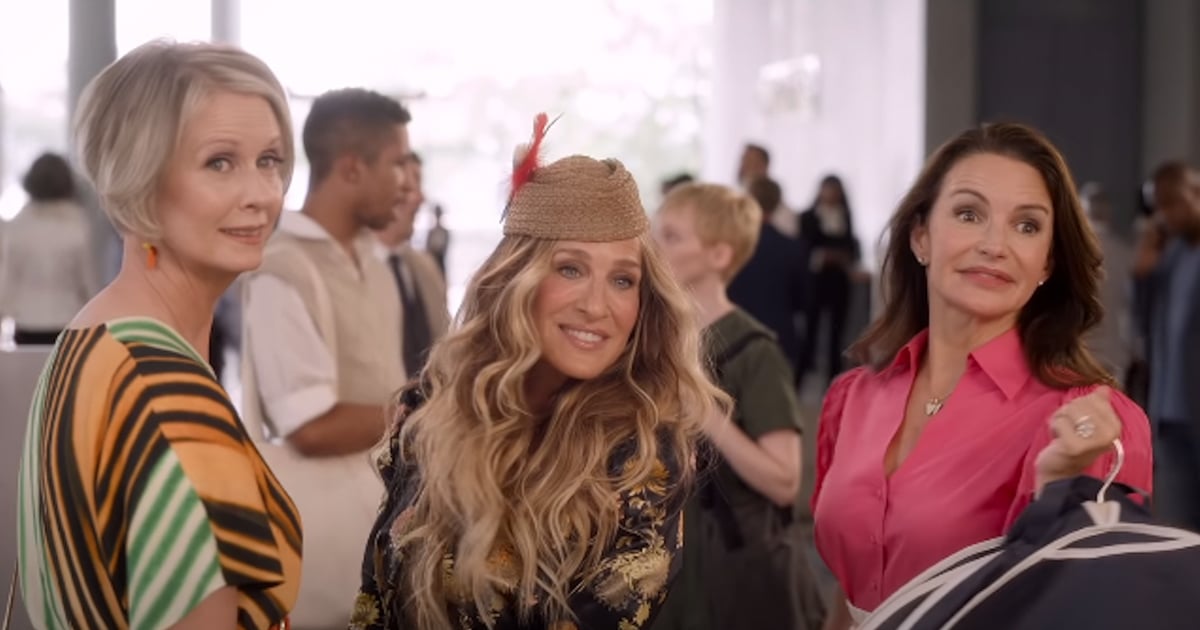 HBO Max has finally released the first teaser trailer for the Sex and the City reboot, and we’re emotional! The show, titled And Just Like That…, is currently still in production and centers on the lives of Carrie Bradshaw (Sarah Jessica Parker), Miranda Hobbes (Cynthia Nixon), and Charlotte York-Goldenblatt (Kristin Davis) as they navigate New York City, now in their 50s. The trailer sets off all the nostalgia bells as Carrie can be heard in a voice-over saying, “They say some things never change,” while a scene flashes of her getting lunch with her girls. We also see her speaking as a guest on a podcast show hosted by Che Diaz (Sara Ramirez), a new character who is a nonbinary, queer comedian. And of course, a scene flashes of Carrie giving Mr. Big (Chris Noth) a smooch.

“But the truth is, life is full of surprises, and as your story unfolds, the city reinvents itself. And just like that, a new chapter begins,” Carrie continues in a voice-over for the teaser. As the clip goes on, we also see glimpses of past characters including Mr. Big’s ex-wife, Natasha Naginsky (Bridget Moynahan); Charlotte’s husband, Harry Goldenblatt (Evan Handler); Miranda’s husband, Steve Brady (David Eigenberg); and Stanford Blatch (the late Willie Garson). Newcomer Nicole Ari Parker appears in the trailer as well as friend Lisa Todd Wexley, the replacement of Kim Cattrall‘s Samantha Jones. Watch the trailer above for a look at what’s to come!

And Just Like That… premieres on HBO Max on Dec. 9 with two episodes followed by weekly drops.