Anthony Anderson Reacts to “Black-ish” Emmys Snub: “Can You Believe That Sh*t?” 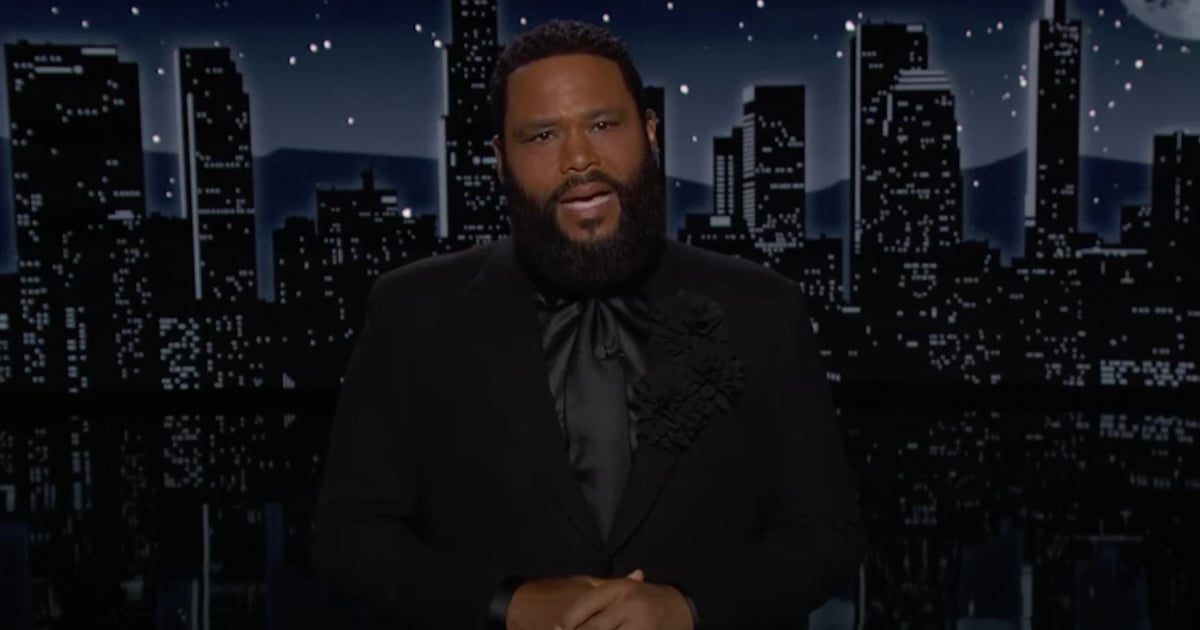 Anthony Anderson has a bone to pick with the Television Academy. The 2022 Emmy Award nominations were announced on July 12, and while some stars made history and celebrated their inaugural nods, others found themselves snubbed by the Academy — including Anderson and his fellow “Black-ish” costars.

Though Anderson’s ABC series was nominated for outstanding contemporary costumes and contemporary hairstyling, the cast themselves weren’t honored for their eighth and final season. “You know who did not get nominated for a primetime Emmy this morning? America’s sweetheart — me,” Anderson said Tuesday night during his guest-hosting gig on “Jimmy Kimmel Live!” “Neither did my show ‘Black-ish‘ or my costar Tracee Ellis Ross. Can you believe that sh*t, mama?” He added: “Look now, I’m not saying the voters were stupid for not nominating me or ‘Black-ish’ or Tracee, I’m just saying they’re racists,” he joked.

Anderson went on to point out that shows like “Only Murders in the Building,” “What We Do in the Shadows,”and “Barry” — all murder-centered shows — were nominated for comedy Emmys. “So ‘Black-ish’ wasn’t nominated, but we’ve been named the lead suspect in all those white-people murder shows,” he added jokingly.

In addition to “Black-ish,” Anderson shared that his game show, “To Tell the Truth,” and hosting skills were also snubbed from the Emmy nominations. The actor joins others like “Stranger Things” star Sadie Sink, “Succession”‘s Alan Ruck, Mandy Moore, Jennifer Aniston, and Julia Roberts who were excluded from this year’s nominees, too.