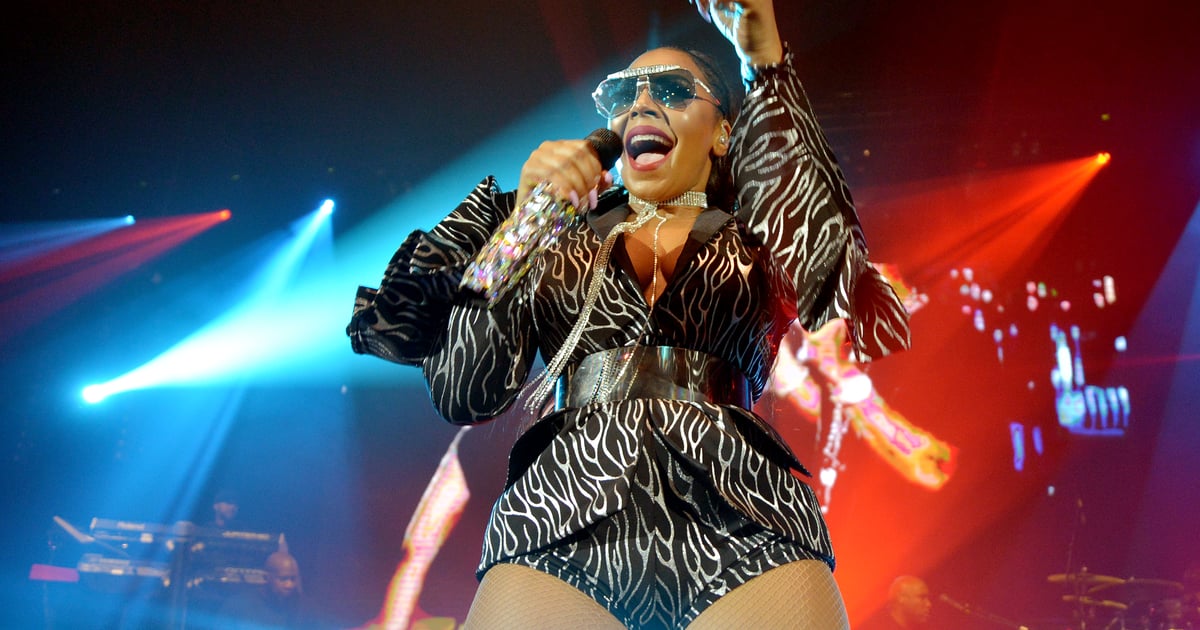 Ashanti is having one hell of a year! In addition to producing and starring in an upcoming rom-com, turning heads at the MTV VMAs, and going head-to-head with Keyshia Cole in a Verzuz battle and then popping up at Fat Joe and Ja Rule’s, the 41-year-old star is also rerecording her 2002 self-titled debut album after officially obtaining her masters.

She revealed the exciting news during an appearance on Tamron Hall back in September. “It’s so surreal,” she said. “I have an amazing legal team. And I got my first record deal when I was 14 years old, so understanding and seeing how things have changed so much from then to now and conceptually understanding what you’re signing is so imperative, it’s so important nowadays.” On Nov. 15, she appeared on The Angie Martinez Show and opened up about why she chose to rerecord her album instead of making a new one, citing the importance of owning her masters.

“The thinking behind that is showing the business side of ownership and how important it is to own,” she said. Martinez then confirmed that once Ashanti rerecords her first album, she’ll own it, telling her, “You’re about to get a big bag.” Many fans are excited to hear Ashanti is getting back in the studio to re-create the magic from her debut album, but it seems Murder Inc. cofounder Irv Gotti is taking issue with what he perceives as her trying to cheat him out of money.

“@angiemartinez just for super clarity. I own all those great Ashanti Albums Angie,” he wrote in Martinez’s Instagram comments in response to the interview. “I own the Masters. And. I Produced all those great Ashanti Albums. So I also own a good portion of the Publishing. What she is trying to do is re record all those great records. And put them out on her label. She can do this under the COVER laws. But she is basically trying to f*ck me out of my Masters. And make people decide which album to listen too or stream. Hoping her loyal fans will choose her version.” Ashanti hasn’t responded to Gotti’s comment yet, but we predict she’ll continue on with her plans as an independent artist (and we support them!).

She has yet to announce an official release date for the album, but Martinez did theorize that it could arrive around the same time the R&B superstar is expected to get her star on the Hollywood Walk of Fame in April 2022. In the meantime, we’ll just be over here listening to “Happy,” “Baby,” and “Foolish” on repeat.