Becca Tilley Gushes Over Hayley Kiyoko: “[She] Has Really Made Me Feel Brave” 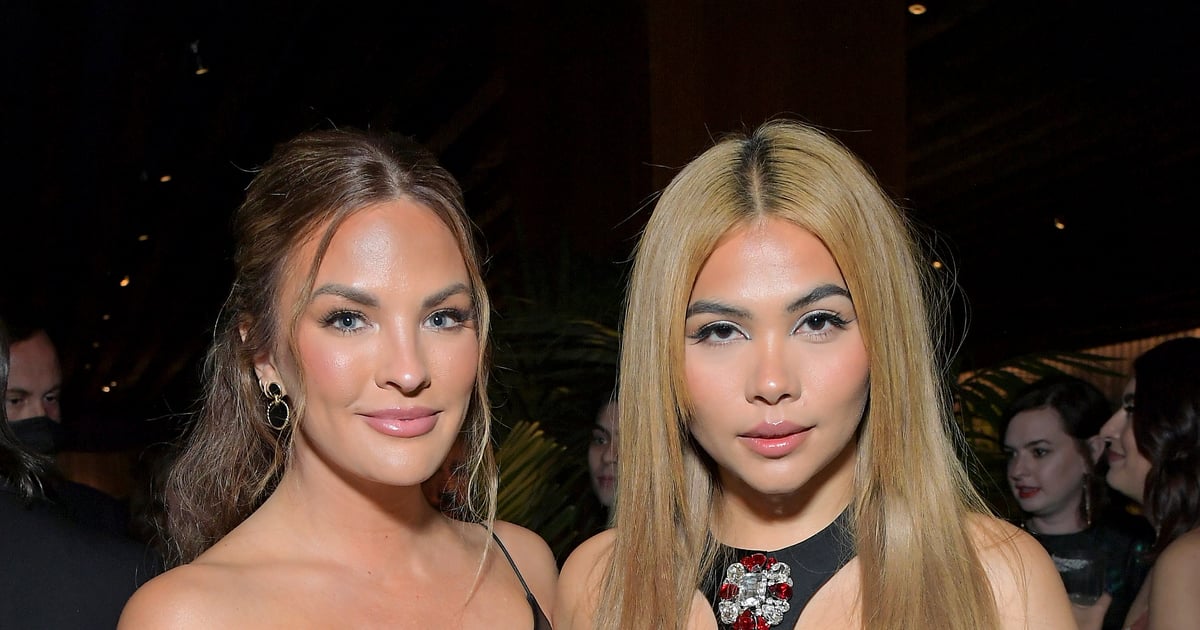 After much speculation, Becca Tilley and Hayley Kiyoko confirmed their romance on May 20 in the singer’s “For the Girls” video. And on the May 23 episode of Tilley’s podcast, “Scrubbing In With Becca Tilley & Tanya Rad,” Tilley said she’s been floored by the public’s response to the news.

“I was prepared for anything and everything,” she said. “I was not prepared for the amount of love and support that we got. Like, I just could have never predicted.” Apparently, Kiyoko’s encouragement helped Tilley feel comfortable with finally coming out. “Hayley has really made me feel brave,” she said. “And she was always like, ‘People are gonna love you, people love you, and they want to see you happy.'”

Rumors about their relationship have been swirling since 2018, when Tilley and Kiyoko cozied up in photos at Nylon’s annual Young Hollywood party. In 2019, Tilley revealed that she was in a relationship but wanted to keep it private. But in Kiyoko’s video for “For the Girls,” which parodies “The Bachelorette,” Tilley steps out of the limousine at the eleventh hour and sweeps Kiyoko off her feet.

Being in one of Kiyoko’s music videos has always been a part of Tilley’s plan. “I’ve always said, ‘I’ll go public — we can go public if I can be in one of your videos, like, be the video girl,'” she said on the podcast. “And I’m not an actress and she always hires actors, like, legit actresses. And so she was always like, ‘OK,'” she said. “And I just was kind of like, ‘I think I’m ready, like, I think it’s time.’ For four years, you know, it’s been our relationship.”

Despite keeping their relationship out of the public eye until now, Tilley and Kiyoko haven’t exactly kept their relationship a total secret. “We were very much ourselves. We held hands in public. We kiss,” Tilley added. “If I met someone . . . I introduce her [as] my girlfriend, Hayley. I never was like, ‘This is my friend or my best friend,'” she continued. “I really made an effort to make sure that there was that distinction between private and secret.” Tilley also discussed introducing Kiyoko to some of her “Bachelor” community, including Ben Higgins, and the pair also attended JoJo Fletcher and Jordan Rodgers’s recent wedding together.

Tilley went on to discuss her sexuality, adding that she’s never identified with a specific label. “Leading up to this point, I was like, ‘Oh, my gosh, I’m gonna have to address, like, my sexuality, my label,'” she said. “I’ve never connected with that. And I think my story is different from other people . . . This isn’t something, like, I personally navigated my whole life. When I met Hayley, that was the first time I had that specifically for a woman.” Tilley added that she had had crushes on both Kate Winslet and Leonardo DiCaprio in “Titanic” and Joey and Pacey on “Dawson’s Creek” but had never given much thought to fitting into a particular category of sexuality.

Tilley also dropped a few other gems on the podcast, including the fact that Taylor Swift was the first person outside of Tilley and Kiyoko’s immediate friends and family to know about their relationship. “The first person who found out outside of my family and friends in a weird way, I think was Taylor Swift,” Tilley said. “Because I flew out for Hayley [when she] went on stage with her in Boston, and after the show, I got to meet Taylor in her dressing room,” Tilley said. “When I was thinking about it, I was, like, ‘I think that was the first person who knew other than my friends and family.’ . . . It felt like talking to a friend.”

Ahead, check out their cutest pics together — so far.