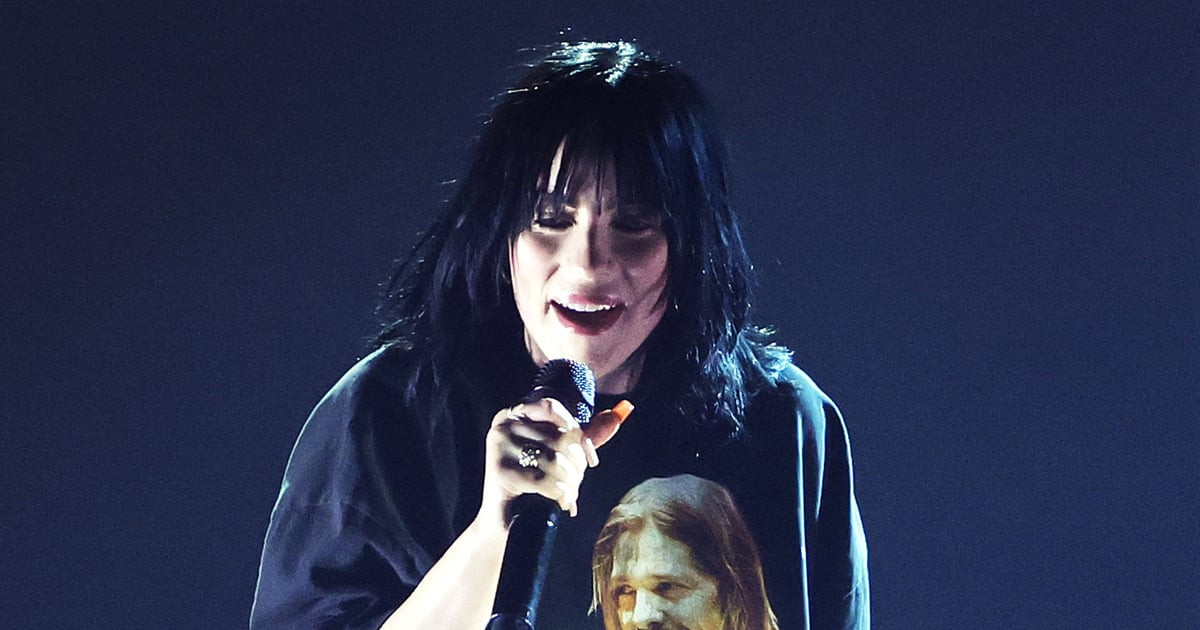 Billie Eilish paid tribute to the late Foo Fighters drummer Taylor Hawkins during her performance at the 2022 Grammys. After walking the red carpet in a Rick Owens trench coat, she changed outfits and took the stage wearing a graphic T-shirt with the musician’s face on it. Custom-made by fashion designer Willy Chavarria, the shirt was front and center as Eilish sang her hit song “Happier Than Ever” alongside her brother, Finneas — she made sure to hold it out for the cameras at the end of the performance.

Hawkins died unexpectedly at age 50 on March 25. During an interview before the 2021 Oscars two days later, Eilish expressed grief over his death, telling “Access Hollywood,” “It was incredibly heartbreaking. It was right before we went on stage. And we got the news, and it really, really tore us all apart. It’s horribly, horribly tragic.” Finneas added, “We were admirers of his work years before we got to meet him. We only met him a handful of times . . . I wish we got to spend more time with him, but he couldn’t have been a kinder, cooler, more generous person as well.”

The Foo Fighters won three Grammys on April 3, including best rock album, best rock performance, and best rock song, and Hawkins was honored with a tribute during the ceremony. Read ahead to see the touching way Eilish kept the music legend’s legacy alive at the Grammys.