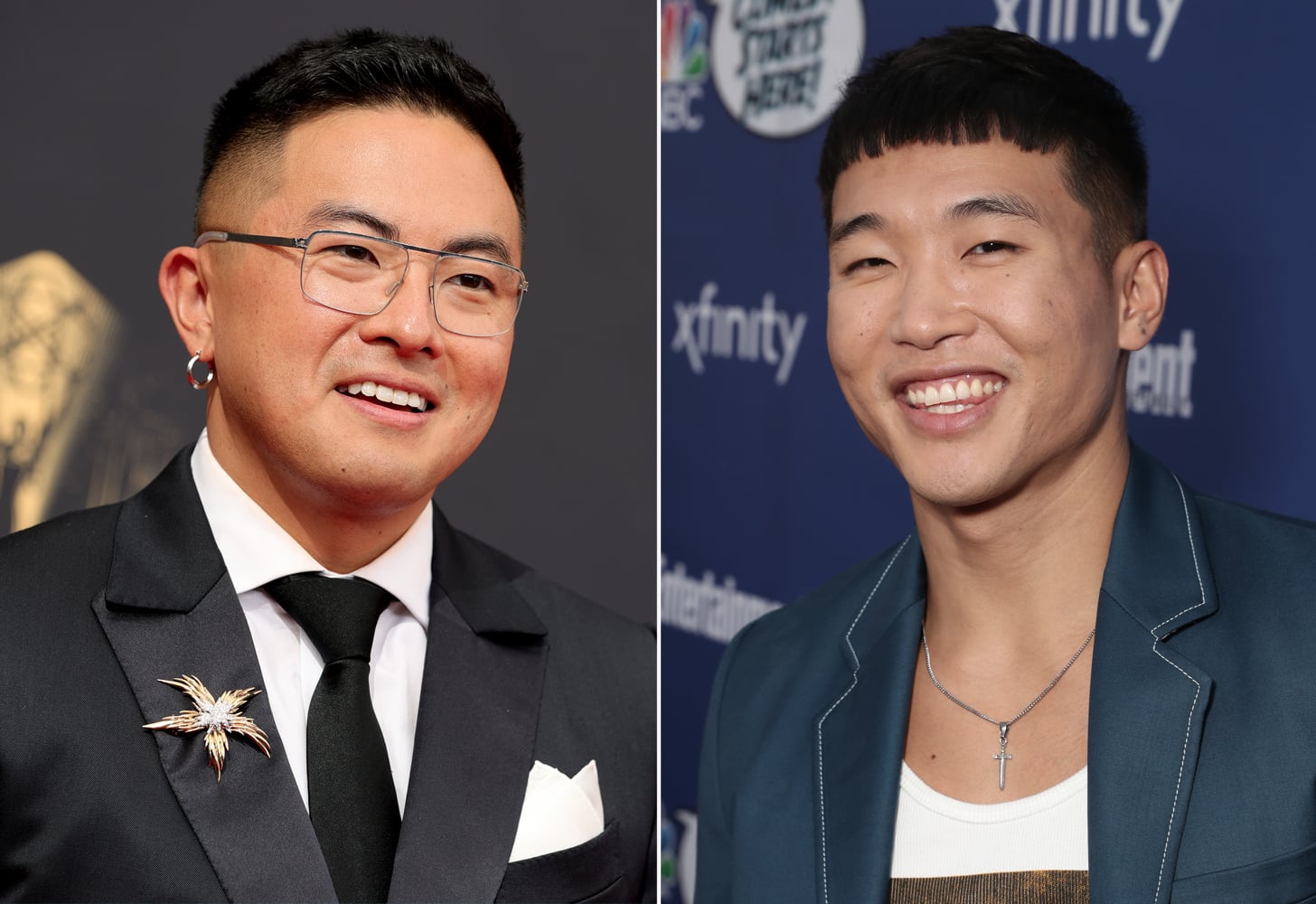 Bowen Yang’s star power is perpetually on the rise. Since making history as the first Chinese-American cast member to join “Saturday Night Live” in 2019, the comedian has nabbed roles in several shows and films, including “Girls5eva,” “Awkwafina Is Nora From Queens,” and “The Lost City,” in addition to a scripted podcast series, “Hot White Heist.” His latest project, however, is shaping up to be a career highlight.

This June, the Emmy nominee will grace screens as Howie in Hulu’s “Fire Island,” a gay rom-com that puts a modern spin on Jane Austen’s “Pride and Prejudice.” The movie not only provides necessary queer representation on screen, boasting an entirely LGBTQ+ main cast, but it also provided Yang the opportunity to work with longtime best friend Joel Kim Booster, who both wrote and stars in the film. The experience could only be described as surreal, Yang tells POPSUGAR during an interview about Absolut’s Out & Open campaign. The initiative aims to protect LBGTQ+ bars as safe spaces for the community amid an uptick in permanent closures — a cause that’s near and dear to Yang’s heart. 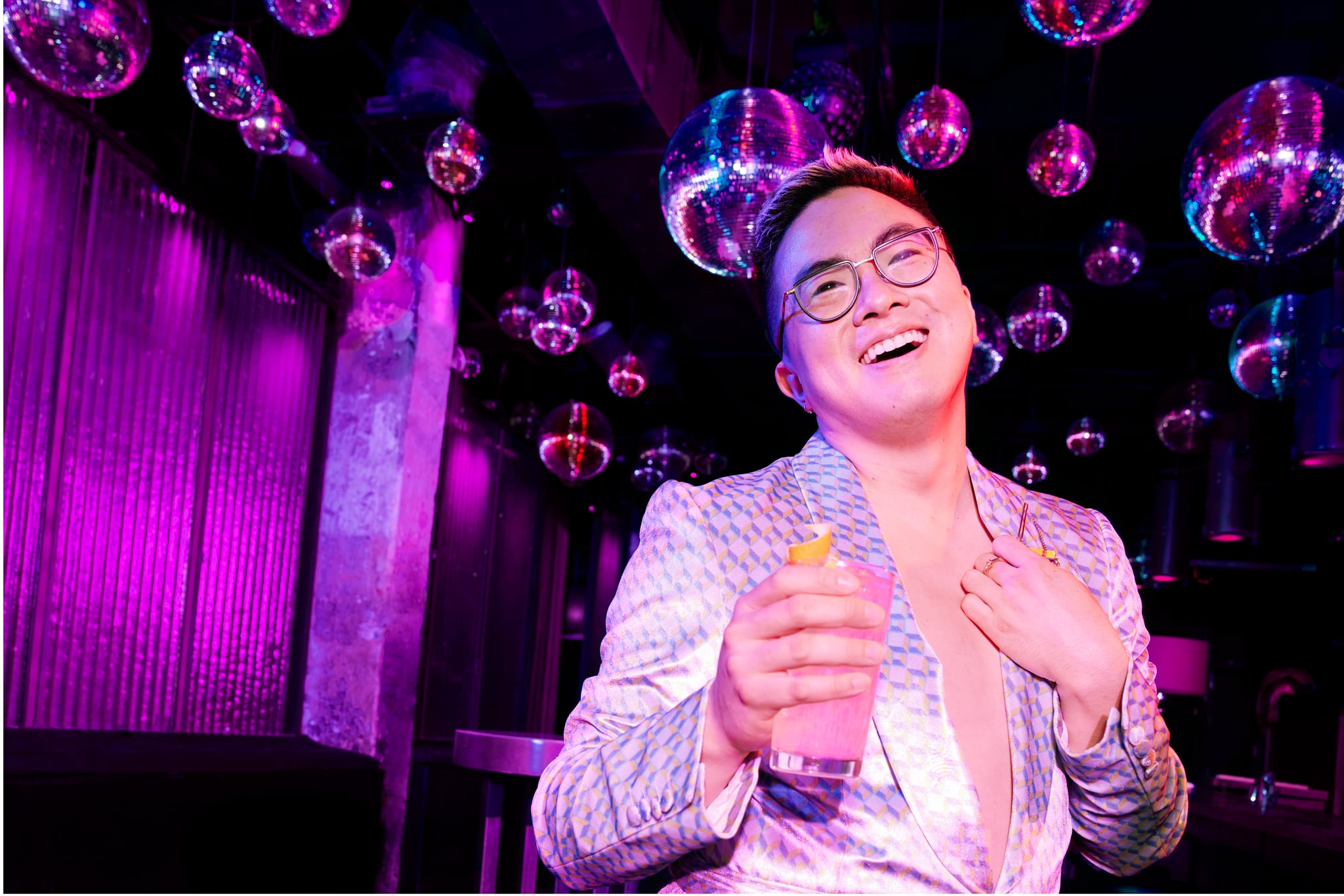 “This project is his little baby, and I’m just really happy to be along for the ride,” Yang says of working with Booster on “Fire Island.” “The fact that he even thought to include me in this is just so surreal. I mean, we would come up in bar basements together, or we would not see each other for weeks at a time but then see each other at a show and check in. I feel like I lucked out so much by just having him around me.”

As it turns out, their friendship is more likely thanks to fate than a mere stroke of luck. Nearly a decade ago, a comedian from Chicago, where Booster lived at the time, virtually connected them in a pretty cringey way. “This comedian who was not Asian put us in this Facebook chat together and said, ‘You have to meet each other because you’re both Asian comedians.’ And it kind of felt immediately like, ‘OK, this is awkward. I don’t know how to go about this,'” Yang recalls. “Both of us were a little wary of the other at first, just because of that context.” About a year later, they met in person when Yang booked Booster for one of his comedy shows in New York City, and their connection felt “cosmically” destined.

“There was just something so fateful about meeting him.”

“I feel like I saw a star shower when we met up for the first time,” Yang says. “There was just something so fateful about meeting him finally that all that sort of melted away. We were like, ‘Oh, OK. It doesn’t even matter what the origin story is; we found each other. This is going to mean something.’ We’ve been able to transcend that moment for each other.”

For Yang, acting alongside Booster in “Fire Island” was equivalent to having a built-in sounding board and cheerleader on hand at all times. “We were able to be vulnerable with each other, like, ‘Hey, am I doing this right?'” he says. “I think in a lot of those situations you’re kind of wading in your own self-doubt constantly. It illustrates our whole friendship over the years, which is that we’ve had the other person nearby to be like, ‘Hey, I wouldn’t say this to anyone else, but are you feeling weird about this?'” 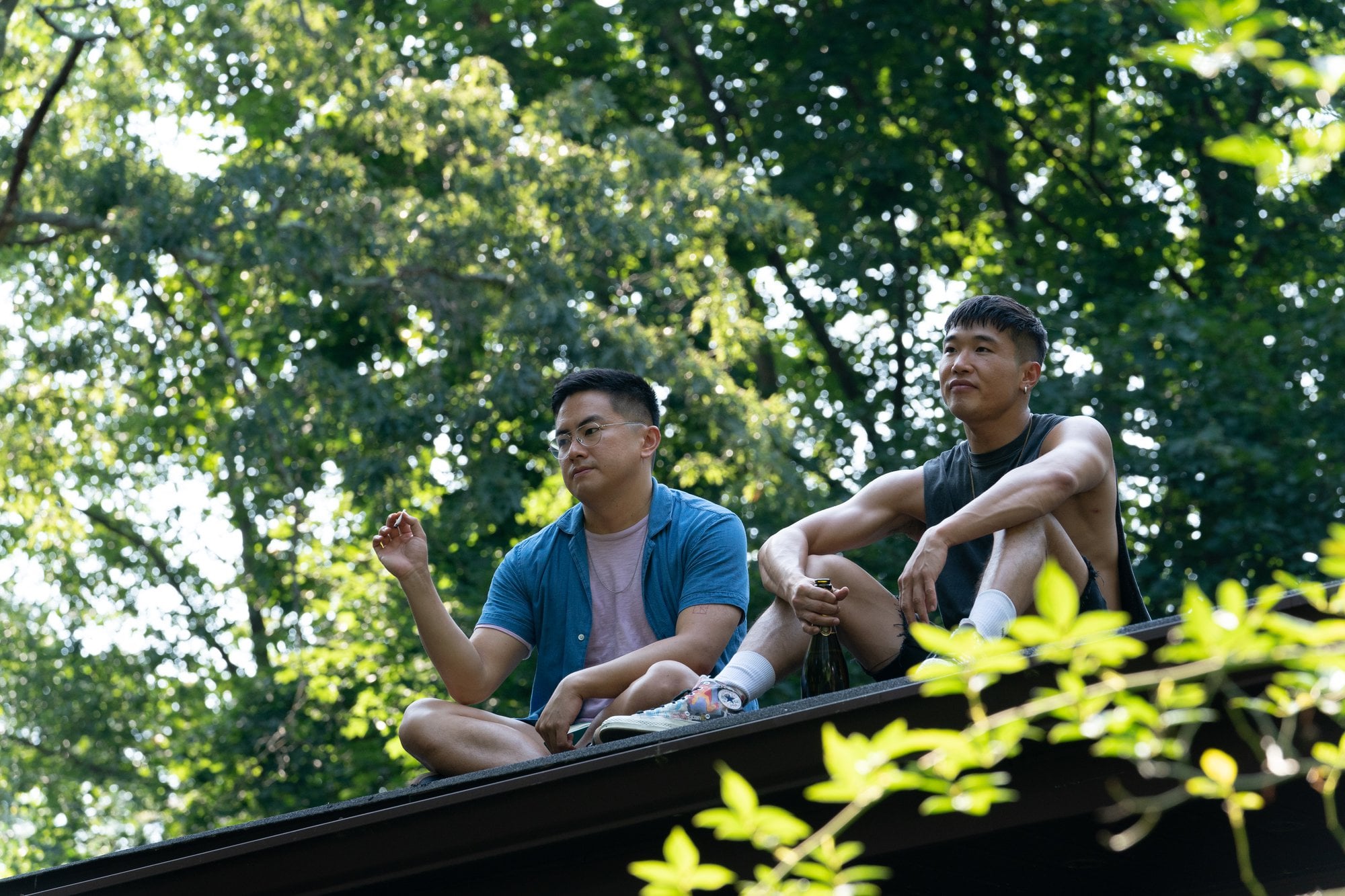 Booster is just one of Yang’s many sources of solace. The Australia-born star also cites “Awkwafina Is Nora From Queens” costar BD Wong and “Las Culturistas” podcast cohost Matt Rogers as longtime confidants. “The special thing about the queer community is that there’s a very special sort of hybrid relationship you have with those people where, of course you look up to them, of course you’ve worshiped them for as long as you’ve been conscious, but once you get to know them on an authentic level, you realize that it’s much more nuanced than that,” he says. “There are all these people who have just really carved some little indent into the mold of how people perceive queer people.”

Wong in particular once doled out some words of wisdom that have stuck with Yang — wisdom about the entertainment industry’s slow progress with highlighting LGBTQ+ talent and stories on screen. With more than 30 years of acting experience under his belt, Wong has had a front-row seat to improvements made in recent decades and understands it doesn’t come easily.

“BD always says that the reason why change has been so slow is because it hasn’t been inevitable,” Yang tells POPSUGAR. “Change isn’t always an inevitability; it’s something that you have to build developmental pathways toward. In order for more LGBTQ people to end up in entertainment, you have to make sure that people can touch the tent poles along the way so you can ensure their success as time goes on. I feel like [Wong] has been someone who’s planted so many of those tent poles.”

Despite his career’s upward trajectory, Yang jokes that’s about to change after “Fire Island” hits Hulu on June 3. “It’s one of my first feature-film experiences, and I feel like it’s all downhill from here now,” he tells POPSUGAR. “Not downhill, but I cherish this moment in terms of having this give me context for what a movie set can be so that hopefully if I get to do it in the future, no matter what the makeup of the cast is or the crew is, I know how to envision a best-case scenario and get as close to that as possible.”