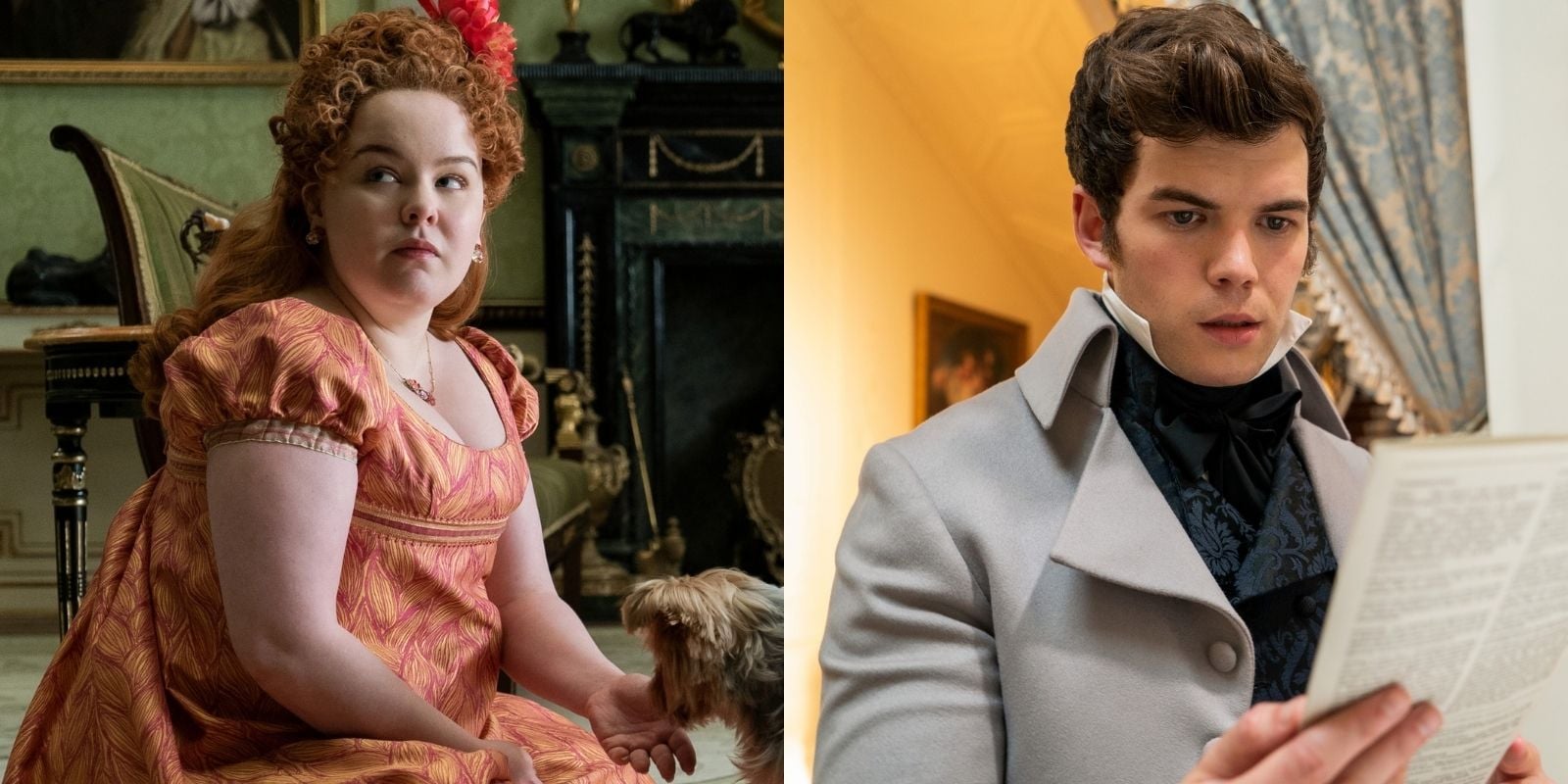 We’re still processing everything that happened in “Bridgerton” season two, but we’re also looking ahead to the next installment! The next season should be starting production in just a couple of months, but there are still almost no details out there about what to expect in season three — or who it will even be about. One theory is that season three will break the order of the book series and instead skip forward in the plot to focus on Colin and Penelope rather than on Benedict like the book series does in the third installment. Let’s take a look at the pros and cons of this particular possibility.

Signs “Bridgerton” Season 3 Will Be About Colin and Penelope

“Bridgerton” has set up the next season’s story by featuring it heavily in the previous one. In the first season, the second-most-featured storyline, we can probably agree, is Anthony’s. His ill-fated romance with Siena and the conclusion it leads him to (that it’s time for him to get married but that love is a waste of time) very neatly sets up season two. By the end of the season, it feels like the show is basically writing in neon letters, “This guy is your next protagonist!”

Colin and Penelope’s story certainly feels like the most likely candidate to come next if we’re going by that standard. In season two, both characters get a significant amount of screen time dedicated to their individual arcs and the growth of their relationship from childhood friends to something more. Really, how much longer can the show draw out their current dynamic before giving viewers some payoff? Contrast that with Benedict, who would be the logical “next in line” according to the order of the books, and it’s clear Benedict is much less of focus in season two. If his story is being set up, it’s being set up very subtly.

There’s also the actual content of the storylines to consider. By the end of season two, two major storylines are set up, both of which “belong” to Colin and Penelope’s book, “Romancing Mr. Bridgerton.” The scene at the end of the season where Penelope overhears Colin insisting he’d never court or marry her comes directly from the book, but in the book, it’s his brothers who are teasing him, not his friends, and their teasing is about his marriage prospects in general, not about Penelope’s wallflower status. In the same book, Penelope’s secret identity as Lady Whistledown is revealed to a few people at a time, which also happens in season two. Although the order of who finds out when is different in the TV version, the simple fact that her secret is leaking out seems to signal that Colin will find out sooner rather than later — and that plays a big part in the development of their romance.

Signs “Bridgerton” Season 3 Won’t Be About Colin and Penelope

With that being said, there’s still a good chance that season three won’t focus on Colin and Penelope.

So far, the TV version sticks to the order of the books, which would still put Benedict’s story, based on the third book, “An Offer From a Gentleman,” next. The timeline of the books matters, too. The first three books (Daphne’s, Anthony’s, and Benedict’s stories, respectively) all take place in consecutive years. Then there’s almost a decade time jump before the next “group” begins, with Colin and Penelope’s story taking place when they’re in their early 30s/late 20s.

Colin and Penelope are still very young in the TV show: Colin is 21, and Penelope is 18 during the second season. They haven’t yet gained the maturity that their book counterparts have by the time they fall in love in the books. Letting their season wait another year would give them the time to develop more as individuals so that when they do finally get “their” story, it will feel more natural and more satisfying.

The added bonus of keeping the seasons in the same order as the books would also be helpful for the rest of the series. Since there’s a time jump ahead of Colin and Penelope’s book, that would also provide the opportunity to age up the younger Bridgertons. In the book series, Colin’s, Eloise’s, and Francesca’s books all take place in the same year, while Hyacinth’s and Gregory’s stories happen just a year or two later. Putting off Colin and Penelope’s story until season 4 would allow for a more seamless time jump to continue the show beyond the current four-season order.