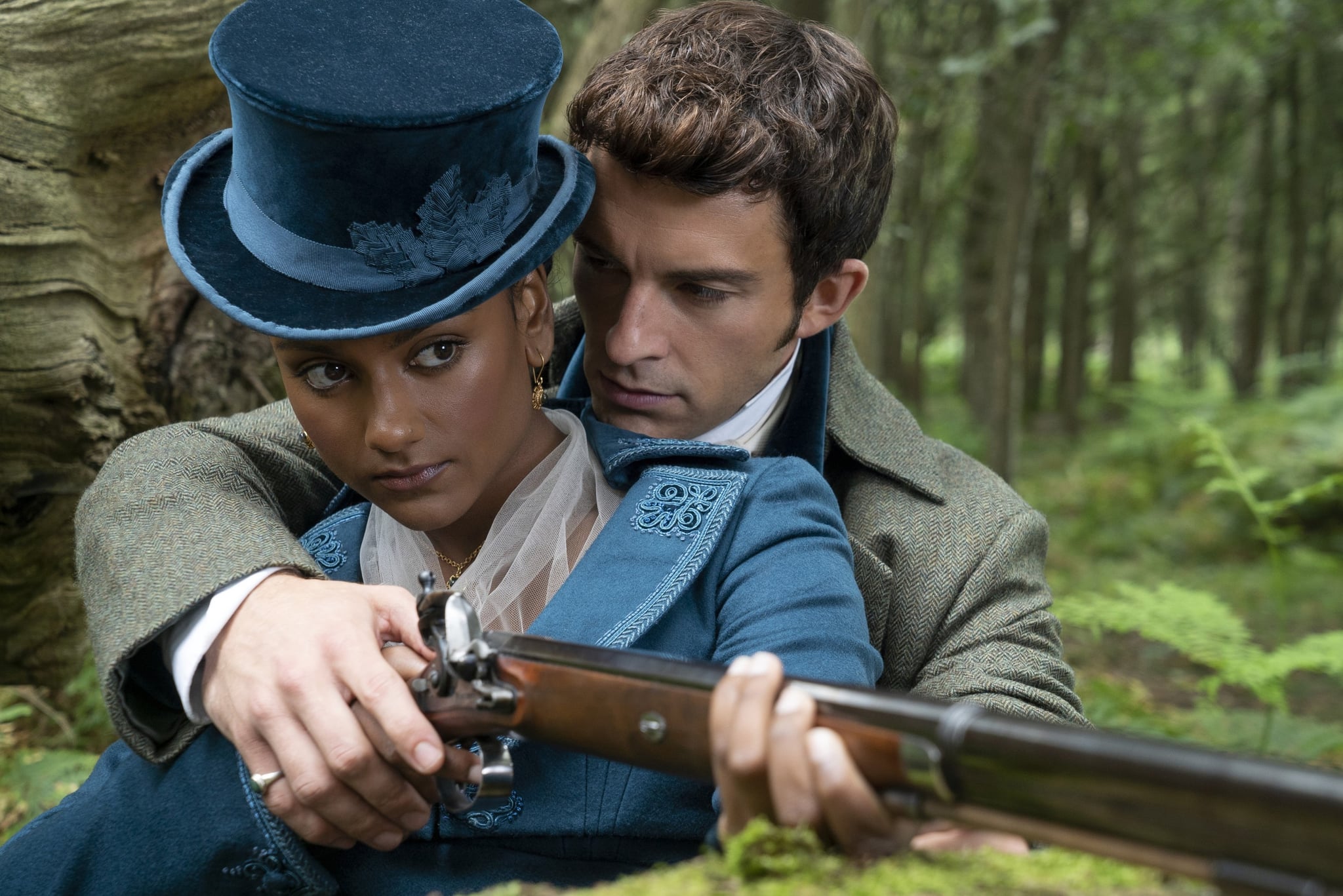 Yes, it’s true: season two of “Bridgerton” has fewer sex scenes than the first season. However, when it comes to romance and chemistry, the heated gazes, sharp-edged banter, and pure yearning between Anthony Bridgerton and Kate Sharma more than make up for it. Explicit sexy times or no, a satisfying, believable romance only works when the anticipation builds up just right. While “Bridgerton” first received attention for its unabashedly horny approach to romance, it really worked so well because it prioritized chemistry. We genuinely believed, while devouring season one, that Simon Basset and Daphne Bridgerton wanted to jump each other’s bones. Now, with season two, we completely buy that Kate and Anthony share a magnetic attraction — that they can’t pull away even when they know they should. The fact that season two only had two explicit sex scenes didn’t make it any less sexy. In fact, Anthony and Kate’s intense chemistry had some fans calling it an even sexier season — and the rest of Hollywood should take note of why.

Truly, there are few things as awkward as watching supposedly romantic scenes featuring people who seem to barely want to be in the same room. Since the rom-com genre’s decline, screen stories often expect us to believe chemistry is there just because they tell us it is. In reality, however, those romances rarely live up to expectations. Take the much-hyped (but meh) “Marry Me,” which missed the mark in the same way that so many Hollywood rom-coms have in the last decade: casting the biggest names possible and giving the all-important chemistry test a shrug. Or consider the emotional void that is most “romantic” subplots in big-brand franchises (hello and goodbye, Marvel’s “first sex scene” in “Eternals“). Hot people breathing in each other’s general direction or rolling around does not a romance make — no matter how artful the camera angles.

There’s an argument to be made that anticipation is, in fact, the hottest part of a romance arc — and it only works when a show puts chemistry first. Consider the rise of K-dramas stateside, for instance, which involve minimal explicit sexy times and lots of slow-burn, angsty longing. It’s not about the literal act of sex, but desire. The chemistry between the characters must set scenes alight.

That’s what makes “Bridgerton” work, even with controversial departures from the book. From the moment they meet, actors Jonathan Bailey and Simone Ashley make us feel the enemies-to-lovers frisson between Anthony and Kate. It carries the season, plain and simple — and reminds us that very few other TV shows seem to understand just how powerful chemistry can be.

Chemistry can flip perceptions on their head and even make complicated, occasionally unlikeable characters more compelling. “The Gilded Age” has a surprising lack of romance for a show touted as the new “Downton Abbey” and a glaring lack of sex for a show on HBO. Its magnetic center turns out to be the unshakable marriage between ambitious railroad tycoon George Russell (Morgan Spector) and his equally ambitious, social-climbing wife Bertha (Carrie Coon). They’re ruthless, single-minded, and often unkind. But there’s also palpable electricity in their every interaction. When George lowers his voice and asks Bertha if he can “stay” with her one night after they discuss their plans, or when he admires her ambition out loud, it’s hotter than an actual love scene. The show makes a solid case that there is nothing sexier than two people who remain crazy about each other after decades, who look at each other with undisguised admiration, and who find one another’s ambition to be the biggest turn-on of all. 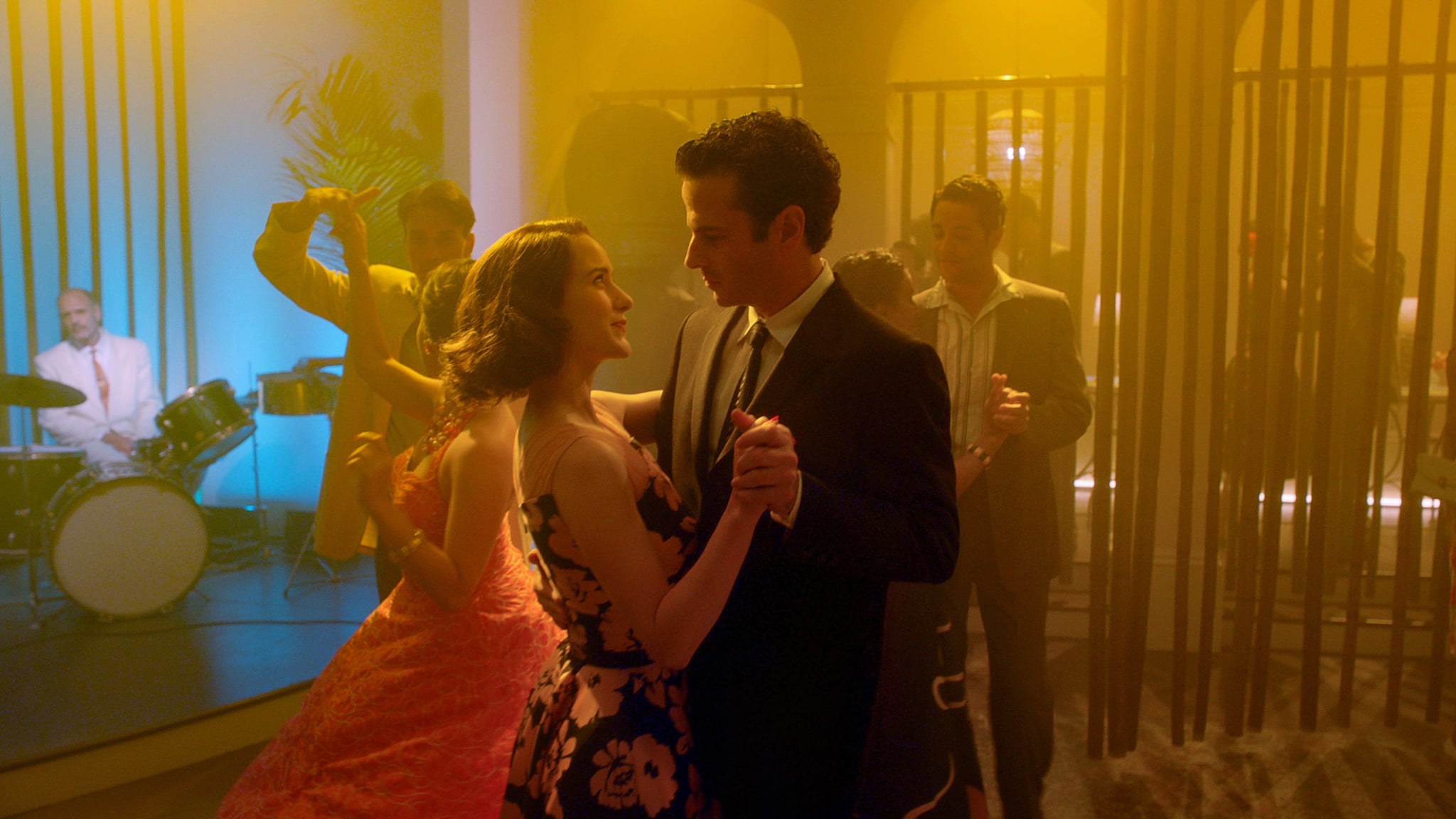 Truly excellent chemistry can even be powerful enough to change the course of a story entirely. Amazon’s “The Marvelous Mrs. Maisel” only intended a one-off cameo for Lenny Bruce (Luke Kirby), but his casual, smoldering charm and the effortless chemistry between him and main character Midge (Rachel Brosnahan) turned him into a recurring guest star and, eventually, a full-fledged love interest. Over the years, friendly banter and deep-seated — you guessed it — mutual respect and admiration evolved into long-held gazes. Rather than forcing it, the show let their chemistry develop naturally into one of TV’s most delicious slow burns. And when the two friends finally take things to the next level in season four, the resulting scene is white-hot without getting R-rated. Fleeing from a raid, waiting out a blizzard in Lenny’s hotel, and bantering about Midge’s “show corset” turns into subtle romantic declarations and what can only be described as some serious eye-f*cking. It takes a few minutes before they finally kiss (and for Lenny to oh-so-smoothly unzip Midge’s dress without missing a beat), and we only see a few sheet-covered moments of the pair in bed. But it’s scream-at-the-TV satisfying, because the build-up has made things sexier and more intimate than a rushed, unconsidered sex scene ever could have.

The second season of “Bridgerton” seems to understand this. It helps that “Bridgerton” is based on a series of romance novels, which get readers invested precisely by centering great chemistry. The world of romance novels covers many “degrees” of sexy times, from “open-door” romances that depict sex explicitly on the page to “fade-to-black” stories that cut away from the sex — and even romances that don’t involve sex at all. 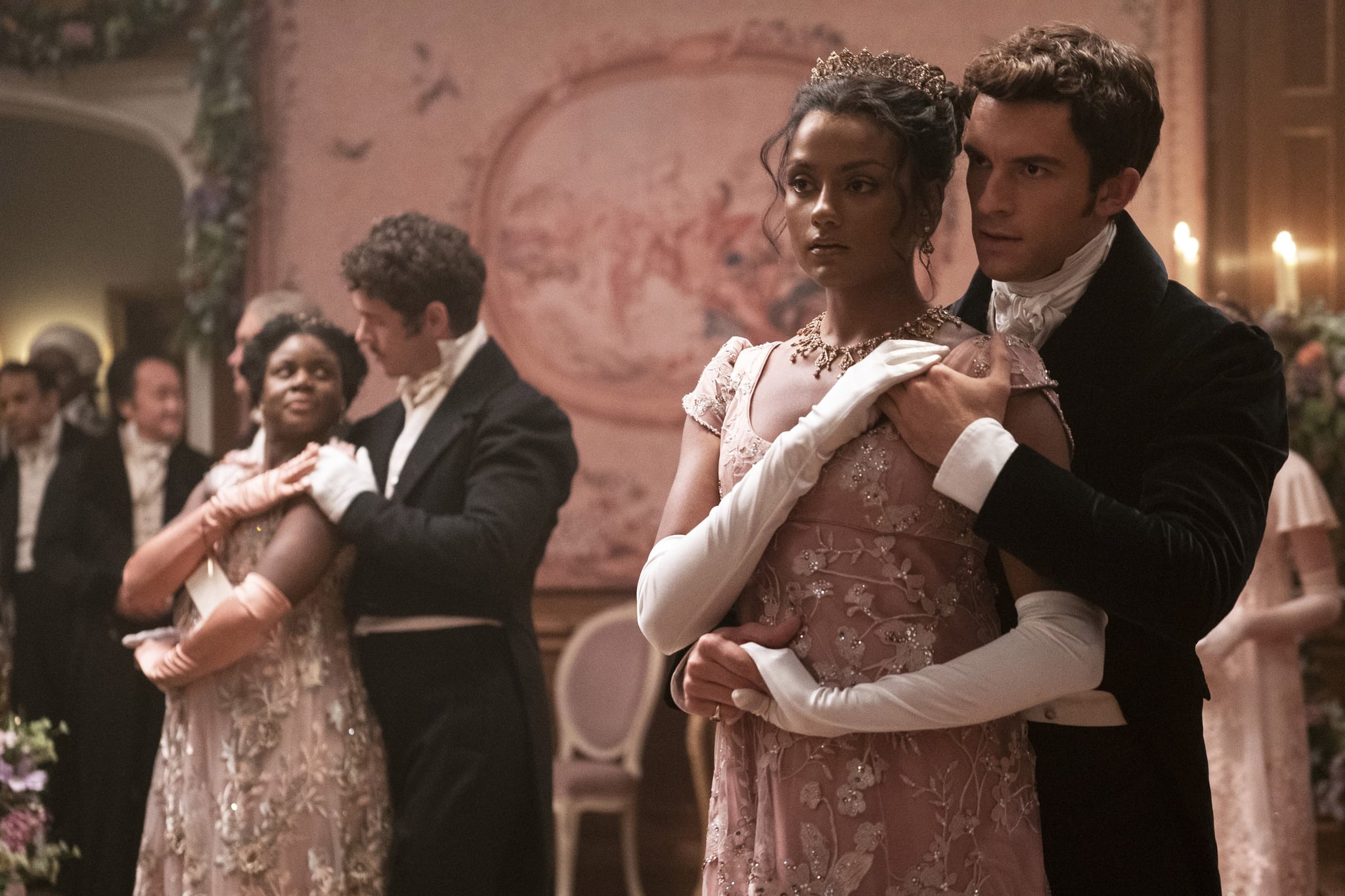 The key is emotional intimacy, which “Bridgerton” season two has in spades. Take the bee-sting scene — the first moment of vulnerability between Anthony and Kate. They (apparently) don’t even like each other at this point, but Anthony’s trauma-based panic and Kate’s tender response, letting him feel her heartbeat and breathing with him forehead-to-forehead, are shockingly intimate for two closed-off characters. From there, we progress to some close-proximity, tension-packed dance scenes and heated arguments. This chemistry evolves over a wonderfully, breathlessly maddening slow-burn, full of heated glances; near-kisses; and seductive, tortured whispers. When we finally get to the actual sex — a full seven episodes into an eight-episode season — it’s so explosive and hot that we have to fan ourselves like a Featherington.

Perhaps this is because “Bridgerton” and the other aforementioned shows embrace romance rather than acting almost embarrassed by it. Watching many TV shows and movies these days, one gets the impression that the writers have little use for romance, unless it’s to create angst or check off a box. It often feels tacked on, half-hearted, and tepid — as if they’re ashamed or unable to lean fully into it. That approach raises questions about romance (both the genre and the plot element) being perceived — like so many other things generally favored by women and other marginalized groups — as inherently “less than.”

But let’s look at the examples we just discussed. “The Gilded Age” was HBO Max’s top series. “The Marvelous Mrs. Maisel” has racked up 20 Emmys and counting. “Bridgerton” is a worldwide phenomenon, and romance is the second-most popular literary genre. So perhaps it’s high time that Hollywood stopped looking down on romantic storytelling and realized just how far great chemistry (and writing that highlights it) can take us.