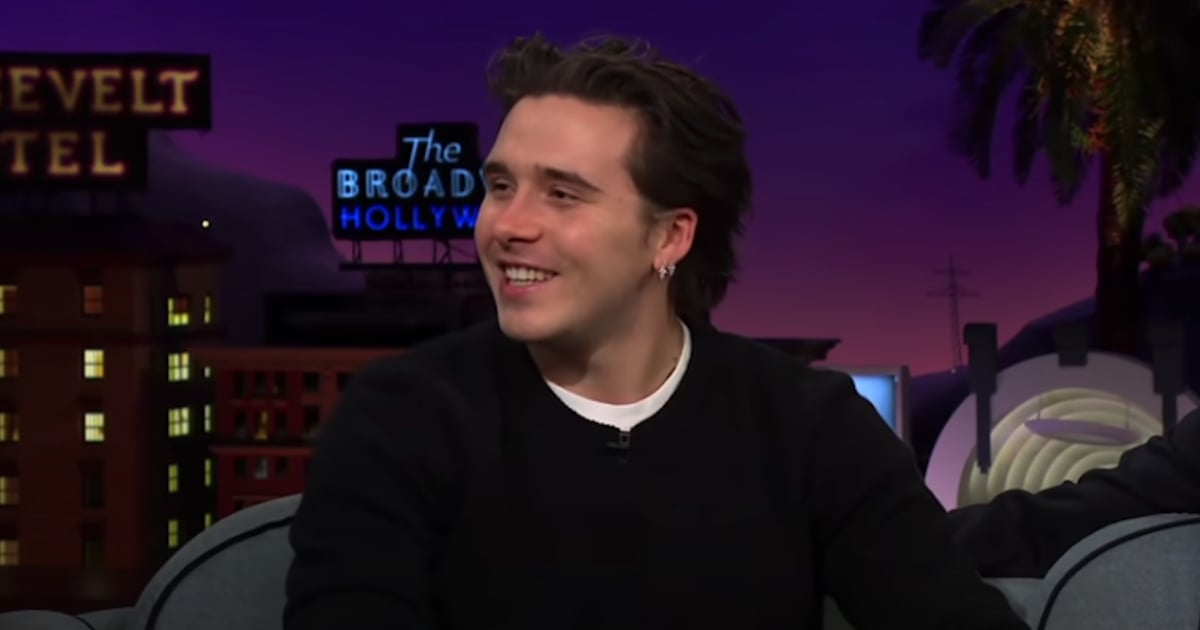 Brooklyn Beckham‘s nerves got the best of him while proposing to his now-fiancée Nicola Peltz. The 22-year-old photographer opened up about his July 2020 proposal during an appearance on “The Late Late Show with James Corden” on Monday night. Beckham recalled everything from the “embarrassing” beginning to the moment Peltz said yes. The photographer revealed that he guided the “Bates Motel” star up a hill in Bedford, NY, where a white gazebo decorated with peonies, candles, and Peltz’s favorite wine was waiting. “I couldn’t open up the wine, which was really embarrassing. After 10 minutes, I finally opened it, poured her a glass, got on my knees,” Beckham recalled, noting that Peltz wasn’t suspicious because he does grand romantic gestures “all the time.”

“I start telling her how much I love her. It lasted like five minutes. And then I reach back, I’ve got the ring, I open it, I was like, ‘Will you marry me? Because I want to be with you for the rest of my life. You’re my best friend,'” he said of his proposal speech. All seemed to be going well until Peltz was speechless. “She just started crying, and I was like, ‘Oh no!’ And then she didn’t answer me for another five minutes, she just kept crying. And I was like, ‘Is it a yes? Is it a no?’ It was a little bit nerve-wracking,” Beckham recalled. Watch the video above for more on the proposal and the backstory behind Beckham getting Peltz’s eyes tattooed on the back of his neck.

Announcing his engagement on Instagram in July 2020, Beckham wrote, “I asked my soulmate to marry me and she said yes xx I am the luckiest man in the world. I promise to be the best husband and the best daddy one day ❤️ I love you baby xx.”

Nicola followed up with, “You’ve made me the luckiest girl in the world. I can’t wait to spend the rest of my life by your side. your love is the most precious gift. I love you so so much baby.”