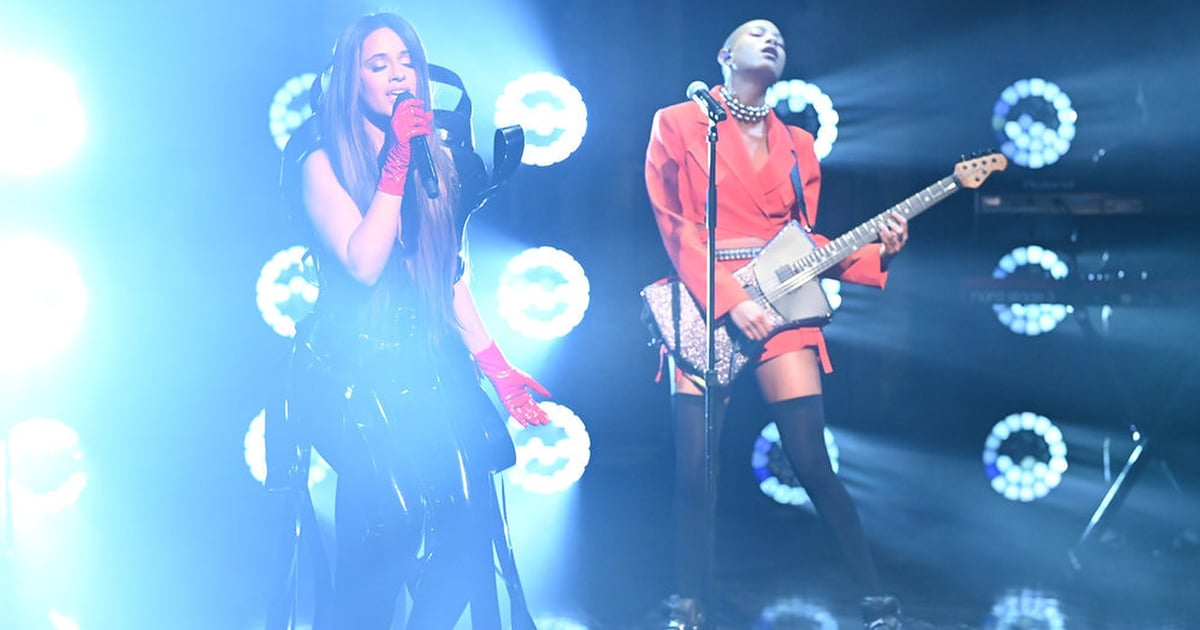 Just one day after releasing her third studio album, “Familia,” Camila Cabello appeared on “Saturday Night Live” to treat fans to not just one, but two performances of songs off her new album. While her performance of “Bam Bam” was terrific, we were not prepared for just how hard Cabello and Willow Smith rocked out on their debut live performance of their collab, “Psychofreak.” From their futuristic ensembles to Smith’s haunting vocals, the second song of the evening was a true event.

Cabello made her first “SNL” appearance in October 2019, but this marked Smith’s first time on the show. After her performance, the 21-year-old shared just how excited she was to make her debut via her Instagram. “!!MY HEART IS OVERFLOWING WITH GRATITUDE!! THANK YOU @camilacabello and @nbcsnl for having me!!” she wrote alongside a video clip from the episode.

Her enthusiasm wasn’t just reserved for social media. Smith’s energy on stage was infectious, and watching her and Cabello feed off one another’s vibes gave the performance an intimate feel that matched the song’s intensity. Also adding to the mood was Cabello’s outfit for the performance. During “Bam Bam,” she embraced a cheerful, neon aesthetic to match the song’s tone, but “Psychofreak” called for something special. When she took the stage with Smith, the 25-year-old donned a black latex dress and red gloves that gave off major spider vibes.

Given how horror movie-esque the music video was, her outfit was a fitting way to pay tribute to the song’s darker undertones. After all, this is a song that includes the line: “Maybe I’m an alien, Earth is hard.” One thing is certain, after their “SNL” performance of “Psychofreak,” Cabello and Smith have proven they’re a true dynamic duo — and one that needs to collaborate more often.