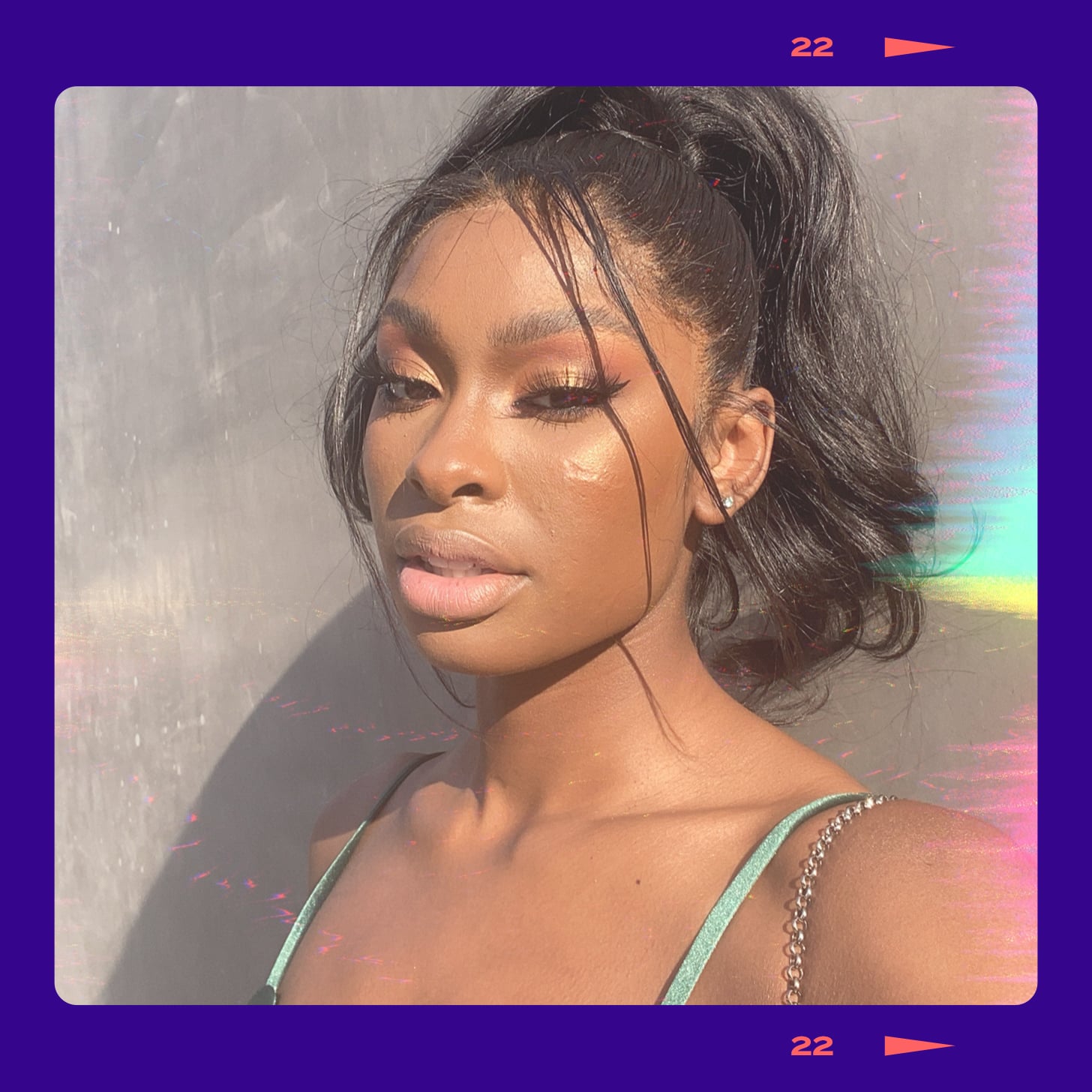 In our Q&A series Last Call, we get down to the bottom of every last thing with some of our favorite celebs — from the last time they were starstruck to the last song they listened to. This week, Coco Jones takes our call.

Coco Jones is ready for the world to meet her version of Hilary Banks in Peacock’s “Bel-Air.” The 24-year-old actor and Def-Jam artist has been been in the entertainment industry for over a decade pursuing acting and music — which she plans to release more of soon. But for now, she’s starring in a new ambitious project that aims to pay tribute to classic ’90s sitcom “The Fresh Prince of Bel-Air.”

“Because at the end of the day, you can’t please everybody. But you can’t discredit quality, talent, and hard work.

The reimagined comedy-turned-drama reboot series stars newcomer Jabari Banks as Will Smith, along with other new faces portraying the beloved Banks family — including Adrian Holmes as Uncle Phil, Cassandra Freeman as Aunt Viv, Olly Sholotan as Carlton, Akira Akbar as Ashley, and Jimmy Akingbola as Geoffrey. “Bel-Air’s” arrival in the reboot era already places high expectations on the series for it to succeed beyond its predecessor’s shadow. Jones acknowledges the weight of that pressure, but feels confident that her and her costars’ performances will do the original series justice.

“Of course there’s pressure when you see the reactions of the world just off of announcing it,” she tells POPSUGAR of the show’s arrival. “But I think the most important or the realest pressure is just within ourselves. To do a good job every time, to make it relatable, make it feel authentic, and to really give the best performance every take . . . But I think the real pressure is just to make sure that we’re doing our jobs to the best of our degree. Because at the end of the day, you can’t please everybody. But you can’t discredit quality, talent, and hard work. You [cannot] discredit those things.” 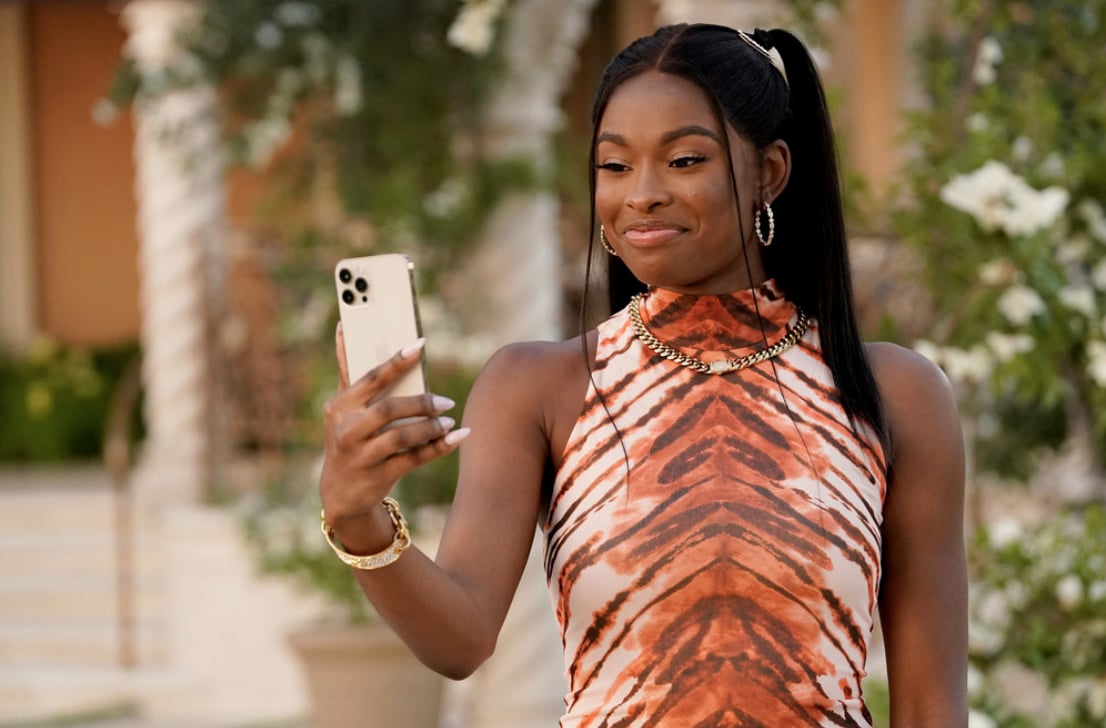 Fans of “The Fresh Prince of Bel-Air” may describe Karyn Parsons’s version of Hilary as the bougie, air-headed big sister who loved to name drop her celebrity friends and spend her parents’ money. But Jones’s portrayal of the definitive character completely transforms her as a strong-willed, independent young woman who’s carving her own path as a successful cooking influencer. While Jones aims to pay homage to Parsons’s role, she also lends parts of her own personality to make the character a new and improved version that reflects the times.

“Some of the elements that I brought from myself is the tenacity that I feel like I’ve had being in the industry since I was a kid,” Jones says of her role. “Hilary is forging her own path in the midst of her parents who do not get it at all. I mean, society’s telling her she has to be this way or that way in order to run up a check. [Hilary] has a lot of character moments where she’s trying to decide if the bag is worth her authenticity. So she gets herself into some interesting situations, but I feel like I bring that determination that Hilary in ‘Bel-Air’ has. And she’s determined to make her life and her dreams a reality, regardless of the opposition and there’s plenty of it for sure.”

“I feel like you’ll be able to tell that he was definitely a part of the show.”

Of course, Jones assures us that her version of Hilary still keeps her keen sense of style. “The most iconic original piece of Hilary was the fits — the wardrobe, the looks, and the looks come to kill,” she says. “They’re so iconic and I’m so excited for everybody to see dark-skinned beauty being portrayed in this way . . . fashion was something that was really important for the original Hilary and for the modern day ‘Bel-Air’ Hilary, too.”

These new elements of Hilary’s persona are sure to win over the hearts of some skeptical viewers, who may still have doubts that the reboot series will deliver. But for those individuals, Jones says “Bel-Air” will still have traces of the original’s flair — including its many Philly references, thanks to Will Smith’s involvement. “I don’t want to give anything away, but yes, I feel like you’ll be able to tell that he was definitely a part of the show,” Jones says, “And that his amazing work that he did with ‘Fresh Prince’ is living on through the show, very authentically and very smoothly.”

“Bel-Air” debuts on Peacock on Feb. 13. Ahead, read the rest of Jones’s Last Call interview.

What was the last thing you did with your “Bel-Air” costars?

The last thing we did was had a COVID-safe little turn-up.

Who is the last “Bel-Air” costar you texted?

I would say [all of them], we have a group chat.

You know what, I have yet to be starstruck. Because the one time I almost was when I was younger, I just didn’t like the star. I was like, “Ew,” [when I met them]. But I’m more open minded now. When I meet Beyonce, speaking that one into exist . . . I’ll definitely be starstruck there. 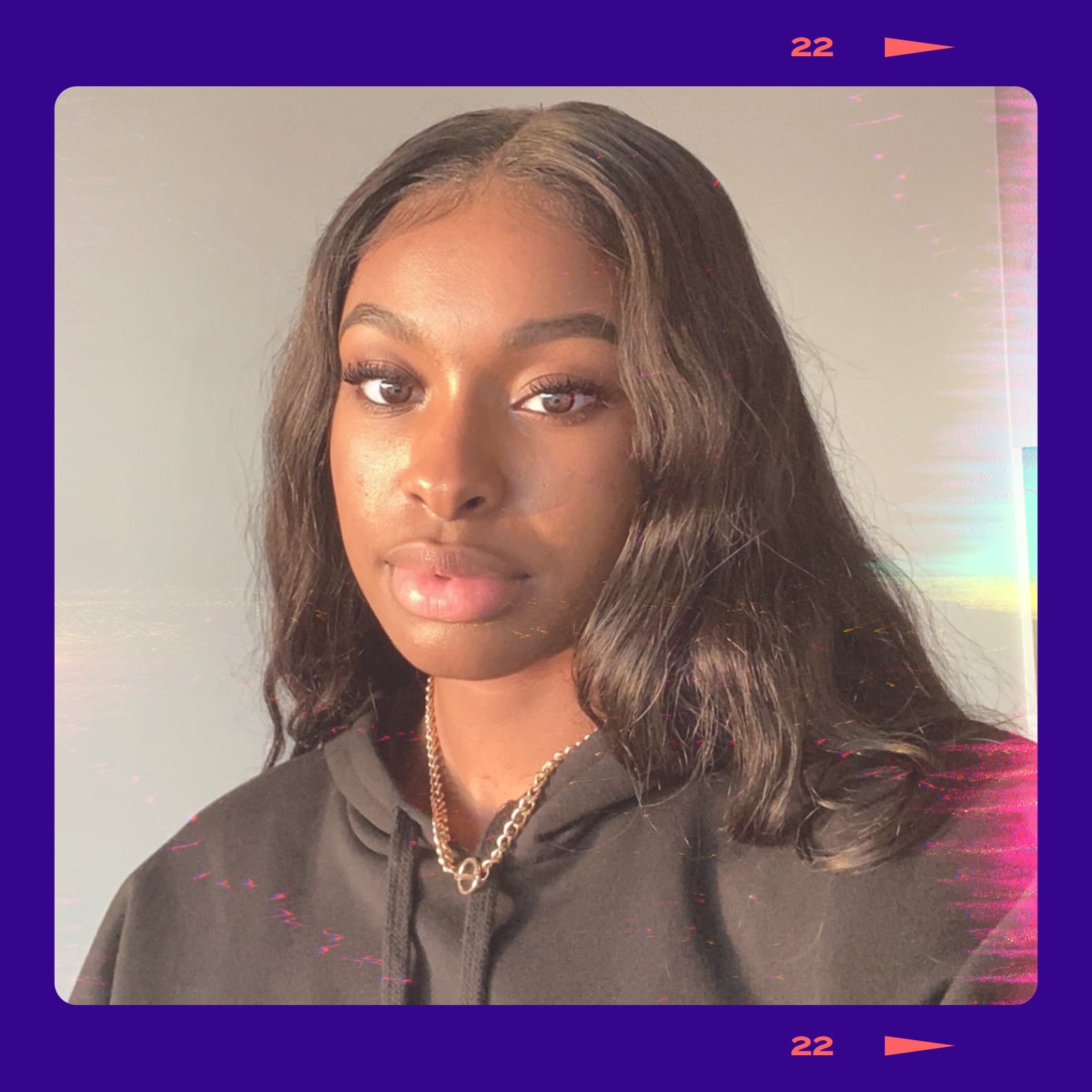 I got my nails done. Normally, I just get a color because I be so tired of sitting there so long. But this time I got the French tips. They did the little designs on them and stuff.

I would say that was over Christmas to Tennessee to visit my family.

What’s the last gift you received?

Flowers. I got a lot of flowers for my birthday.

I would say it came from my therapist. I love therapy, I’m an advocate. My therapist has gotten so much business from me. What I really loved [about it] was the choice to just be honest and let that honesty fall where it may. It’s so much harder to live life when you have these weights on your back. You’re not protecting yourself when you’re carrying these things, thinking about what the other person is going to react to, but it’s just the truth. Living in your truth and just feeling free . . . even though it may not always be easy, it’s the best thing you can do for your mental health.