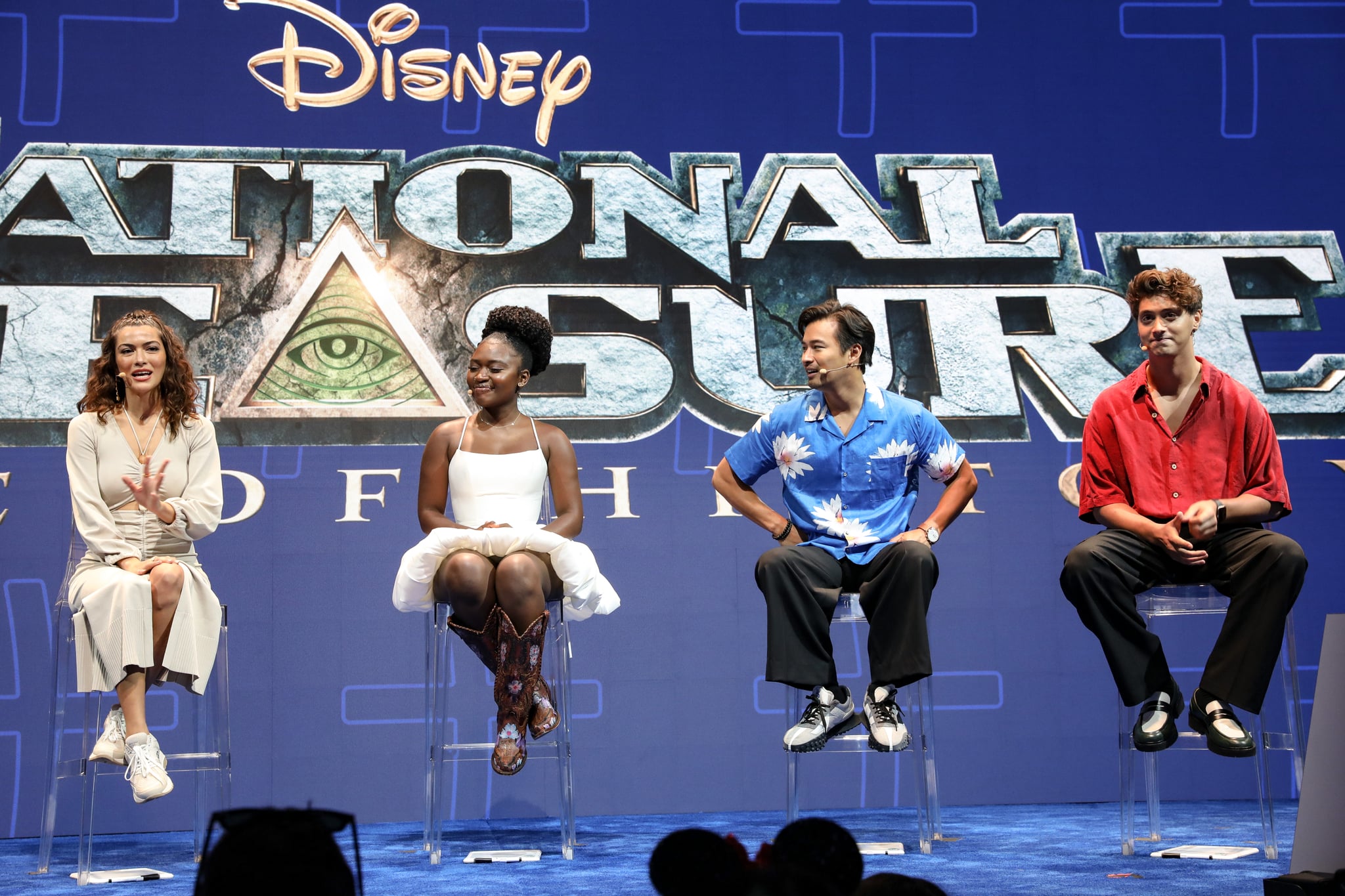 It’s been over a decade since Nicolas Cage last graced screens as “National Treasure”‘s Declaration of Independence-stealing, president-kidnapping Benjamin Franklin Gates, but more thrill-seeking adventures are coming our way — this time, in the form of a new TV series! On Sept. 10, Disney+ unveiled the first full-length trailer for “National Treasure: Edge of History,” and the show looks action-packed — plus, it includes plenty of nods to the original franchise.

While Cage isn’t expected to appear in the series, the presence of his character, Ben Gates, is felt thanks to a fun Easter egg. In one scene from the trailer, a character discovers Benjamin Franklin’s glasses — the same glasses Ben used in the 2004 “National Treasure.” Additionally, the series will see Justin Bartha reprising the role of Riley.

At the heart of the new series is Lisette Olivera, who plays Jess, a young woman with a personal connection to a conspiracy right at the heart of American history. Read on for everything you need to know about the upcoming series so far, including the cast, trailer, and release date.

In addition to Olivera, the cast of the show includes Zuri Reed, Jordan Rodrigues, Antonio Cipriano, Jake Austin Walker, and Lyndon Smith, as well as Harvey Keitel and Bartha — both in guest roles reprising their movie characters. Additionally, Catherine Zeta-Jones will play Billie, a billionaire and black-market antiquities expert who also moonlights as a treasure hunter in her spare time.

Jerry Bruckheimer and Jon Turteltaub — both of whom worked on the original “National Treasure” film and its 2007 follow-up — are executive producers on “National Treasure: Edge of History” alongside Cormac and Marianne Wibberley, Jonathan Littman, and KristieAnne Reed. Rick Muirragui serves as a writer, while Mira Nair directs and also executive produces the forthcoming series.

For fans hoping to get a Cage cameo in the new Disney+ show, it’s unlikely he’ll reprise his leading role (for now, at least). During Comic-Con, Marianne Wibberley said, “We wanted him, but he is very busy,” while Olivera seemed hopeful that maybe they’ll get the actor to join the show in some capacity one day, Variety reported.

Speaking of Cage, a third National Treasure film is reportedly still happening, according to Bruckheimer, as he previously told Deadline that he’s working on the next installment. Fans are hoping to see the same cast (Cage as Gates, Bartha as Riley Poole, and Diane Kruger as Abigail Chase) return for the film.

In “National Treasure: Edge of History,” Jess acts as a “brilliant and resourceful” DREAMer, per the series’s logline, who embarks on an epic adventure to uncover the truth about her family and save a lost Pan-American treasure.

When Will “National Treasure: Edge of History” Premiere?

On Sept. 10, Disney+ revealed that the first two episodes will premiere Wednesday, Dec. 14, with new episodes premiering each Wednesday until the season finale.