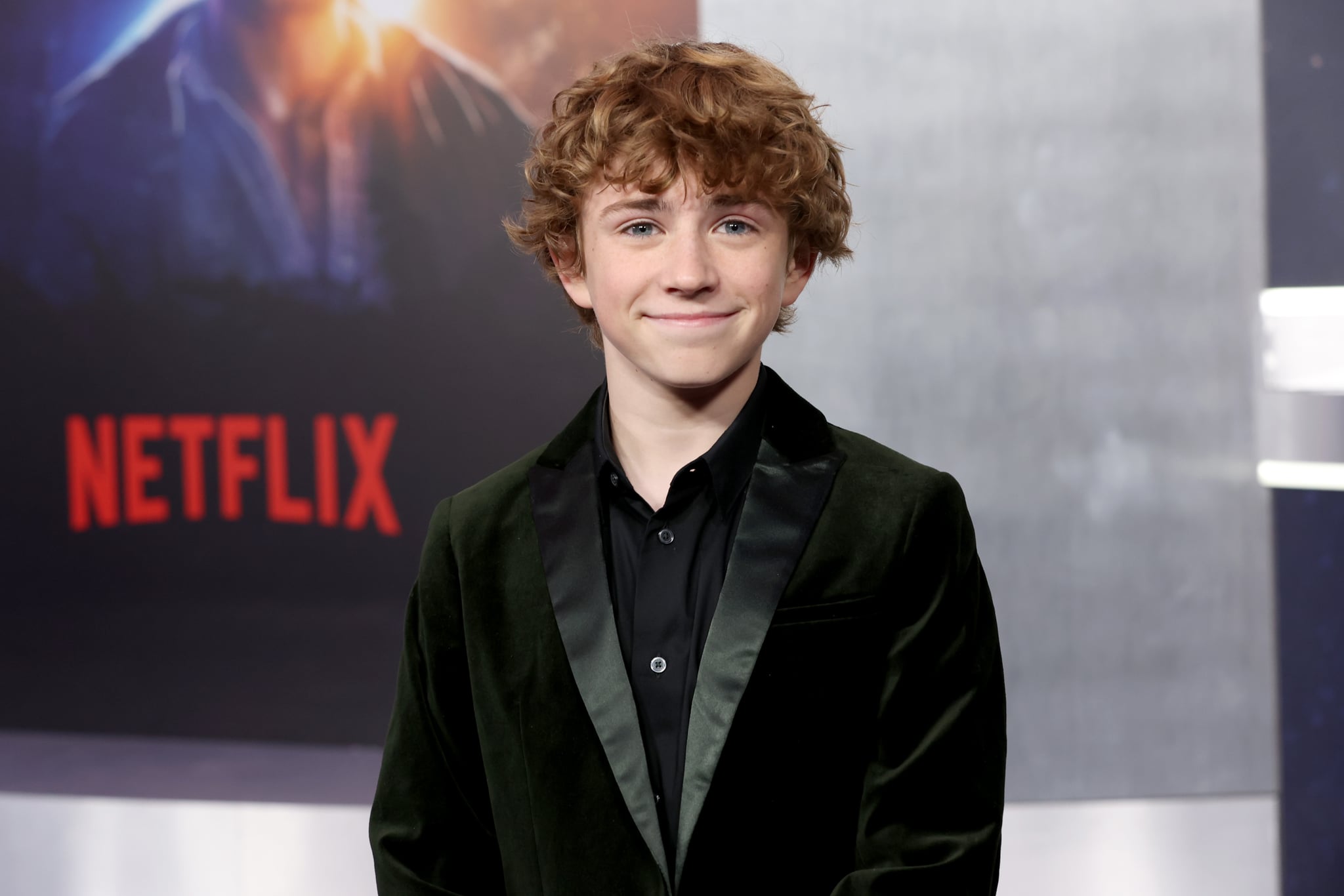 Disney+ has found its Percy Jackson. In an exciting announcement posted on April 11, Rick Riordan shared that his beloved fantasy series, Percy Jackson and the Olympians, will be helmed by 13-year-old Walker Scobell, who starred alongside Ryan Reynolds in “The Adam Project.” “It was obvious to me and the rest of the team that Walker had the perfect mix of comedic timing, sweetness, rebelliousness, snark and heroism to embody our hero Percy Jackson,” Riordan wrote, describing Scobell as a “super-fan of the books.”

Disney+’s live-action adaptation of the series was first announced on May 14 when the author posted a video of himself and his wife, Becky Riordan, celebrating the news in a since-deleted tweet. In 2018, Riordan admitted that he didn’t have much control over the 20th Century Fox films, but he and and his wife are expected to play a much more prominent role in the creation of the Disney+ series.

In a tweet responding to Riordan’s announcement of the live-action project on May 14, 2020, Logan Lerman, who played Percy Jackson in both film adaptations of the books, expressed his excitement for the upcoming series. Congratulating Riordan, Lerman said that he hopes the show “gets the adaptation the books deserve.” Find out more about Disney+’s upcoming “Percy Jackson” series here.

“Percy Jackson and the Olympians,” written by Riordan and Jon Steinberg, will star Walker Scobell as the titular lead. No additional cast members have been announced. “We look forward to working with the Scobells in Vancouver full-time this summer and building on the dedicated, supportive, enthusiastic community that is rapidly forming around this project,” Riordan continued in his blog post. “The excitement is so thick you could cut it with a Celestial bronze sword. Walker is an avid skateboarder and skier, and is super excited to get to Vancouver and start working on swordplay, holding his breath underwater, and other stunts of derring-do. I’m excited he’s doing all that and I don’t have to, but I will definitely be there cheering him on every step of the way!”

What Is the Live-Action “Percy Jackson” Series About?

The live-action fantasy series, which is expected to air in hour-long episodes, will tell the story of “a 12-year-old modern demigod,” Percy Jackson, who has to learn to control his newfound supernatural powers. When Zeus accuses Percy of stealing the master lightning bolt he uses to rule over the sky, Percy is forced to travel across the country to find the lightning bolt and bring peace back to Mount Olympus.

At What Age Can Kids Watch the “Percy Jackson” Series?

Disney+’s “Percy Jackson and the Olympians” series will be geared toward a general audience, including “tweens, teens, and young adults.”

Disney+ and Riordan have not announced an official premiere date for the “Percy Jackson” series, but IMDb estimates that the series will premiere sometime in 2023.