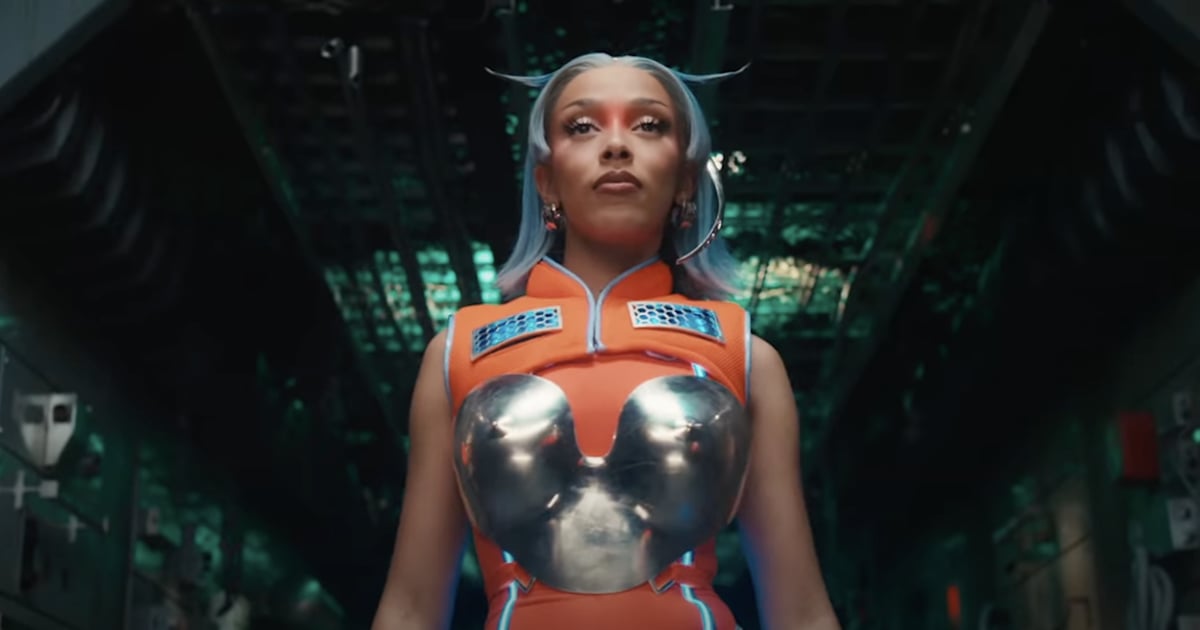 Doja Cat is feline herself in her new music video. The 26-year-old rapper dropped the music video to “Get Into It (Yuh)” on Monday. In the visual directed by Mike Diva, Doja is an intergalactic warrior on InterstellHER Air, accompanied by a crew of women in thong-baring uniforms. The group go on a mission to rescue her cat, Starscream, from an alien on another ship. Using the power of dance, Doja’s army are able to distract her enemy so that she can recover the stolen cat. The space-themed video pays homage to her album “Planet Her.”

In certain scenes, Doja appears to borrow inspiration from the music videos for mid-’90s hits “The Rain (Supa Dupa Fly)” by Missy Elliott and “Scream” by Janet and Michael Jackson. She also samples Nicki Minaj‘s “Massive Attack” with the lyric, “Got that big rocket launcher.” Get into it, yuh. Watch the full video above!