Doja Cat Tears Up During Grammys Speech After Win With SZA 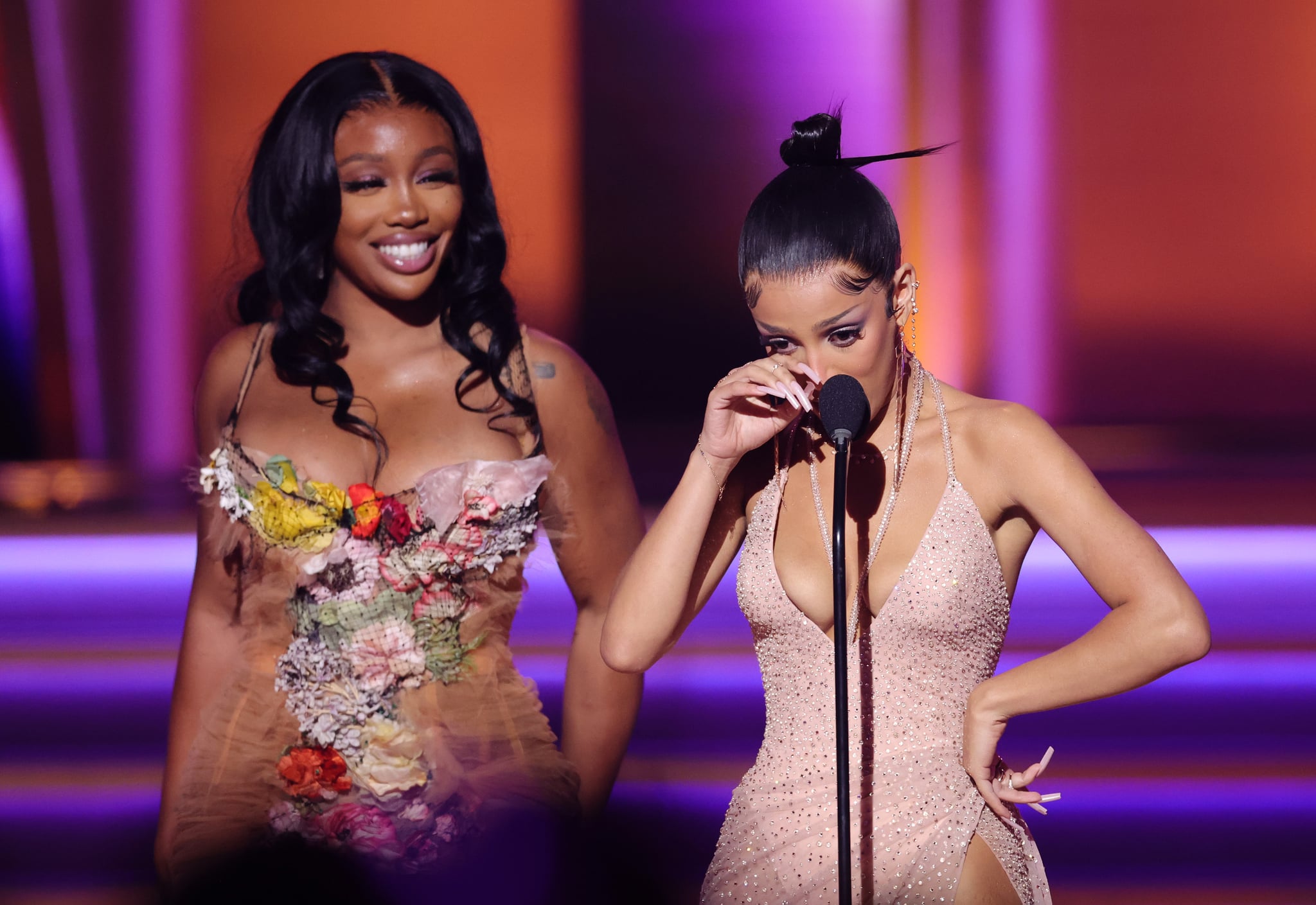 Doja Cat and SZA won big at the Grammys on April 3, taking home the award for best pop duo/group performance for their song “Kiss Me More.” During their acceptance speech, Doja Cat got emotional about her first-ever Grammy win.

After the award was announced, SZA made her way to the stage on crutches (with some help from Lady Gaga), but Doja still made it to the mic after her. It turns out, Doja had decided to go to the bathroom right before the award was announced and had to hurry back to accept it. “I have never taken such a fast piss in my whole life,” she said as she fixed her dress, a little out of breath.

SZA took the mic and said, “Thank you, Doja; thank you to my momma; thank you to God and just thank all of y’all.” Then she said to Doja, “I’m glad you made it back in time.” The two women hugged as the crowd cheered and Doja started to cry. As she wiped tears away, Doja said, “I like to downplay sh*t. But this? It’s a big deal.” She thanked everyone again before she and SZA walked off.

Watch the emotional moment below!