It’s official: Calvin Harris and Dua Lipa’s latest collaboration, “Potion,” is our summer anthem, and we are already searching for neon lights and metallic bikinis after the music video was released today. “One Kiss” was all it took for the unstoppable duo to light up the airwaves back in 2018, and we had big expectations as it was announced they were teaming up again for Harris’s sixth album, “Funk Wav Bounces Vol.2.” Thankfully, their 2022 offering does not disappoint.

With a disco beat, super cool base, and undeniably catchy chorus, Lipa proves her hips don’t lie in the video. Just like the song lyric suggests, it’s “sprinkled with a little bit of sex appeal” (make that a lot of sex appeal). Wearing a string bikini top and ruffled sequin skirt while dancing on a lily pad, the 26-year-old perfectly encapsulates our summer vibe. Changing into a sleek slip dress and knee-high boots, the nostalgic Noughties styling proves the trend is here to stay.

Currently on her “Future Nostalgia” tour in Italy, where Donatella Versace danced along in the audience, Lipa gave fans a sneak behind-the-scenes peak of what to expect from the video on her own Instagram as fans waited impatiently for the video to drop. Singing seductively into the camera, with a glossy metallic eyeshadow that we are immediately going to copy, fans declared her “Queen Dua Lipa.” 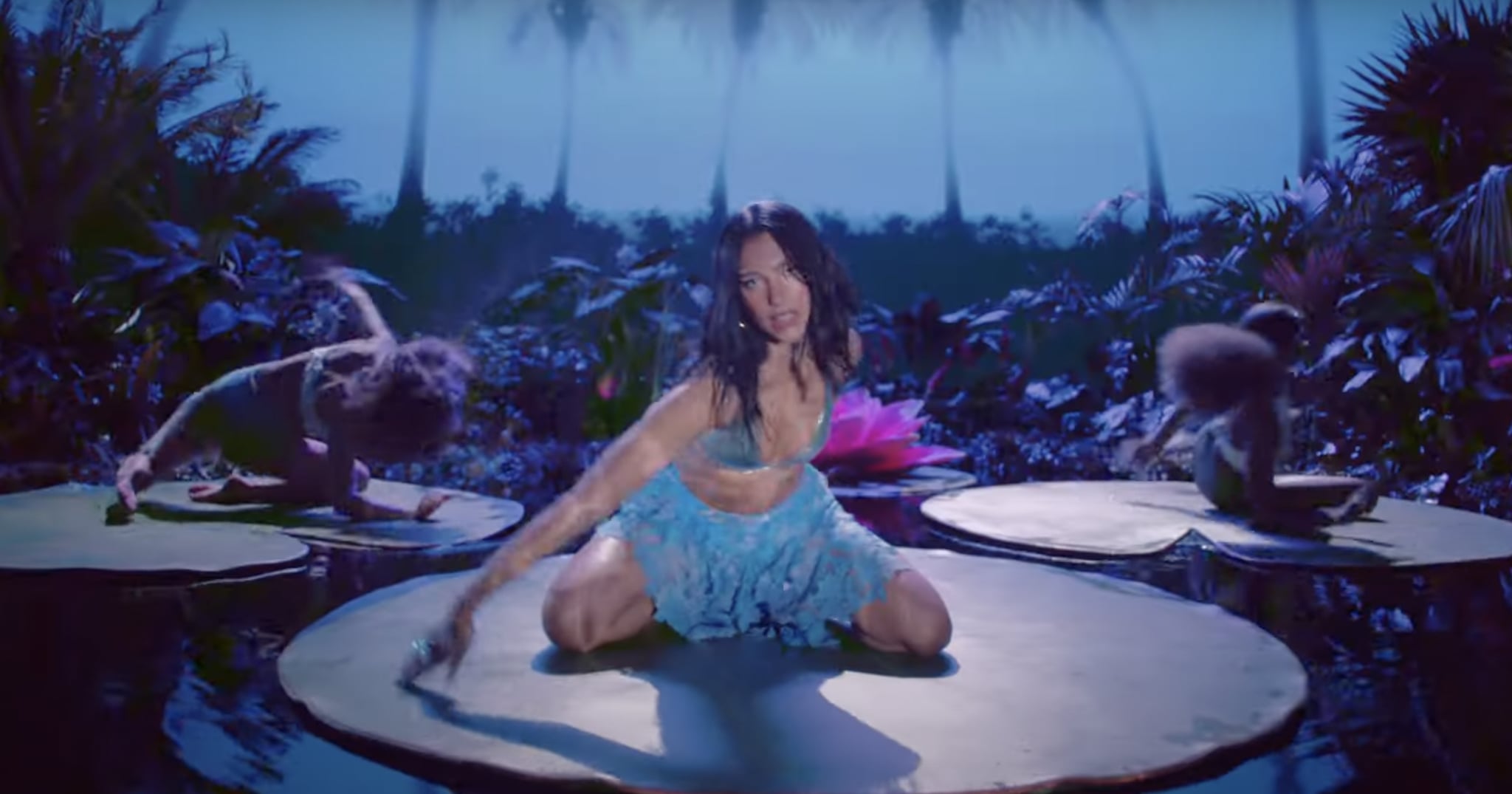 Harris, 38, took to Instagram to thank Lipa and Young Thug, who also appears on the single and in the video sporting a sequin jacket that we have seriously got our eye on. Harris wrote “@dualipa is my favourite person to work with: the voice, the work ethic, the banter, I feel very lucky to have been able to make this work with her!! And @thuggerthugger1 is one of a kind, nobody else could’ve floated on this music like him.”

He even teased us with a TikTok earlier this week on the process of how he made “Potion,” showing us clips of him layering keyboard, base, and guitar, and then FaceTiming Lipa to confirm she was up for the challenge. Although he forgot to record the sound, she doesn’t hesitate with “definitely.” Of course she does, a Harris collab is not to be missed.

Forget “late night bodies aching” and “mental stimulation,” the potion for success is a Lipa and Harris banger. Get this on repeat, the sound of summer has arrived.