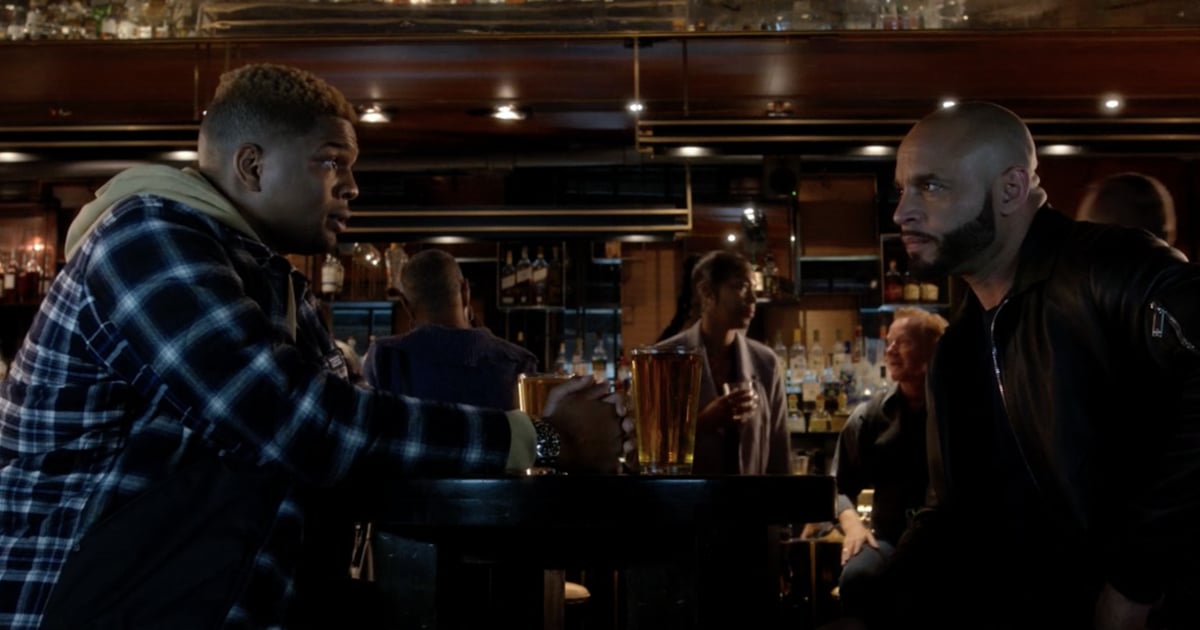 The Tejada clan is in disarray after all the family’s secrets have been spilled in “Power Book II: Ghost.” From Diana (LaToya Tonodeo) sneaking around with Tariq (Michael Rainey Jr.), to Cane (Woody McClain) snaking the family, to Monet (Mary J. Blige) lying about Zeke’s (Daniel Bellomy) biological parents, everyone is at odds with one another. In an exclusive sneak peek of episode nine, “A Fair Fight?,” a formal meeting between Zeke and his birth father, Mecca (Daniel Sunjata) — aka Dante — is revealed following their brief encounter at the basketball court in episode seven.

Feeling lost after figuring out who Monet really is to him, Zeke looks to Mecca for answers to all the chaos surrounding him. “She lied to me my whole life, to my face, that’s f*cked up, man,” he says in the clip. Thanks to Diana’s detective skills, Zeke knows that he’s really 23 years old, instead of 19 — which violates the NCAA’s rules, meaning his entire draft could be in jeopardy. But Mecca has a plan up his sleeve that could help Zeke fix his problem and also get Monet back in his own corner.

The shocking cliffhanger from Professor Milgram’s death in the previous episode left many viewers on the edge of their seats. And the aftereffects are sure to blow back on Tariq’s plan to beat his murder trial. Everywhere he goes, Tariq’s past continues to haunt him, so the big question on everyone’s mind now: will he turn out to be what his father expected him to be? Hopefully, the season finale — which airs on Feb. 6 — will give us our answer.

Watch the teaser clip above ahead of episode nine’s premiere on Sunday, Jan. 30.