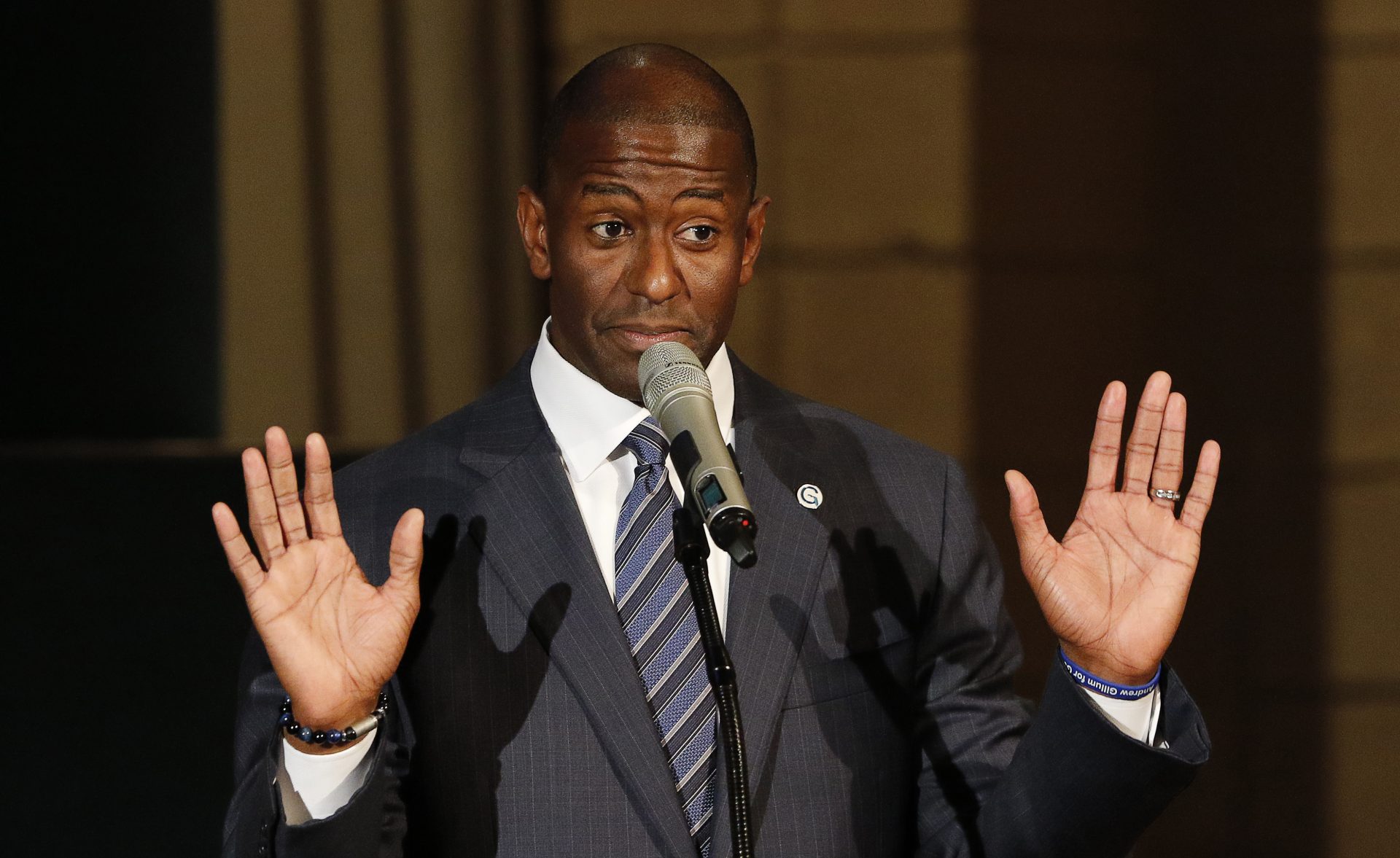 In 2018 Andrew Gillum was at the center of the race for the next governor of Florida, an election he lost to current Governor Ron DeSantis, but now he has much bigger problems to deal with that could possibly involve significant jail time. Andrew Gillum is now facing a 21-count federal indictment on a host of charges that include wire fraud, conspiracy and making false statements.

Four years ago, Andrew Gillum was one of the stars of the Florida Democratic Party, who many believed would be the next governor of the state—but it appears that in the time since losing the election, he has allegedly been involved in criminal activity that has caught the attention of the Feds. @NBCNews reports, Andrew Gillum’s charges stem from allegations that between 2016 until 2019, he fraudulently fundraised from “various entities,” according to the Department of Justice.

Gillum, along with his mentor, Sharon Lettman-Hicks, allegedly diverted some of the fundraised money to a company that was controlled by Lettman-Hicks—who then fraudulently disguised the funds as payroll payments to Gillum. Via a written statement, Gillum has firmly stated his innocence. “I have spent the last 20 years of my life in public service and continue to fight for the people. Every campaign I’ve run has been done with integrity. Make no mistake that this case is not legal, it is political,” he said.

He continued adding, “Throughout my career I have always stood up for the people of Florida and have spoken truth to power. There’s been a target on my back ever since I was the mayor of Tallahassee. They found nothing then, and I have full confidence that my legal team will prove my innocence now.”

You’ll recall back in March 2020, Andrew Gillum was involved in a sex scandal regarding a suspected male overdose victim in a South Beach Florida hotel. Following the incident, he said he was abusing alcohol to cope with his political loss.