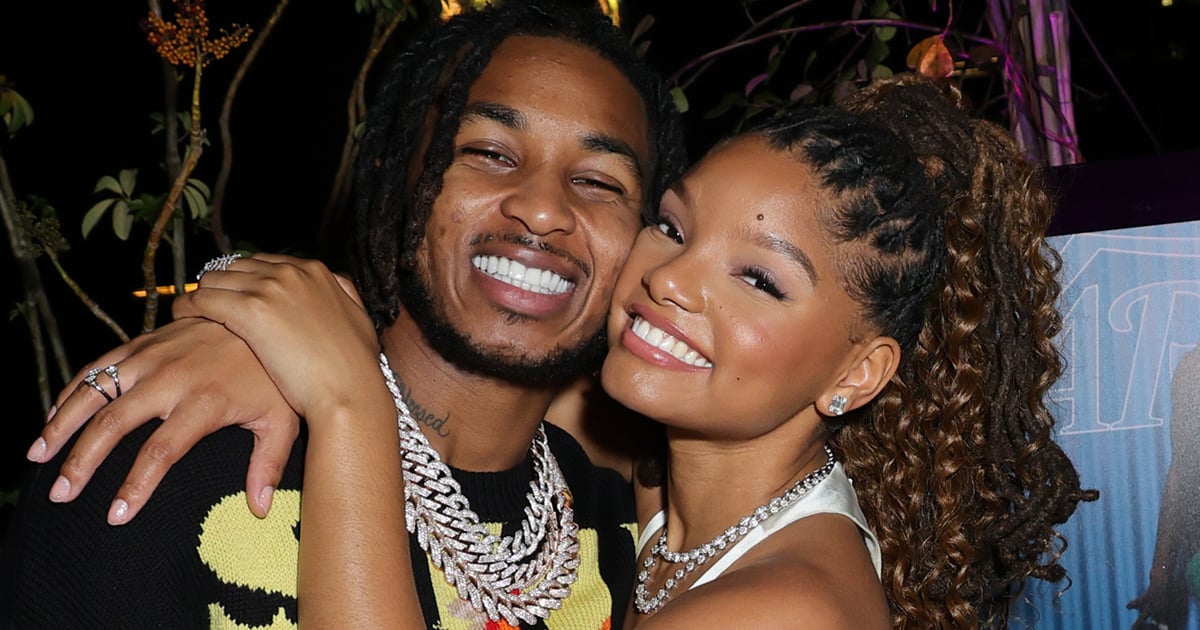 Halle Bailey and DDG’s latest date night was worthy of a standing ovation. On Sept. 8, the couple attended the Los Angeles Rams vs. Buffalo Bills NFL game at SoFi Stadium in Inglewood, CA. Before cuddling up in the bleachers and snapping selfies with her boyfriend, Bailey stepped onto the field to kick off the game with a cover of “Lift Every Voice” by J. Rosamond Johnson and James Weldon Johnson. “Lift every voice and sing / ‘Till Earth and heaven ring / Ring with the harmonies of Liberty,” Bailey sang as the stadium of excited onlookers — including DDG — watched in awe from the stands.

“Thank you @rams for having me . . . was honored to sing ‘lift every voice,'” she captioned a video of the performance, which her sister Chloë called “beautiful!!!!” in the comment section.

Following the game, Bailey posted photos from her date night with DDG to Instagram, including a picture of the couple smiling in matching Rams jerseys. “My beautiful baby sister,” Chloë commented on the post, with DDG adding a series of heart-eye emoji.

After making their red carpet debut as a couple at the BET Awards on June 26, Bailey revealed that she and DDG first got to know each other online, all thanks to YouTube. “I grew up being on YouTube and would always see the young Black creators and was constantly inspired by them. He was one of them,” she told Essence in the publication’s September/October cover story, adding that she first spotted DDG online in 2015. “I saw that he was dropping music, and I really gravitated toward this one song. Coincidentally he messaged me — and the rest is history.”