Halle Berry and Cardi B Put Each Other in the Hot Seat, and Boy Are These Questions Spicy 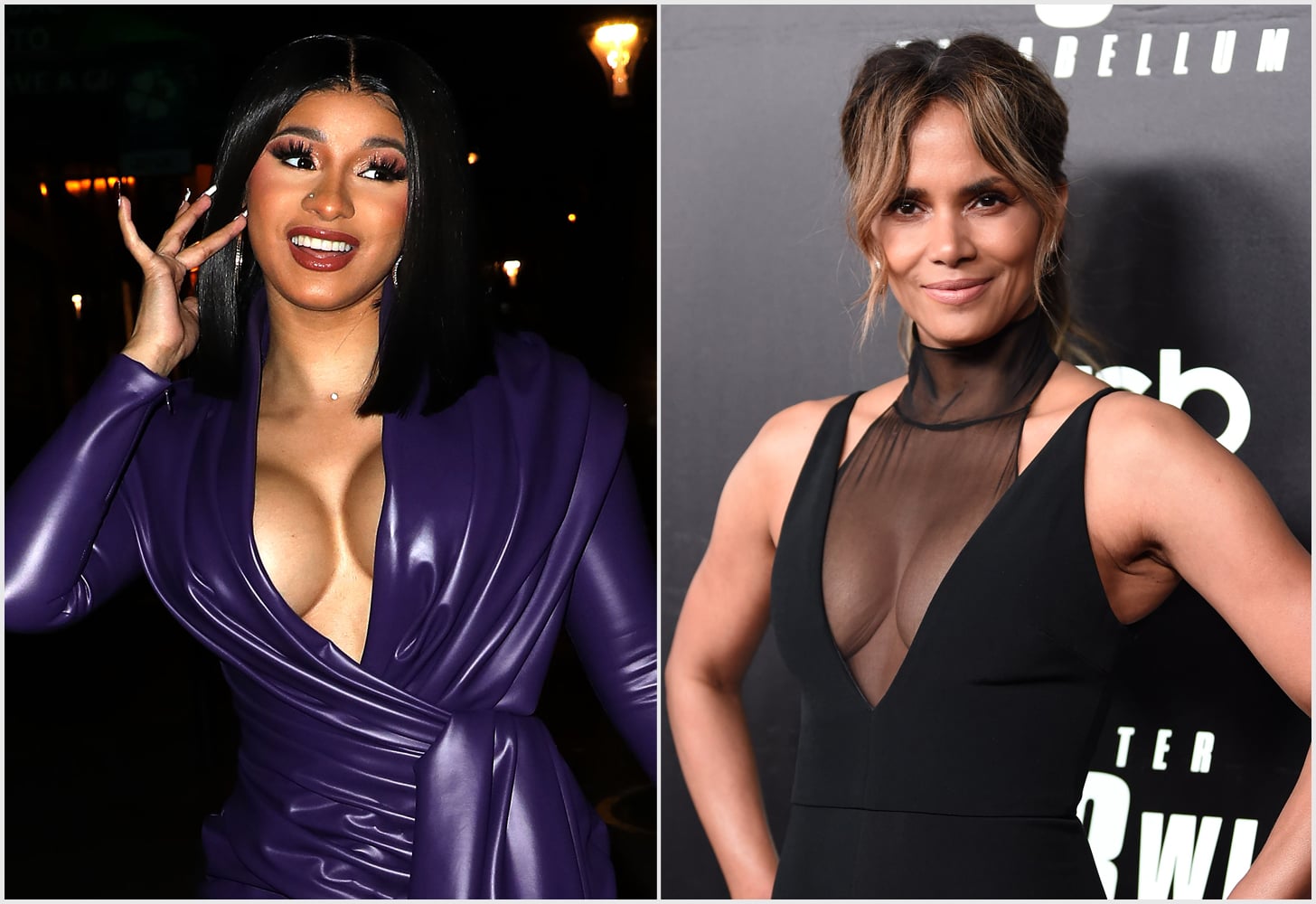 Cardi B and Halle Berry may seem like an unlikely pairing, but having these two in the same room together seems like a pretty fun time if you ask me. The rap star and the actress recently teamed up to executive produce the soundtrack for Netflix’s upcoming film Bruised (which Halle directs and also stars in), and it’s history in the making as it’ll be the first-ever all-women hip-hop album! Ahead of their soundtrack’s release, the two executive producers got together to kick off Halle’s new IGTV series, 5 Rounds.

For the first episode, Halle and Cardi wasted no time going round for round with intense questions about their favorite sex positions, old celebrity flings, and Halle’s two-day stripping experience (oh yeah, they went there). In the seven-minute clip, Cardi B reveals a few fun tidbits, like the first thing she bought with her “Bodak Yellow” money and her entrance song from when she stripped, while Halle dished about the celebrity she dated unbeknownst to the tabloids (but she still didn’t reveal a name)! We had no idea Halle and Cardi were the new celebrity friendship we needed, but there are no objections here!