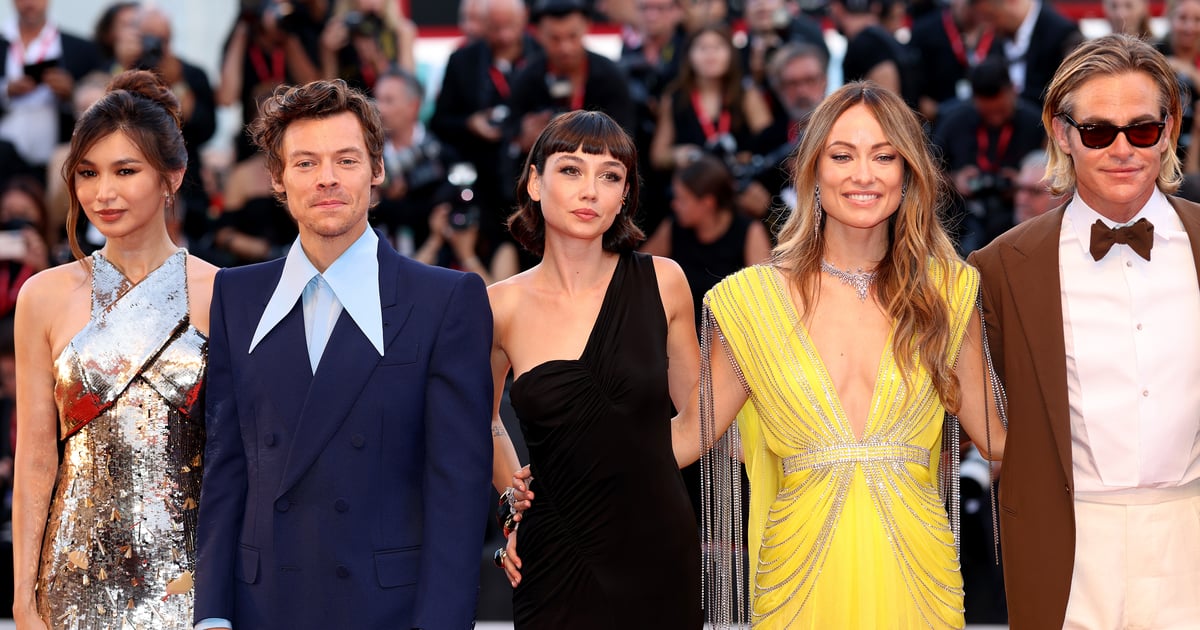 The 2022 Venice Film Festival is officially underway, and celebrities are flocking to Italy to promote their new projects. Harry Styles and Olivia Wilde made their much-anticipated arrival to Venice on Sept. 5 to promote their upcoming film, “Don’t Worry Darling.” A few days prior, on Sept. 3, Timothée Chalamet wowed attendees both on the red carpet with his stunning red jumpsuit and on the big screen with his buzzy performance in Luca Guadagnino’s new film, “Bones and All.” Meanwhile on Aug. 31, Jodie Turner-Smith, Adam Driver, Don Cheadle, and Greta Gerwig all stepped out for the premiere of “White Noise,” which is based on the 1985 novel of the same name by Don DeLillo. The film will also play at the New York Film Festival this fall before it hits theaters on Nov. 25.

Other stars in Venice include Regé-Jean Page, Lili Reinhart, Tessa Thompson, Zión Moreno, Dylan Sprouse, Barbara Palvin, and Julianne Moore, who is serving as the president of the competition jury this year. “The first time I was in Venice, I was an actress on an American soap opera, it was 1986. If I had known then I would be here as the president of the jury, I would have fallen in the canal!” Moore told The Hollywood Reporter.

Ahead, see all the glamorous celebrity appearances at the festival so far.