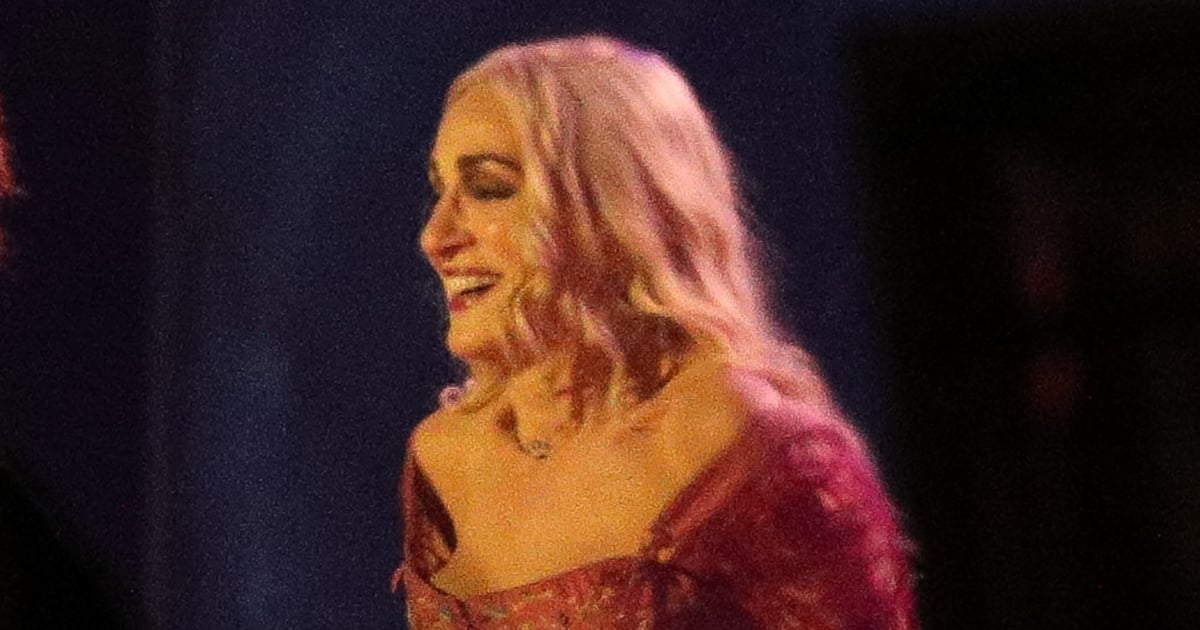 It’s official — the Sanderson sisters have finally reunited on the set of Hocus Pocus 2! Stars Bette Midler, Sarah Jessica Parker, and Kathy Najimy were spotted filming in Newport, Rhode Island on Nov. 16, all dressed up in their witchy attire and donning their signature hairstyles ready to wreak havoc once again.

Looks like the ladies just couldn’t wait to get the crew back together, as they’ve also been sharing their own teasers from the movie with fans online. This week, Parker posted a photo of three black-booted toes belonging to her and her costars feet with the caption, “Dance rehearsal. No rest for the wicked. Sabbath ha.” Meanwhile, Midler shared the official first-look photo of the three stars on her Instagram, writing in a caption “Sistaaaaahs! ‘Tis time! #HocusPocus2 is now in production, coming Fall 2022 to @disneyplus.”

Production for Hocus Pocus 2 began this fall after reports initially stated that the sequel film was in development at Disney Plus. This time around, the movie picks up 29 years after the original as “three young women accidentally bring the Sanderson Sisters back to modern day Salem and must figure out how to stop the child-hungry witches from wreaking a new kind of havoc on the world.” The three young women starring in the film are Whitney Peak (as Becca), Lilia Buckingham (as Cassie), and Belissa Escobedo(as Izzy). Ahead, get a closer look at Midler, Parker, and Najimy filming on set.