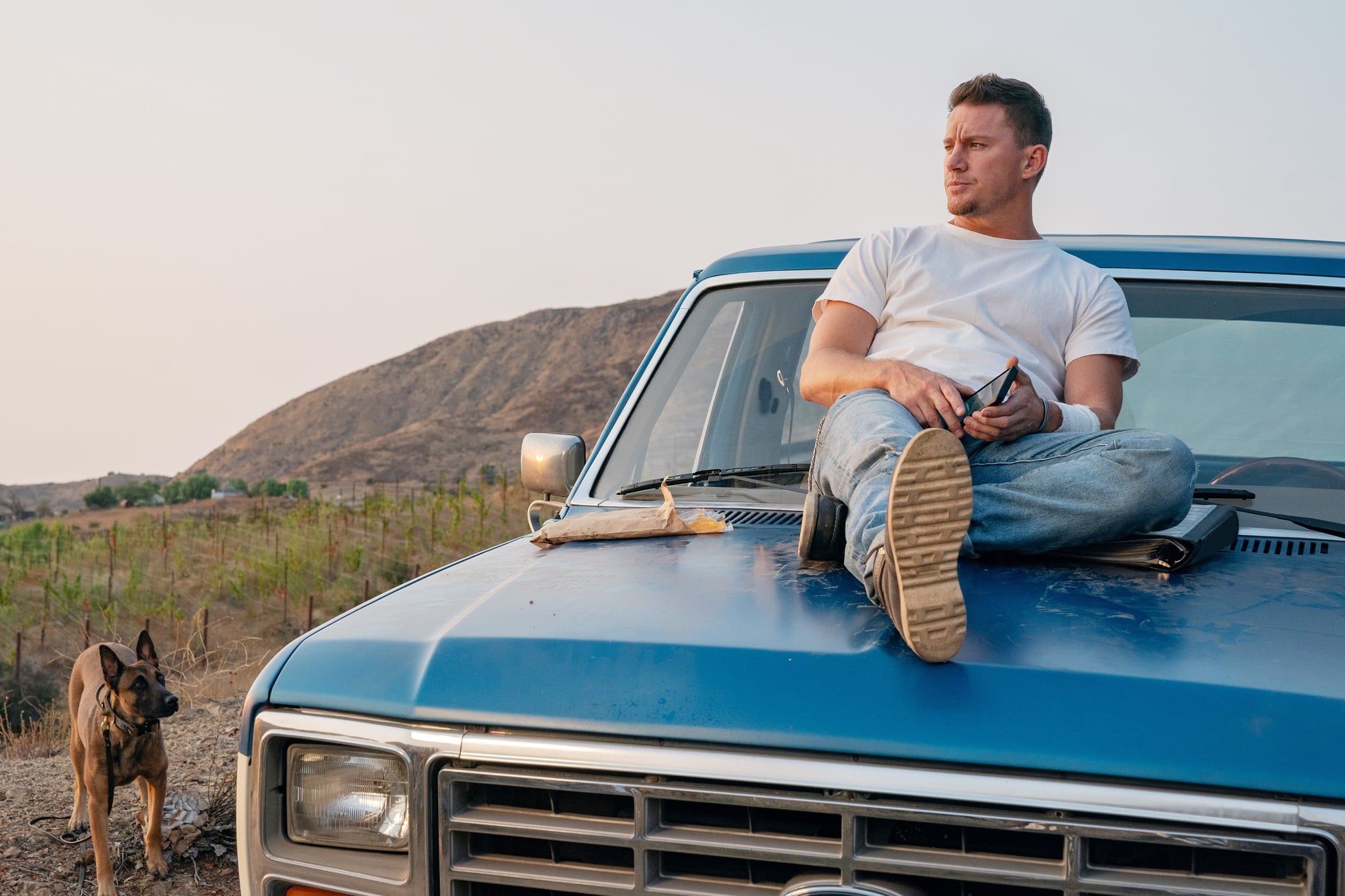 Known for known his live-action and animated parts, Channing Tatum is exploring a new role behind the camera. The actor makes his directorial debut in the upcoming buddy-comedy film “Dog,” which depicts the unlikely friendship between a former army ranger and a military dog named Lulu.

Tatum, a fierce animal lover, shares a special bond with his onscreen canine costar, Lulu, which has led fans to wonder if the movie is based on a true story. While some aspects of “Dog” are inspired by elements from Tatum’s life, it’s not entirely based on real events.

What Is “Dog” About?

The film centers on former US Army Ranger Briggs (Tatum), who is tasked with the difficult responsibility of bringing Lulu, a military Belgian malinois, to the funeral of Lulu’s former handler, Sergeant Rodriguez. Briggs takes on the job to earn back the respect of his higher-ups and reintegrate into the army, and the pair initially don’t get along. Along the way, however, Briggs and Lulu develop a special friendship and learn important lessons from one another.

Is “Dog” Based on a True Story?

While it’s not entirely based on a true story, elements of “Dog” are inspired by Tatum’s life. Lulu, the Belgian malinois in the film, is named after Tatum’s beloved late dog. A pitbull-catahoula mix, Lulu made her way to Tatum and his ex-wife, Jenna Dewan, from a dog pound in Alabama, per People. After Lulu died from cancer in December 2018, Tatum posted on Instagram, “I’ll see you again baby girl. But you’ll always be with me. Always.” Check out a picture of Lulu circa 2013 below.

What Is the Inspiration Behind “Dog”?

While “Dog” isn’t based on real events, it’s clear that Lulu’s passing inspired Tatum to make the film. According to Deadline, film talks began as early as November 2019, nearly one year after Tatum lost Lulu. Tatus codirects the film with Reid Carolin, the screenwriter behind “Magic Mike,” “Magic Mike XXL,” and “Magic Mike’s Last Dance,” also starring Tatum. The film began production in early 2020, with Tatum sharing the news on Twitter and pay homage to Lulu. The actor wrote in a heartfelt post, “A little over a year ago I got back from a road trip where I said goodbye to my best friend. Now I’m making a movie inspired by her.”

A little over a year ago I got back from a road trip where I said goodbye to my best friend. Now I’m making a movie inspired by her. So proud to announce that DOG will be released by @MGM_Studios and in theaters next Valentine’s Day weekend. pic.twitter.com/JXDqEy85JZ

Based on the trailer — and Tatum’s personal connection to the film — “Dog” will tug at our heartstrings and leave us laughing and crying at the same time. Catch “Dog” in theaters on Feb. 18, and watch the trailer below.