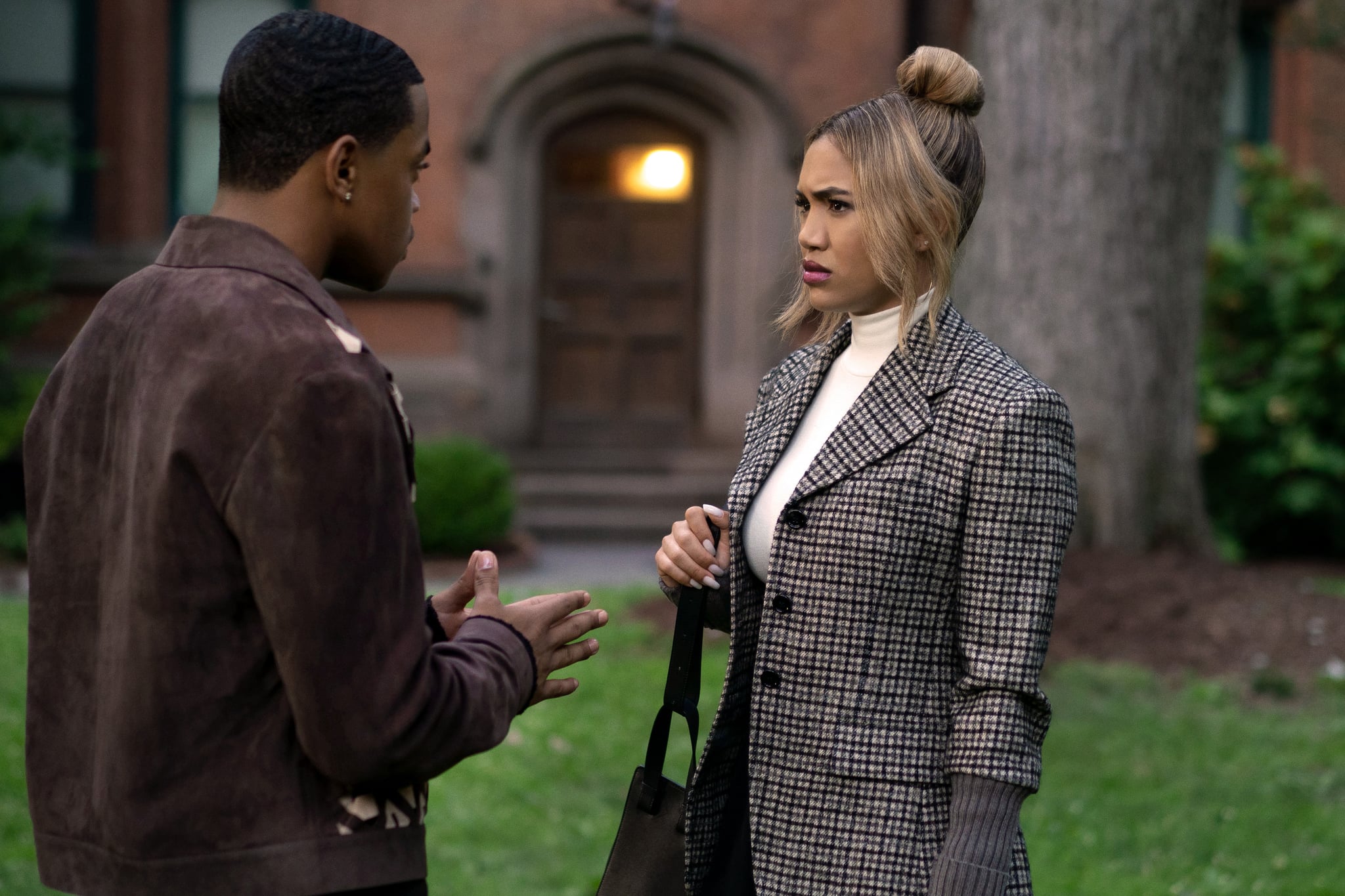 The latest episode of “Power Book II: Ghost” picks back up on the intense action that follows Professor Milgram’s (Melanie Liburd) death and the Tejada family’s secrets being revealed. And in another unexpected turn of events, the show may have eliminated yet another major character close to Tariq (Michael Rainey Jr.) and his drama.

During episode nine, “A Fair Fight?,” Tariq learns that there’s more to the story of his ex-girlfriend Lauren (Paige Hurd) catching him on a wire — she caught Brayden (Gianni Paolo) and Cane (Woody McClain) as well. In episode five, Lauren gets introduced to Cane as “Lorenzo” when she stops by Brayden and Tariq’s dorm room looking for the latter. She gets intel on the wire that ADA Jenny Sullivan (Paton Ashbrook) — the prosecutor gunning for Tariq — hopes to use in court on account of a testimony from Brayden. And once Tariq informs Effie (Alix Lapri) that Lauren’s been working with Sullivan on the case, the information sends her on a mission to get Tariq’s ex out of the picture for good.

After speaking with Tariq, Effie relays their conversation back to Cane, and they come up with a plan with Brayden to kill Lauren. Brayden later takes Lauren out to the woods, where we believe he’s going to shoot her, but Effie shows up and finishes the job — or so we think. Although we see Effie punch Lauren in the face and put her unconscious body in her car, it’s unclear what happens afterward.

“Power” is notorious for killing off its most critical characters, but the show occasionally writes in loopholes where they don’t actually die. Prime example: Tommy (Joseph Sikora) faking his own death in the season one finale of “Power Book II: Ghost,” leaving the door wide open for his own spinoff in a new city. In cases like his and Effie’s, sometimes characters get pushed to make sacrifices they normally wouldn’t for the sake of surviving.

“A lot of people are making the ultimate sacrifices,” series creator Courtney Kemp previously told POPSUGAR of season two’s plot. “There are some people who are going to push themselves into areas that they never would’ve expected.” Episode nine leaves off on a huge cliffhanger surrounding Lauren’s whereabouts, but the finale is sure to answer the rest of fans’ looming questions.