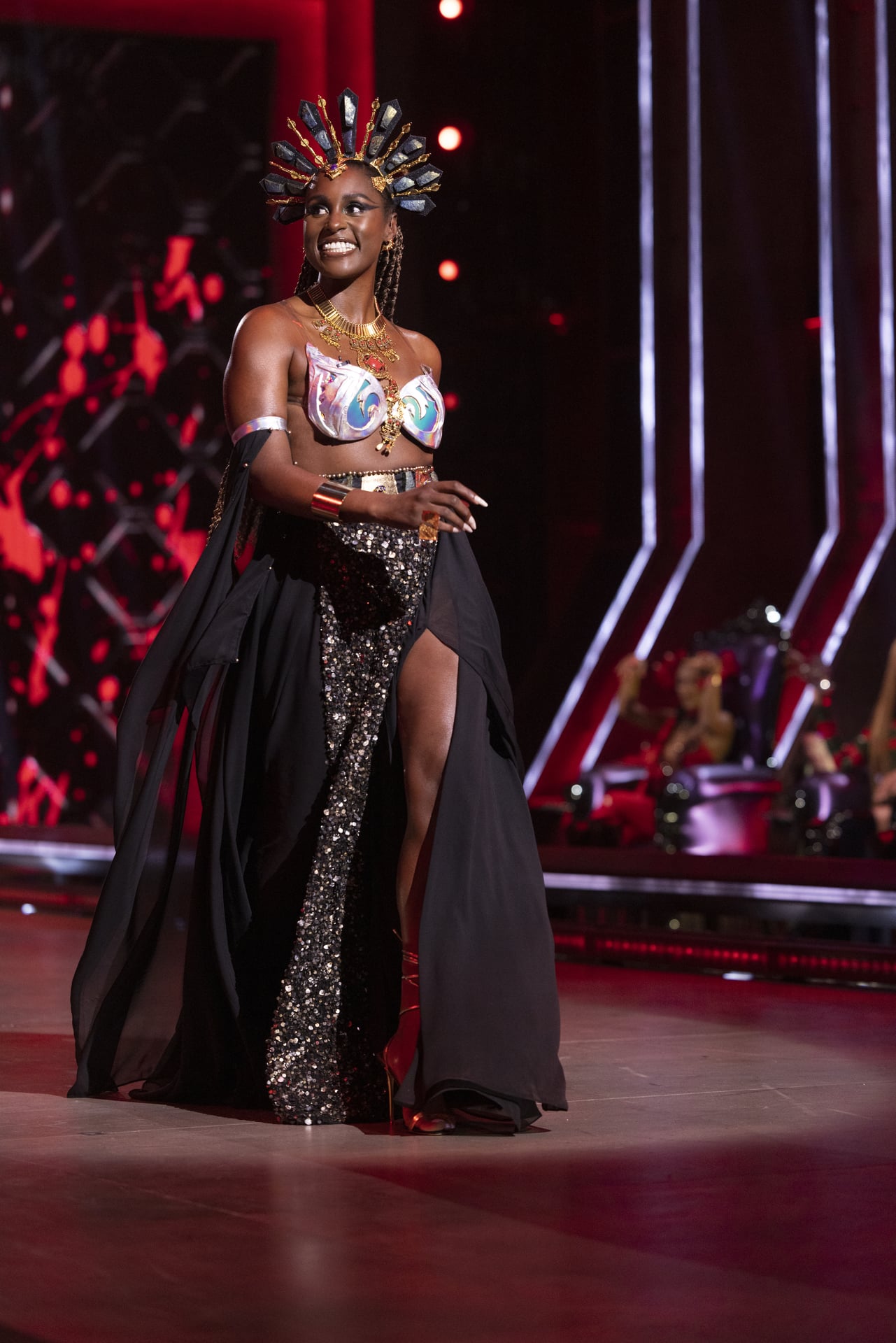 Things got scary in the fourth episode of HBO Max’s ballroom competition series, “Legendary,” but guest judge Issa Rae came prepared. This week, each one of the houses put together a performance piece inspired by a classic horror film for the “Whorror House” theme. The results were the perfect mix of spooky and dazzling. However, Rae stole the show thanks to her tribute to the late Aaliyah’s role in “Queen of the Damned.”

In the 2002 film, which was based on the novel of the same name by Anne Rice, Aaliyah played Queen Akasha, the first vampire. The regal role proved the R&B singer was a rising film star thanks to the way she commanded the screen. Sadly, Aaliyah died in a plane crash on Aug. 25, 2001, just a few months prior to the film’s February 2002 release.

Two decades later, her performance lives on, and it’s clearly still inspiring actors today as evidenced by Rae’s homage to Queen Akasha on “Legendary.” From the moment she walked across the stage, there was no mistaking who the “Insecure” creator was emulating. From her impressive, bejeweled crown to her African queen–inspired jewelry and spot-on replica ensemble, Rae fully embodied the spirit of the character from head to toe.

Although Aaliyah never got to see “Queen of the Damned,” her love for her character suggests she would be honored to see her performance is still enduring. In a 2001 interview with Entertainment Tonight, the singer shared just how excited she was to take on such a powerful role. “I had a lot of fun doing [Queen of the Damned]. I was very excited to be part of a vampire film, because I’ve been a lover of vampires since I was very young,” she said in May 2001. “And not only was this a vampire film — it was Anne Rice.”

Just as Aaliyah was a vampire fan, Rae is an Aaliyah fan. Prior to pulling off a flawless recreation of the singer’s Queen Akasha costume, Rae payed homage to Aaliyah’s style in 2020 when she donned a yellow cut-out dress for the Soul Train Awards. The double cut-out style was popularized in the late ’90s by the R&B singer, as pointed out by Essence.

It’s clear that Aaliyah has been a major influence on Rae, and by bringing Queen Akasha to life again on “Legendary,” she subtly reminded the world just how talented the late actor and singer truly was.