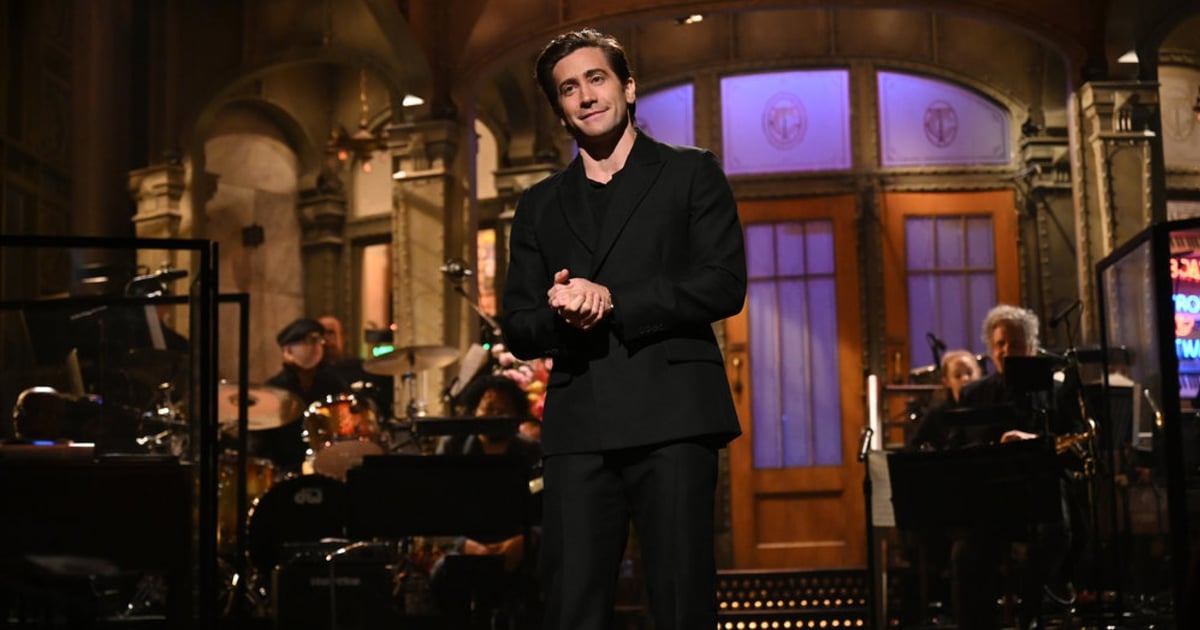 It’s been 15 years since Jake Gyllenhaal hosted “Saturday Night Live,” but the “Ambulance” actor didn’t miss a beat when he stepped back into the role on April 9 — literally. While reminiscing about the last time he was on the show, Gyllenhaal turned his “SNL” monologue into an impromptu Céline Dion tribute. The 41-year-old actor served up a pitch-perfect rendition of “It’s All Coming Back to Me Now” that will leave you wondering why Hollywood hasn’t cast this man in a musical yet.

Gyllenhaal’s pitch-perfect cover aside, the song itself was particularly fitting since his entire monologue was about how much he (and the world) has changed since the last time he hosted the show. “To give you an idea of what it was like in 2007, in the show I hosted, there was a George W. Bush sketch, there were jokes about the first iPhone, and this is a photo of me from my monologue,” he said before a photo of the actor in a dress appeared on the screen. “There I am in full drag singing a song from ‘Dream Girls’ to promote a movie where I played a gay cowboy. And that was actually the least problematic thing in that episode.”

Still, as much as the world has changed, the “Ambulance” star has changed just as much. He went on to note that in 2007, he had earned a reputation for being a “serious” actor, but since then he’s embraced the joys of his job. “I realized something I should have realized a long time ago — acting is a really stupid job. It’s pretend! And it’s fun and it should be filled with joy,” he said. “Well, I’m finally embracing that joy again, and that’s why I’m back standing on this stage!”

That’s also why he was singing “It’s All Coming Back to Me Now.” Gyllenhaal is getting reacquainted with his fun side — he’s also starring in a Michael Bay movie — and showing off his musical prowess in the process. Does this mean he might finally respond to Taylor Swift‘s epic 10-minute-long version of “All Too Well”? Probably not, but if Steven Spielberg decides to remake “Singing in the Rain” next, Gyllenhaal has his audition tape ready to go in the form of his latest “SNL” hosting gig.