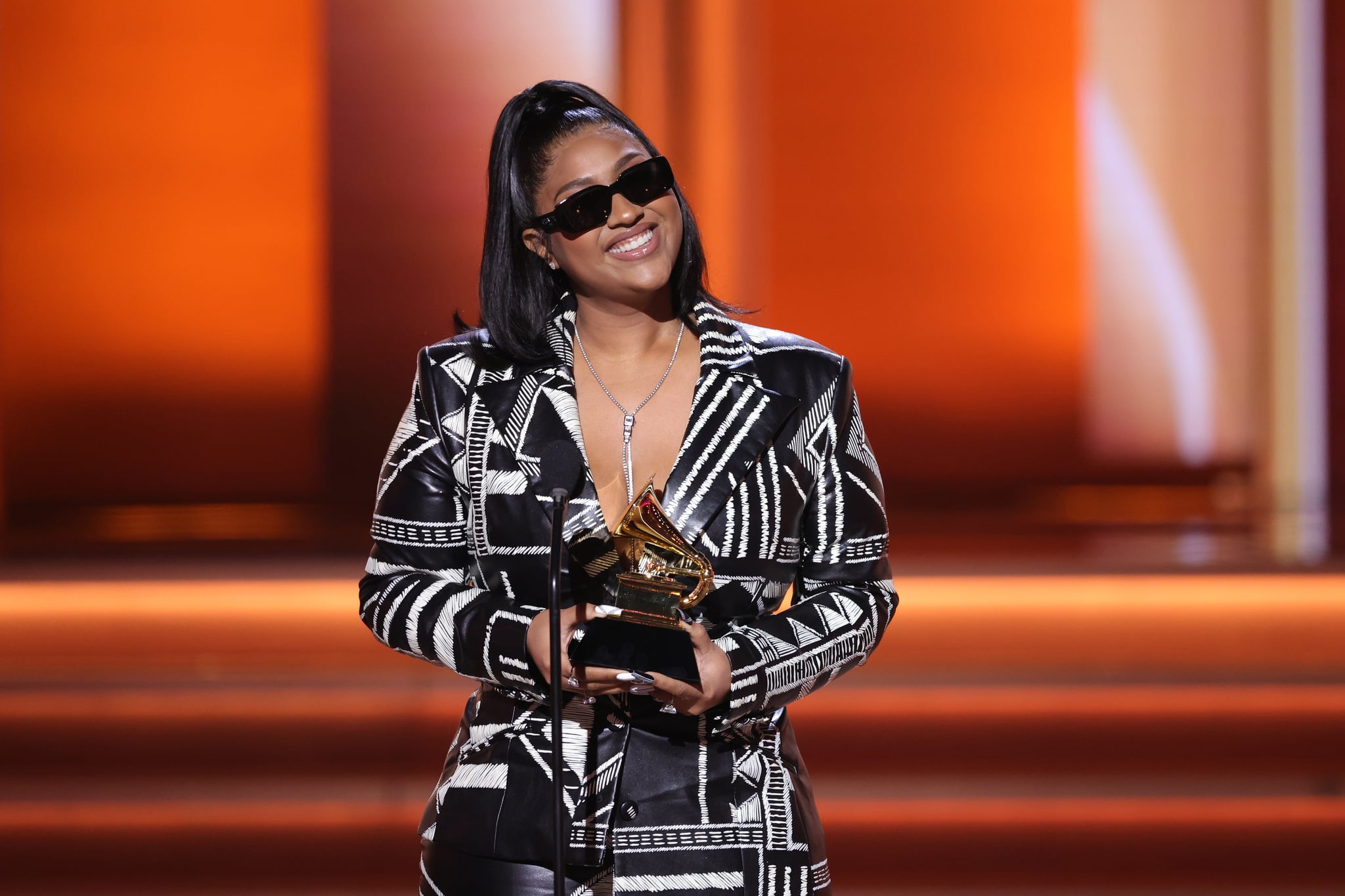 Jazmine Sullivan is officially a Grammy winner. At the award show on April 3 in Las Vegas, the revered singer’s fourth album, “Heaux Tales,” earned her the win for best R&B album. In one of the evening’s more emotional moments, Sullivan seemed genuinely taken aback when presenter Billy Porter announced her as the winner. “I don’t know what I heard,” she said while accepting the award in a printed Christian Siriano suit. “I almost didn’t believe it.”

Sullivan said the concept album allowed her to sift through feelings surrounding love and sex. “I wrote this project to deal with my own shame and unforgiveness around some of the decisions that I made in my 20s that weren’t favorable. What it ended up being was a safe space for Black women to tell their stories — for us to learn from each other, laugh with each other, and not be exploited at the same time — that’s what I’m grateful for,” she said. “Shout-out to all Black women who are just living their lives and being beautiful. I love you all.”

Earlier in the evening, Sullivan’s single “Pick Up Your Feelings” also earned the award for best R&B performance. The single was also nominated for best R&B song, but the award went to Silk Sonic’s “Leave the Door Open.” Sullivan has been up for 15 Grammys throughout her career, and her breakout year in 2008 following her debut album, “Fearless,” came with five nominations, including for best new artist. Watch Sullivan accept her long-overdue win ahead.