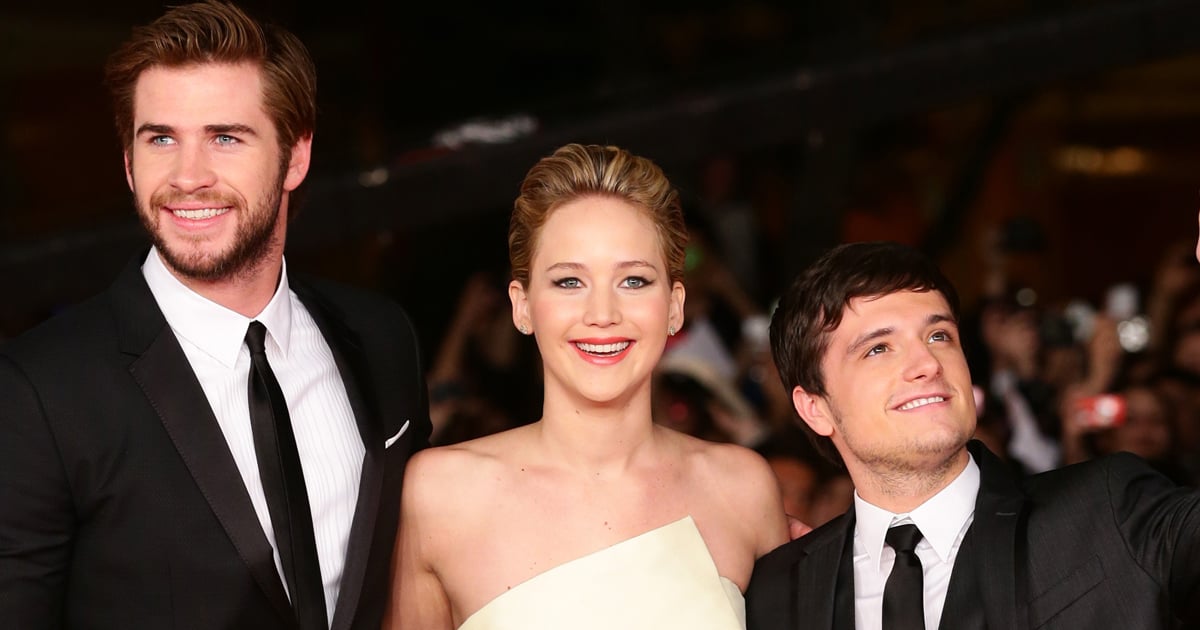 Jennifer Lawrence has us feeling nostalgic after shouting out her former “Hunger Games” costars in a recent “73 Questions” interview with Vogue. In the decade since the first film in the franchise made its debut, Lawrence has starred in countless award-winning films and has become a mom to a baby boy with her husband, Cooke Maroney. Even 10 years after the action series ingrained itself in the zeitgeist, Lawrence can’t forget her favorite takeaway from filming the series: the friendship she formed with Liam Hemsworth and Josh Hutcherson.

“The most fun I’ve ever had with actors on set is Josh [Hutcherson] and Liam [Hemsworth] on ‘The Hunger Games.’ Hi, boys,” Lawrence tells the camera as she walks under storm clouds in a mini golf course. After taking a few shots on the green, Lawrence adds that the best quality in a costar is “kindness and confidence,” giving another nod to her onscreen love interests/survival companions.

“The most fun I’ve ever had with actors on set is Josh [Hutcherson] and Liam [Hemsworth] on ‘The Hunger Games.'”

Caught in a love triangle on screen, the trio quickly became the face of the franchise, appearing in countless posters, press conferences, and exclusive interviews that fans of the book and film series watched on repeat. Behind the scenes, the costars were forming a bond that — while not the same as Katniss, Peeta, and Gale’s — was just as memorable.

“We really enjoy being together, don’t we?” Hemsworth said in a 2015 interview with JoBlo Movies about “The Hunger Games: Mockingjay Part 2.” While Lawrence and Hutcherson met Hemsworth’s comment with laughter, Hutcherson added, “No, it’s true. You make these movies, and they’re challenging. They’re hard. You’re on the press tours. But you have a great group of people. You have a great group with you that make it fun, and as you can see, we find a way to make it all enjoyable.”

The “fun” in question? “[Jennifer] often, right before a take, would turn to me and ask me if I liked having sex with kangaroos — anything along those lines,” Hemsworth said on “The Graham Norton Show” in 2016. “You never really know what’s going to come out of her mouth.” A few months earlier, in a 2015 interview on “Watch What Happens Live With Andy Cohen,” Lawrence also admitted that she and Hemsworth had kissed off screen. “Liam and I grew up together. Liam’s real hot. What would you have done?” she said.

For Hutcherson, the happy memories with Lawrence go back to 2011, when the pair first met at the SAG Awards to represent their respective films, “The Kids Are Alright” and “Winter’s Bone.” “She came over to me and she told me this story about how when she was about 10 years old, she had seen in a local newspaper in Kentucky that this young actor had gone out to California . . . to become an actor, and that was me,” Hutcherson told Yahoo. “And she showed that to her parents and was like, ‘Look, I want to do this, too. This kid [is] doing it.’ So it’s crazy that we ended up doing these movies together.”

While filming the series has presented its challenges over the years, the friendship Lawrence, Hemsworth, and Hutcherson have formed remains unmatched.