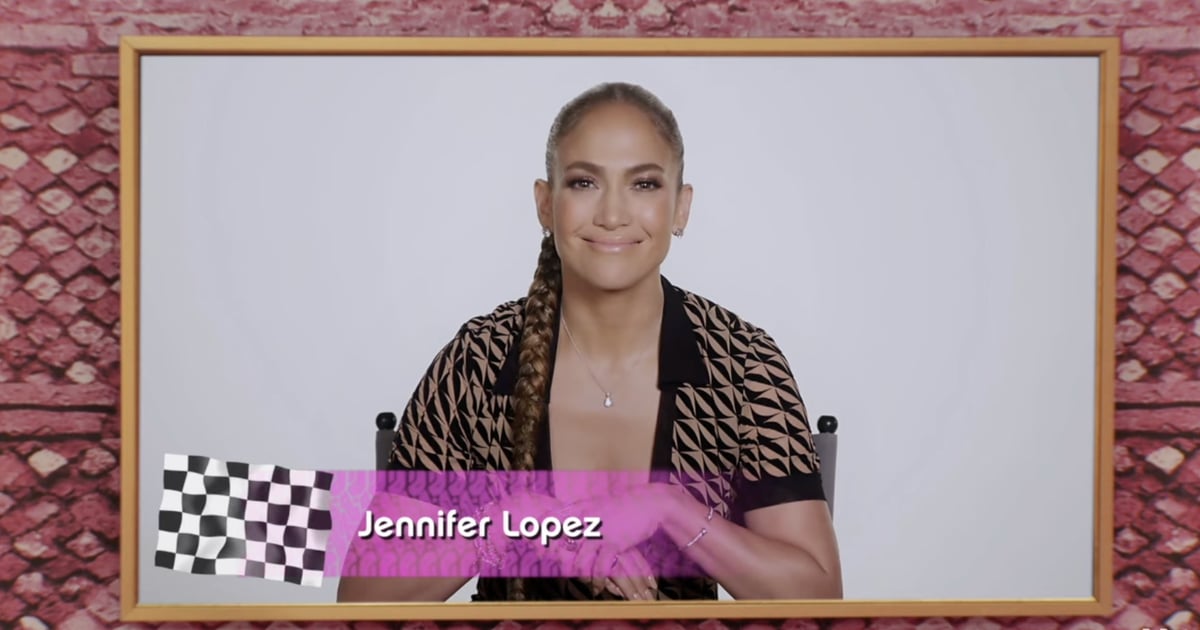 “Night of 1000 J Los” was the theme on Friday’s episode of “RuPaul’s Drag Race”‘s 14th season. So naturally, Jennifer Lopez stopped by the legendary Werk Room to give the queens a little encouragement. “I hear you’re doing Night of 1000 J Los! I’m so excited for this, it’s going to be an honor to see you all serving up my favorite looks from the past,” Lopez said during her virtual appearance on the show, which partnered with Universal Pictures to promote the superstar’s upcoming “Marry Me” film. “Before we get this party started, I want to give you a little advice, from one queen to another,” she added. “Don’t be afraid to get loud, be proud, and shake it! Now go out there and be fierce — but not too fierce, there can only be one Jenny From the Block! Make me proud and have fun.” Watch the fun clip above!

In case you missed it, contestant Kerri Colby stole the show on Friday night when she wore the updated version of Lopez’s iconic palm-print Versace dress, which she secured through a well-connected friend in the fashion industry. Lopez wore the exact iteration herself at Milan Fashion Week in 2019, making it the first time a contestant has ever strutted across the stage wearing the exact dress for their “inspired by” look. “J Lo has always inspired me in regards to me coming into my transition,” Colby told POPSUGAR. “I won, and I did it in f*cking Versace. Like, who can say that? . . . It’s just a dream.”