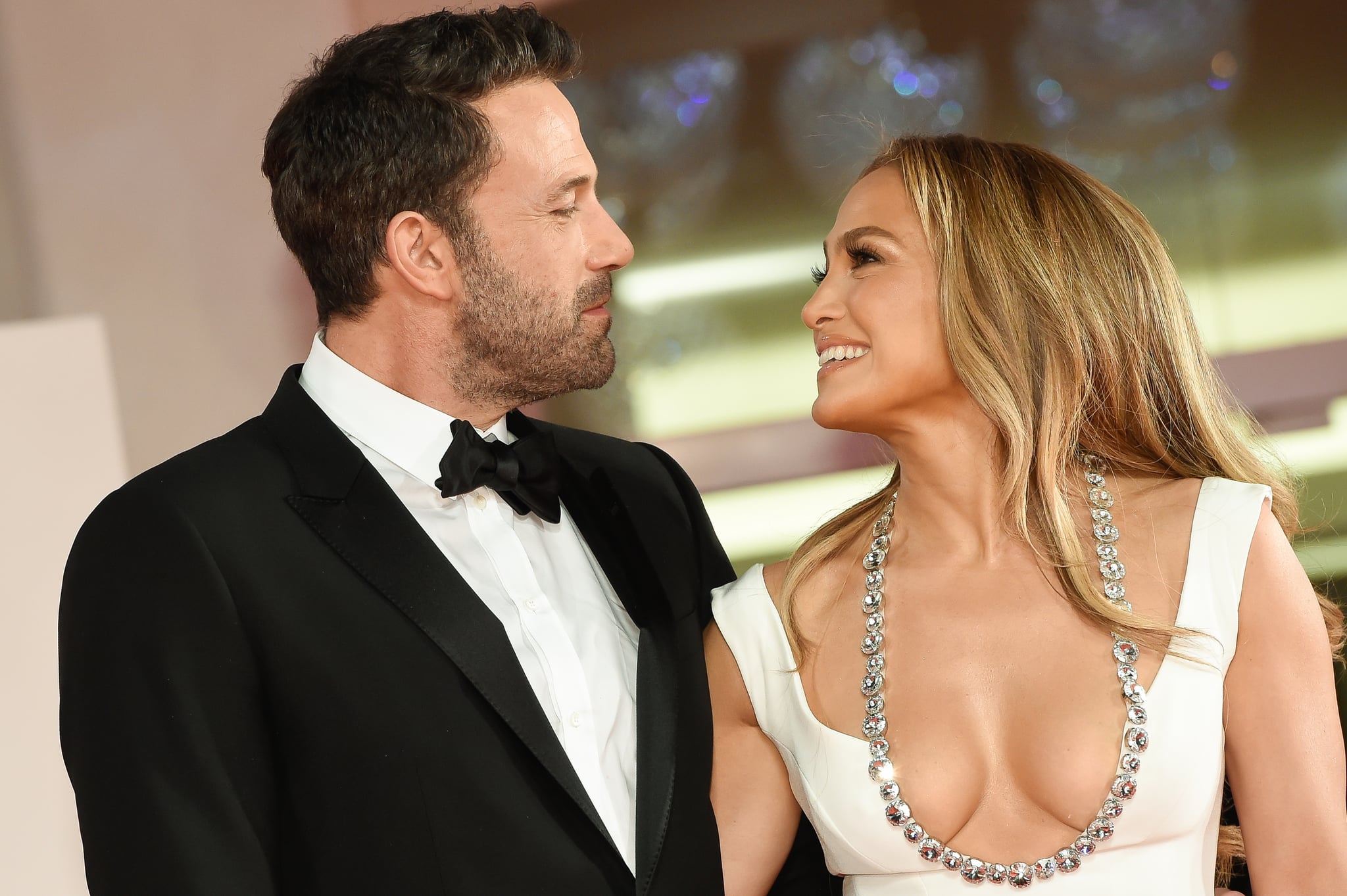 After nearly a year of red carpets, PDA-filled dates, and many déjà-vu moments since their reunion in May 2021, Jennifer Lopez and Ben Affleck are engaged! According to E! News, Lopez shared the exciting news via her On the JLo newsletter on April 8. While showing off her green engagement ring in a video message to her fans, Lopez said, “You’re perfect.”

Earlier in the evening, Lopez teased the “major announcement” with a video on Twitter. “So I have a really exciting and special story to share,” she said in the clip. “So if you’re not part of my inner circle, you have to go to onthejlo.com to hear this one.” Lopez also added a diamond-ring emoji to her Twitter handle.

In her April 12 newsletter, Lopez revealed more details about the engagement. “Saturday night while at my favorite place on earth (in the bubble bath), my beautiful love got on one knee and proposed,” she wrote, per Us Weekly. “I was taken totally off guard and just looked in his eyes smiling and crying at the same time.”

Lopez added that she was “trying hard to get my head around the fact that after 20 years this was happening all over again.” She continued, “I was quite literally speechless and he said, ‘Is that a yes?’ I said, ‘YES of course that’s a YES.’

“I was smiling so big and tears were coming down my face, feeling so incredibly happy and whole,” Lopez wrote. “It was nothing fancy at all, but it was the most romantic thing I could’ve ever imagined . . . just a quiet Saturday night at home, two people promising to always be there for each other. Two very lucky people. Who got a second chance at true love.”

Lopez also referenced her green engagement ring, adding, “Green has always been my lucky color and now, for sure, it always will be.”

Lopez and Affleck first met on the set of “Gigli” in 2001 and went on to get engaged in late 2002. However, after two years together, they broke things off the day before their planned wedding due to the excessive media attention. Seventeen years later, the pair started hanging out again in the spring of 2021, and by July, Lopez officially confirmed the relationship, sharing a photo of the couple on Instagram.

While the couple have remained relatively quiet when discussing their rekindled romance, Lopez recently opened up about her “second chance” with the 49-year-old actor. “I just feel very happy and lucky to be in a relationship that’s happy and loving, and I want to do everything I can to protect that and keep it safe,” she told People in February. “It deserves that, it really does . . . We hold it sacred.”

Lopez also revealed she was “100% open” to tying the knot again last November. “I mean, you know me. I’m a romantic, I always have been,” she said before adding, “I still believe in happily ever after, for sure, 100 percent.”

Prior to her reunion with Affleck, Lopez split from Alex Rodriguez after four years together, ending their two-year engagement. She was also previously married to Marc Anthony, with whom she shares her kids, Emme and Max, as well as Ojani Noa and Cris Judd. Affleck, on the other hand, most recently dated Ana de Armas from spring 2020 to early 2021 and was married to Jennifer Garner from 2005 to 2018. The two coparent their kids, Violet, Samuel, and Seraphina.