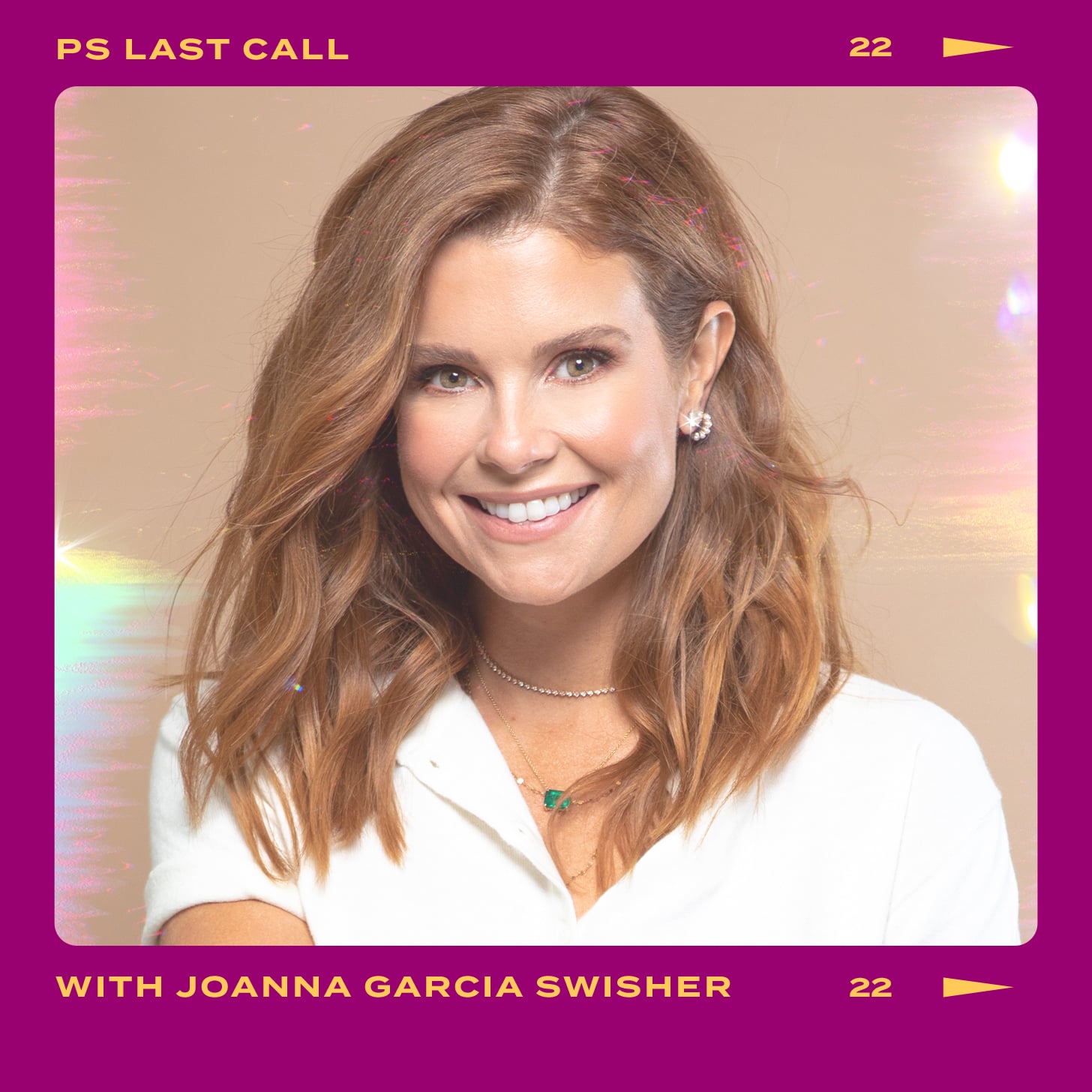 In our Q&A series, Last Call, we get down to the bottom of every last thing with some of our favorite celebs — from the last time they were starstruck to the last song they listened to. This week, JoAnna Garcia Swisher takes our call.

A year after its premiere, “Sweet Magnolias” is finally returning for season two on Feb. 4. The first installment of the Netflix series ends on a major cliffhanger with Kyle (Logan Allen) and an unknown passenger getting in a car accident. And while we were hoping to get some answers come season two, according to Swisher, there’s much more drama on the way.

“It definitely does not resolve. I think that the car crash — as much as it’s obviously very scary and no one totally knows who’s in the car and what the fallout is — I think the fallout is so much deeper,” Swisher tells POPSUGAR. “Maddie thinks that she’s going to get to take a deep breath to process the last year of her life and all of the personal things that she went through because of it. . . . But then inevitably, in ‘Sweet Magnolias’ mysterious ways, she is immediately reminded that a whole new set of problems and dramas can occur. And so it just doesn’t let up. It just doesn’t let up.”

“Sweet Magnolias” has yet to be renewed for a third season, but if it does get picked up, Swisher is all in — and it seems like Netflix may be on board as well. “I think that there is a great excitement and willingness to do it. I think that Netflix has always been incredibly supportive of the show, and we feel like they really love it,” she explains. “I think everybody would like to see it continue. Obviously, it has to resonate with fans and be successful in that way, but we have every reason to believe that we’ll still get to continue the story. And I hope that the fans love this season even more than they love the first.”

As we wait for the return of “Sweet Magnolias,” read the rest of Swisher’s Last Call interview ahead.

What was the last day of filming season two of “Sweet Magnolias” like for you?

It was intense. I started the day fighting with Bill (Chris Klein). The middle of my day, I had a margarita night and then cried because I was very weepy because I was going to miss my girls. And then I ended in a mini-sized towel after a fun shower with Cal (Justin Bruening). So I ended the season in a robe thanking our incredible crew half naked. It was all over the place.

What was the last thing you did with your “Sweet Magnolias” costars off set?

I just was in New York with Heather [Headley], Brooke [Elliott], and Sheryl Anderson, our showrunner, filming “Book Club” for Netflix with Uzo Aduba. She is phenomenal, and I think she became our fourth Magnolia.

Who is the last “Sweet Magnolias” costar you texted?

Brooke. She had a dream with Emmy in it, my oldest daughter, and we laughed about that.

I pretend to binge-watch on airplanes, and so then I don’t get all through it, but I know how important binge-watching is when you’re on a show, and you’re like, you just want everyone to binge-watch your show. I’m currently binging “Yellowstone.” 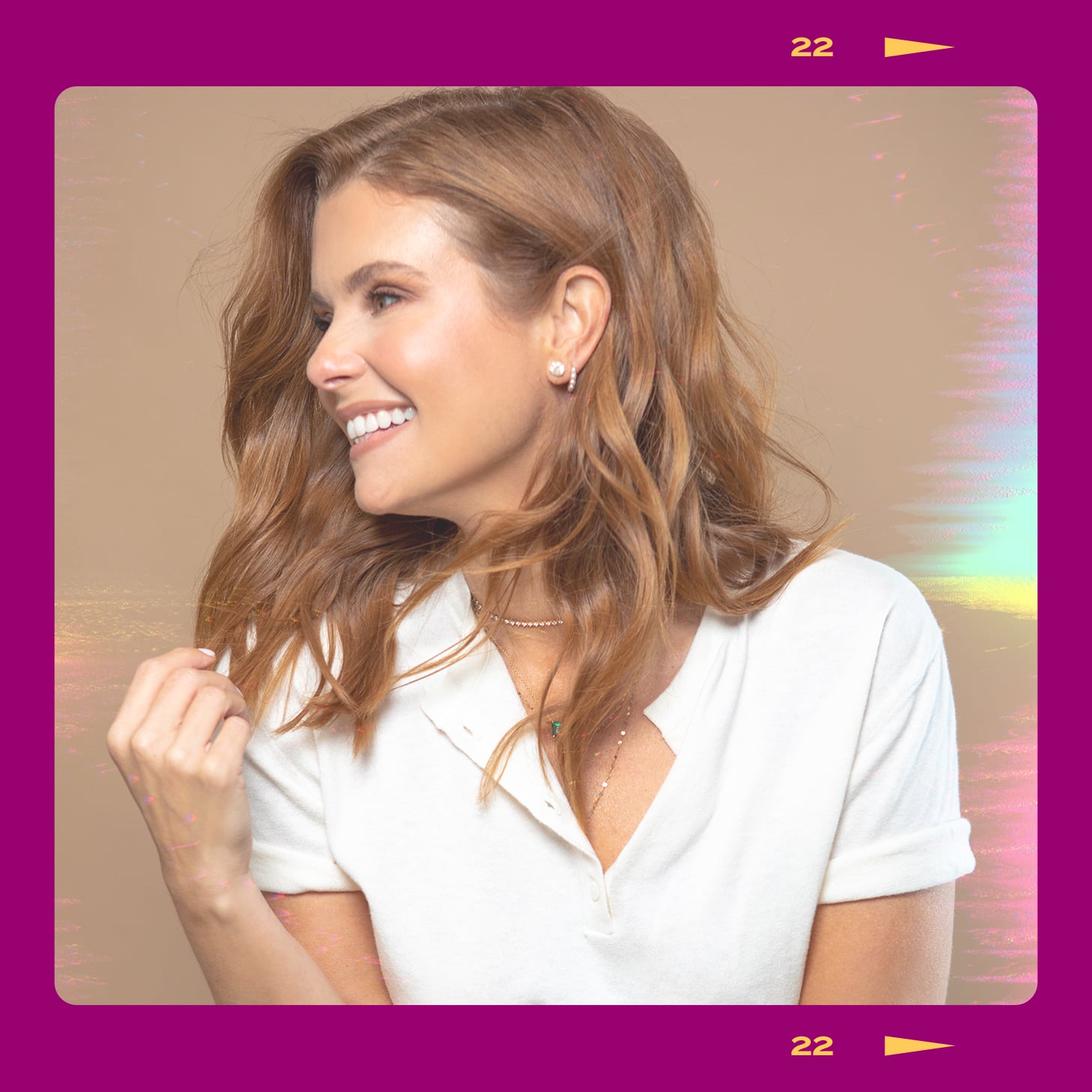 Oh, we are obsessed with the “Rent” soundtrack right now. My kids sing at the top of their lungs. They love it.

I just finished a book that I absolutely adore called “Ladies of the House” by Lauren Edmondson. It’s my Happy Place March book club pick. I just recommend books every month, and that’s my March one. It might actually be my February one because we haven’t gotten to February yet and I just recommended it.

What is the last gift you received?

Well, my pilates practice has become my complete and utter everything, but I also have been working in Utah. So I gave myself a sleep-in, watched like a million episodes of “NCIS” that plays on syndicated television on Sunday, and it was really nice. And my husband was even like, “Are you feeling well?” I was like, “I feel great. I feel great. I can’t believe this is happening.” I’ve been running and gunning going back and forth to Utah, and he said, “Right now your wellness is your rest,” so I’m trying to listen to that.

We went to Sea Island as a family with my brother and his kids. And right before that, I went on an adult trip to the Bahamas. My kids are about to come visit me on set in Utah, and we’re going to do a full tubing, sleigh ride, the whole thing. We’re going to just really be tourists in Park City.

This is going to really surprise you guys, though, and it’s not at all pop culture. But this is the honest-to-God truth because I remember saying this to Nick. So Steve Spurrier, he used to be the coach of University of Florida. I met him at a wedding, and I even called him Mr. Spurrier. Nick was like, “Who are you?” I was like, “I don’t know.” We loved Coach Spurrier. He’s the old ball coach. My husband’s like, “You’re an idiot.” But yeah, there you go. It’s not good. It’s not good, but that’s the truth.