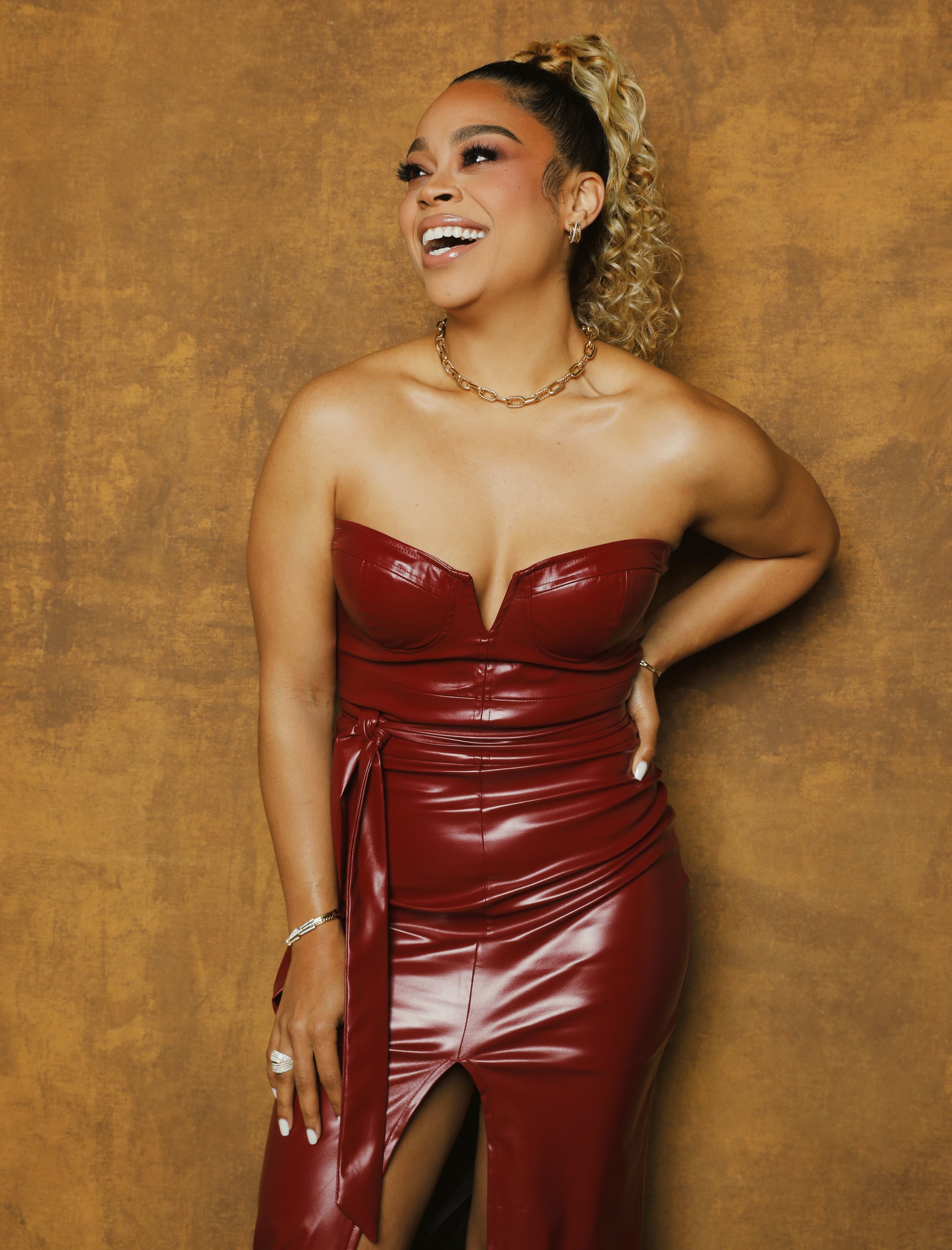 In our Q&A series POPSUGAR Crush, we get to know some of our favorite celebs’ more intimate details — from their first celebrity crush to the best love advice they’ve ever received. This month, we’re crushing on Gentefied star Julissa Calderon.

Yessika is ready for a new chapter on season two of Gentefied. After breaking things off with Ana (Karrie Martin Lachney), Yessika is starting to make herself a priority and focus on what she wants out of life. For Julissa Calderon, the actress behind Yessika, it was humanizing for her to see Yessika finally loosen up a bit. “In season one, Ana was her priority and the community was her priority and she struggled between the two,” Julissa told POPSUGAR. “Yes, she’s still about her community, but for the first time, you see her kind of let a little bit loose . . . You get to see her make a couple more jokes and you get to see her in her element. I think that was very different because we’re human, right? These characters are very human. And that’s life. We go through different times, we occupy different spaces in our lives in different times, and we got to see that from her.”

“It’s not just the Latinx market. It’s all of us, we’re all going through this.”

Season two was an emotional roller coaster not only because of Ana and Yessika’s breakup, but also due to Pop (Joaquín Cosío) facing deportation and the Morales family losing the taco shop. “I feel like the court scenes were very emotional, specifically episode eight, because you got to see all these people rooting for [Pop],” Julissa said. “We start the show with him coming out of jail. Then, we go to court and you end it with him [saying], ‘Listen, I belong here,’ and fighting for his life.” Those scenes in particular hit Julissa the hardest. “There are so many cases happening right now in this country [like Pop’s], from people in Haiti, Cuba, so many different places. It’s not just the Latinx market. It’s all of us, we’re all going through this. So to see that on TV and then for Yessika to be on the stand, it felt real.”

There’s no word yet on whether there will be a season three of Gentefied. But if it does get renewed, Julissa hopes Yessika and Ana figure things out, regardless of whether that means they get back together or stay broken up. “These women are in their early to mid-20s, they’re figuring themselves out,” Julissa explained. “I think Yessika loves Ana and that love is never going to go away. I think it was her first love. She introduced her to what it is to be in a queer relationship and a lesbian relationship, so I hope that they figure it out. That’s all. I don’t know if that’s figuring it out together or if it’s figuring out apart, but I want them to be very happy.” Read the rest of Julissa’s POPSUGAR Crush interview ahead.

Since Gentefied takes place in Boyle Heights, what is your go-to date spot in Los Angeles?

Ugh, I don’t have a go-to place. I literally am a homebody, so I like to be on the couch, Netflix and chilling.

We know that food is a big theme throughout Genetefied — what is your favorite thing to cook or order for take-out?

Favorite take-out order? Italian food. I’m obsessed. Always, always, always. To cook? I like to make tacos, but I make skinny girl tacos, like lettuce wraps. I think that’s my favorite thing. It’s easy, it’s fun, and I’m always going to be satisfied at the end, but in a good way. I’ll put my tortilla chips on the side to give me that little balance.

When you’re not on set, what is your favorite form of self-care?

Ooh, I am obsessed with Epsom salt baths mixed with bubble baths and I like candles. I put it on my Instagram sometimes. I’ll light a candle and I journal. It’s my favorite thing to do to get away from the world. I always live in my head. I’m one of those people. So in that time, I’m getting those feelings and emotions out. I [launched] a journal last year. It’s called Manifest That Sh*t. I [created] it because I wanted people to really do this. I’ve been a serial journaler for over 11 years. I have a stack of all the journals that I’ve had throughout the years. I want people to do it because it’s my form of therapy.

What is your most memorable fan encounter?

I was shooting a movie [in Miami] called Bridges, and this little girl was watching us from the balcony. And we were just thinking, “OK, she’s just watching us filming this movie. So, that’s all.” But eventually, she came downstairs and she ran up to me, I have pictures, and she was like, “I knew it was you. I’m such a fan. I love you so much. Can I have your autograph? Can I take pictures?” It brought tears to my eyes because I was shooting in my hometown and this little girl recognized me. It was a beautiful thing.

What is your all-time favorite show?

Top three: Saved by the Bell, the original, the classic; Mama’s Family, it’s an old show; and then Gentefied.

Who was your first celebrity crush?

I want to say it was Zach Morris, which is really weird. I watched that show way too young. I don’t know what I was doing watching that show, but I think it was him. I remember being like, “Oh my God, he’s so cool. He has this phone and he’s thee guy.”

What is your biggest turnoff/turn-on?

Turnoff is someone that doesn’t stay true to their word. I hate that. If you tell me you’re going to do something, then do it. My biggest turn-on would be the exact opposite, right? It will be someone [whose] word is their bond. They come through no matter what, I love that. Loyalty and your word. That’s everything.

What is the most romantic thing you’ve ever done or that’s ever been done for you?

This is really weird, but it was funny, cute, and romantic. I opened the door to my home and there was a trail of, instead of roses, it was $100 bills. I know this sounds wild, but it wasn’t. It was actually sweet because I wanted something particular, so when I got to the end of it, it was what I wanted. There was a note written [that read], “I want you to get it for yourself, so here is this.” It was really sweet. I was just not expecting it. For me, it’s the thought that counts, not the money, but the thought behind it. Attached to it was this glass heart that had my name customized on it.

What is the best trip you’ve ever been on?

Best, best, best trip had to be in the Dominican Republic. A few years ago, 17 of my family and friends went for my birthday for five days in Casa de Campo, and it was amazing. Everyone was just there for me. Some of my friends didn’t know each other and some of my family members didn’t know all the friends, and by the end of the trip, everyone got along. That was special. I think it was telling of me and the people that I chose and their energy and vibes. It was beautiful and it was just love all around.

What is the best love advice you’ve ever received?

The best love advice I’ve ever received is to love yourself. Always choose you first and that’ll show people how to love you and how to treat you. It’s simple, right? It was from my grandma. She was like, “Tu te tienes que querer tu misma más.” I think her telling me that was just a real thing. When you have all that self-love, you don’t tolerate anything that’s less than that and you show others how to love you.