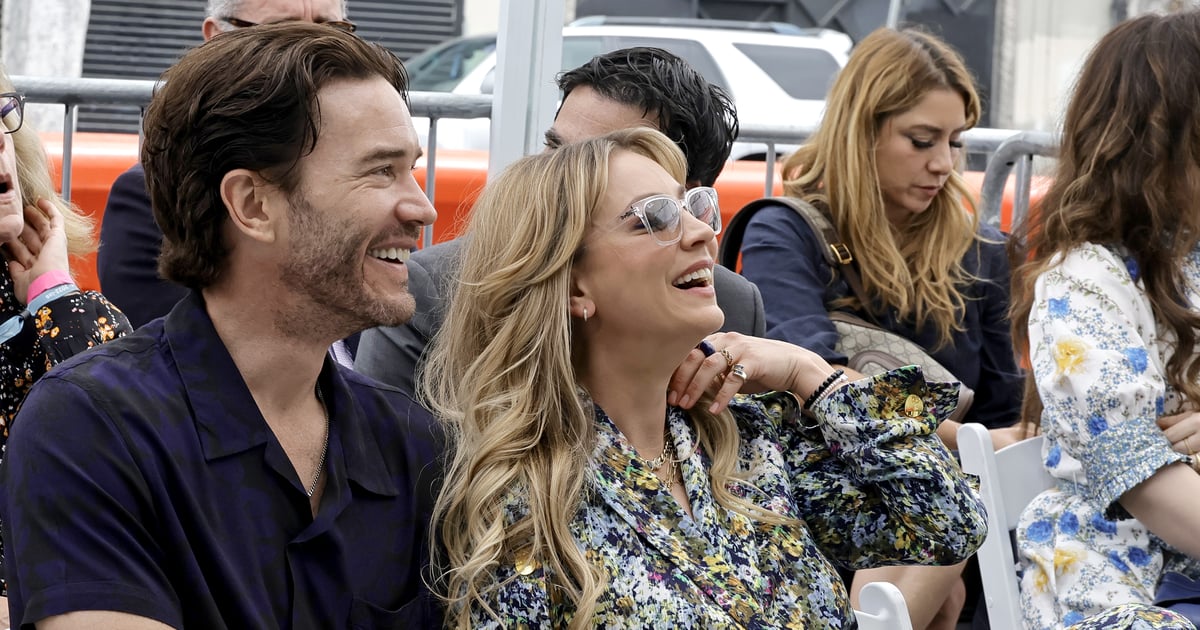 Love is in the air for Kaley Cuoco. The “The Flight Attendant” star and “Ozark” actor Tom Pelphrey confirmed their new relationship on May 3, sharing loved-up photos on Instagram. Cuoco posted a gallery of snaps from what appears to be a mountain vacation — including a selfie of Pelphrey kissing her cheek — captioning it, “Life lately . . . ‘the sun breaks through the clouds, rays of gold slipping into my eyes and heart, rays of yellow to break the grey.'” Meanwhile, Pelphrey posted two Polaroids of them smiling and making silly faces together (seen below), with a lengthy, poetic caption about being “saved” by someone.

A few weeks later, the pair made their public debut as a couple at the Hollywood Walk of Fame star-unveiling ceremony for television producer Greg Berlanti. Cuoco and Pelphrey looked adorable as they held hands and laughed together in the audience.

The news of Cuoco’s budding romance comes eight months after she filed for divorce from professional equestrian Karl Cook, to whom she was married for three years. They announced their split in September with a joint statement: “Despite a deep love and respect for one another, we have realized that our current paths have taken us in opposite directions. We have both shared so much of our journey publicly so while we would prefer to keep this aspect of our personal life private, we wanted to be forthcoming in our truth together. There is no anger or animosity, quite the contrary.”

In a recent cover-story interview with Glamour, Cuoco touched on the “trauma” of her divorce and her outlook on marriage moving forward. “I would love to have a long-lasting relationship or a partnership, but I will never get married again. Absolutely not. You can literally put that on the cover,” she said. “But I believe in love, because I’ve had incredible relationships. I know that they’re out there. I like being someone’s partner and having that companionship. We’ve all been there where you think, ‘Oh, my God, I’m never going to meet someone else.’ And you do.”

Before Cook, Cuoco was married to tennis player Ryan Sweeting from 2013 to 2015. Pelphrey has been linked to several costars in the past, including Jaimie Alexander, Lili Simmons, and Gina Tognoni.