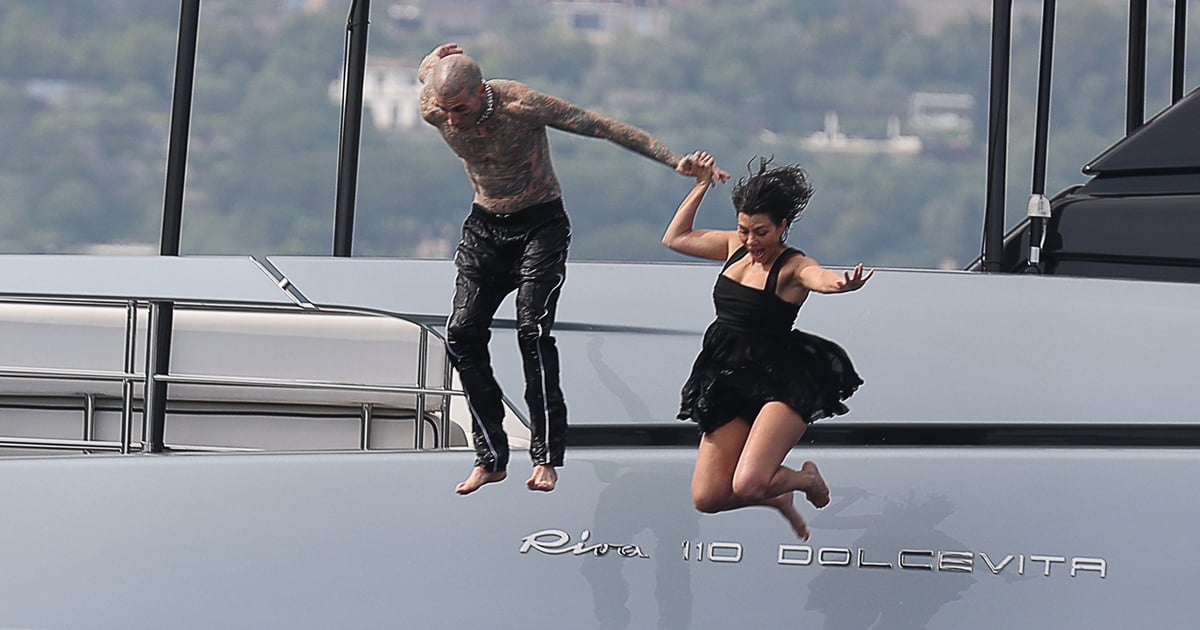 Kourtney Kardashian and Travis Barker have said “I do” for the third time. The couple, who were officially married during a courthouse ceremony in Southern California on May 15, as confirmed by People, exchanged vows in front of their family and friends in Portofino, Italy, on May 22. While their previous ceremony was an intimate one (the couple had a “practice wedding” in Las Vegas on April 4), their third wedding was a lavish outdoor affair in the historic village, as reported by E! News.

Kardashian and Barker exchanged vows at L’Olivetta, a villa that is owned by Dolce & Gabbana, before heading to a reception at the 16th-century Castello Brown with their children — Kardashian’s three: Mason, Penelope, and Reign; and Barker’s children: Landon, Alabama, and stepdaughter Atiana De La Hoya — by their side, per People. A source previously told E! News that the couple wanted all of their kids to feel included in their third ceremony.

“Kourtney is happy that everyone knows this is her wedding weekend, and she is ready to celebrate,” the source said. “She hasn’t worried about one detail and has been very relaxed. Kourtney has made sure all of the kids feel included the last couple of days and has been spending a lot of time with all of the kids together, including Travis’s. It’s been a lot of family bonding.”

In addition to their children, Kardashian and Barker’s extended family and friends flew out to Italy to show the couple their support. Throughout the weekend, the bride’s sisters — Kim Kardashian, Khloé Kardashian, Kylie Jenner, and Kendall Jenner — have been sharing photos from the prewedding events. Meanwhile, Kardashian has been focusing on enjoying her special day. The day after their wedding, the newlyweds were spotted enjoying a fun yacht day in Portofino, where they jumped off a boat and showed some PDA.

On May 15, a source confirmed to People that the couple were officially married after TMZ shared photos of them posing in front of a “Just Married” sign in bride and groom outfits in Santa Barbara, CA. It was previously reported that the couple got married at the One Love Wedding Chapel in Las Vegas in the early hours of April 4 following their appearance at the Grammy Awards. The ceremony lasted 30 minutes, and an Elvis Presley impersonator was in attendance. Notably missing, however, was an actual marriage license.