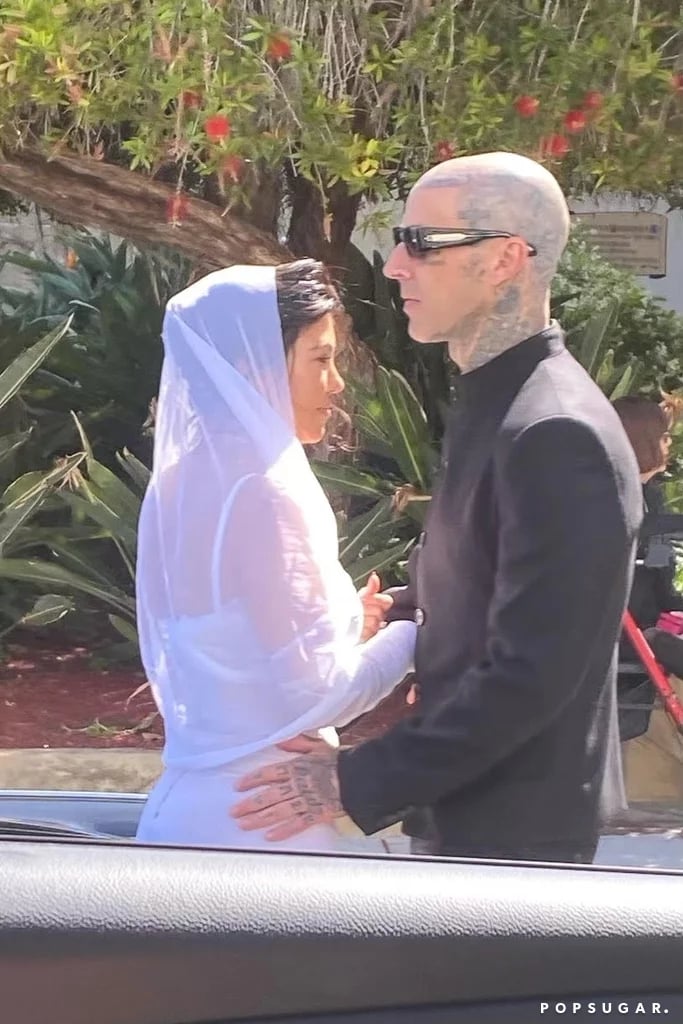 Kourtney Kardashian and Travis Barker are officially legally married. On Sunday, a source confirmed the news to People after TMZ shared photos of the couple posing in front of a “Just Married” sign in bride and groom outfits in Santa Barbara, CA.

According to People, they wed in front of a few close friends and family. “They had to legally get married first ahead of their big Italian wedding, which is happening very soon,” the source told People. “All the details are set and the whole family, including all the kids, are very excited.”

It was recently reported that the couple got married at the One Love Wedding Chapel in Las Vegas in the early hours of April 4 following their appearance at the Grammy Awards. The ceremony lasted 30 minutes, and an Elvis Presley impersonator was in attendance. Notably missing, however, was an actual marriage license.