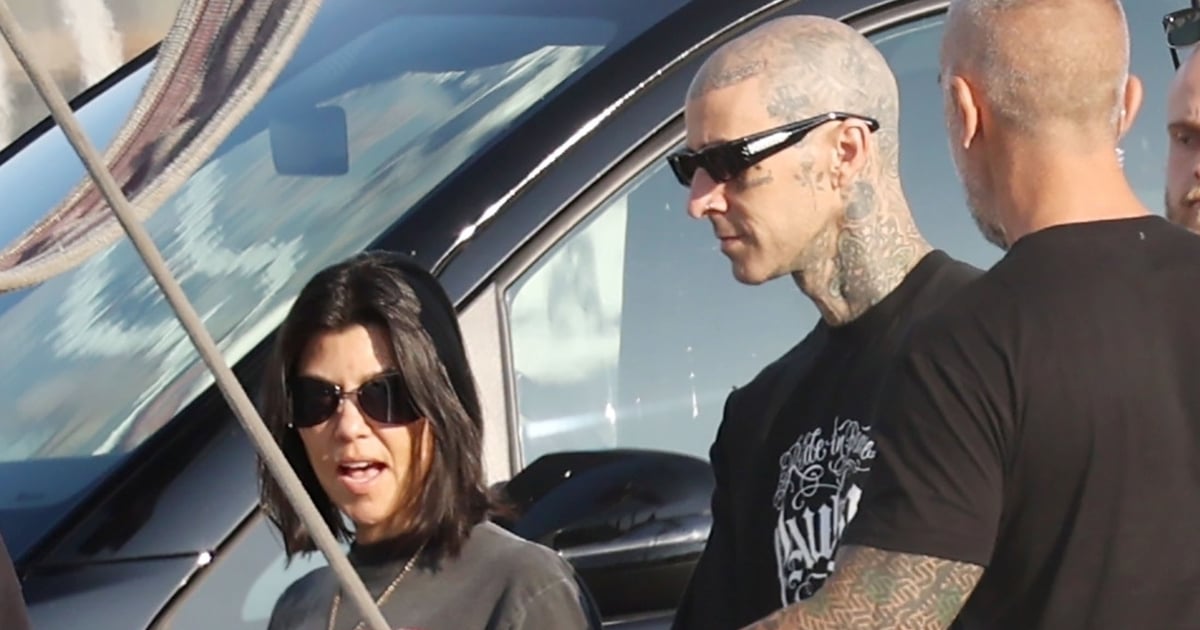 Kourtney Kardashian and Travis Barker are officially legally married. On May 15, a source confirmed the news to People after TMZ shared photos of the couple posing in front of a “Just Married” sign in bride and groom outfits in Santa Barbara, CA.

According to People, they wed in front of a few close friends and family. “They had to legally get married first ahead of their big Italian wedding, which is happening very soon,” the source told People. “All the details are set and the whole family, including all the kids, are very excited.” On May 16, Kardashian and Barker both shared their black-and-white wedding photos via Instagram captioned, “Till death do us part.”

And now, the couple have touched down in Italy for their big wedding! Three days after their California wedding, Barker and Kardashian were photographed in Portofino. Shortly after, the rest of the Kardashian-Jenner clan were spotted boarding a plane to join them. “Kourtney has been very relaxed leading up to the wedding and has been in a great mood,” a source told E! News. “She’s just happy and so in love with Travis and isn’t stressed about the details. They are very excited to start this next chapter in their lives and make it even more official.”

The source continued, “Although she is already legally married to Travis, she is excited to finally have her fairytale wedding and have her friends and family witness them exchange vows. The family will be heavily involved and all of their children will be there and will be acknowledged. It was important to both Kourtney and Travis to have the kids be a part of the ceremony.”

It was previously reported that the couple got married at the One Love Wedding Chapel in Las Vegas in the early hours of April 4 following their appearance at the Grammy Awards. The ceremony lasted 30 minutes, and an Elvis Presley impersonator was in attendance. Notably missing, however, was an actual marriage license.