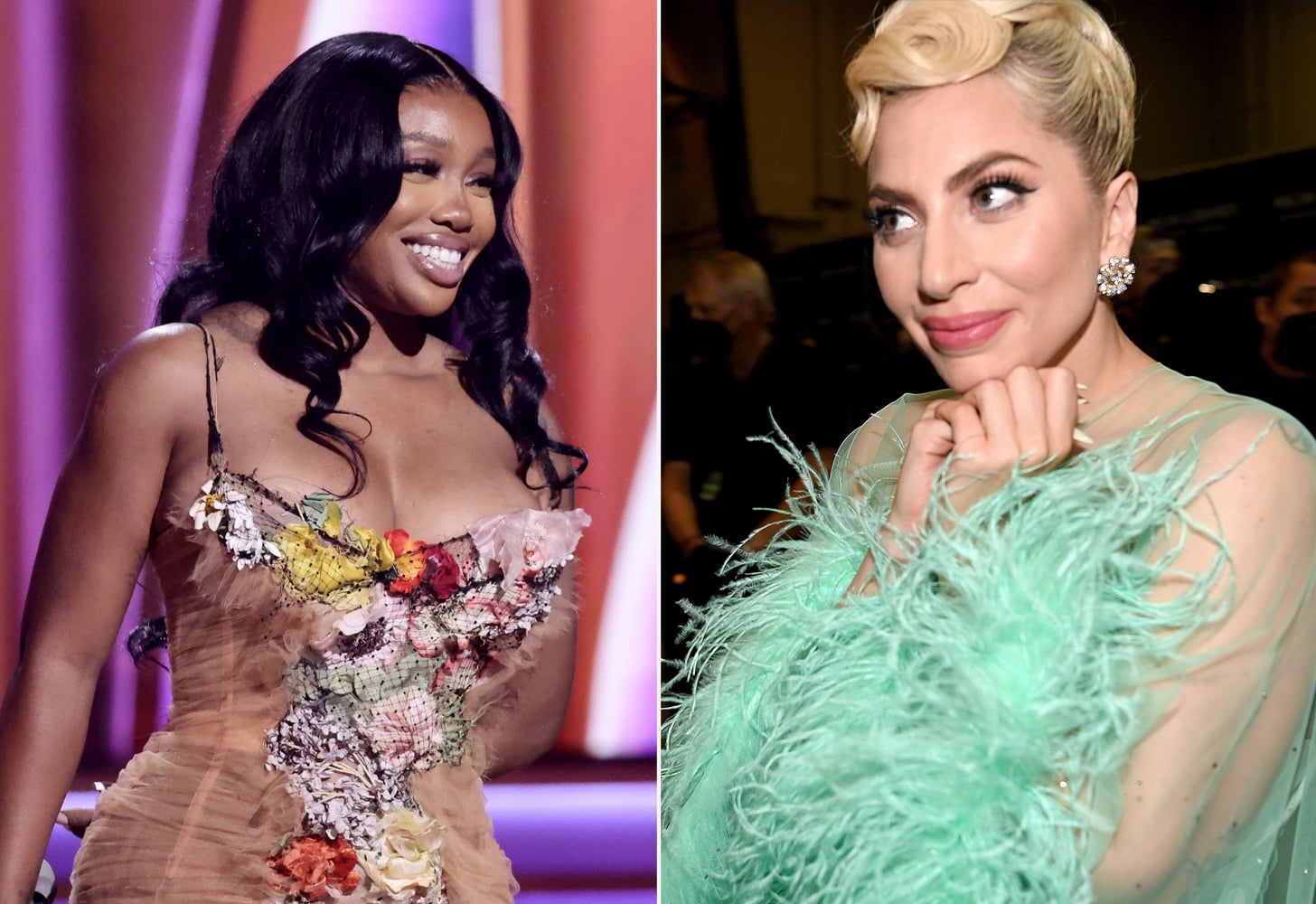 Lady Gaga swooped in to make sure SZA looked picture-perfect on stage while accepting her first-ever Grammy. The “Stupid Love” singer fixed the train of SZA’s long floral dress as she climbed the steps on crutches at the MGM Grand Garden Arena in Las Vegas to receive the award for best pop duo/group performance alongside Doja Cat. Gaga and Tony Bennett’s “I Get a Kick Out of You” was also nominated for the accolade, but it didn’t seem to phase Gaga one bit that she lost to SZA as she fluffed her tulle gown and beamed from ear to ear. Queens supporting queens — we love to see it.

Although SZA walked the Grammys red carpet without any assistance, she had crutches on hand during the award show and used them to get from her seat to the podium. Backstage in the press room, she explained what caused her injury, saying, “It’s very funny because I fell out of bed right before it was time to leave and get ready for this, like the day before, but that’s the way it goes. Everything awesome in my life has always come with something very random, but it just adds to the energy.”

It was an eventful night for both Lady Gaga and SZA. The former delivered a jazzy performance of her songs “Love For Sale” and “Do I Love You” during the ceremony, while the latter finally nabbed her first Grammy after scoring 11 prior nominations throughout her career. Watch the clip below to witness the wholesome moment Gaga had SZA’s back at the show.