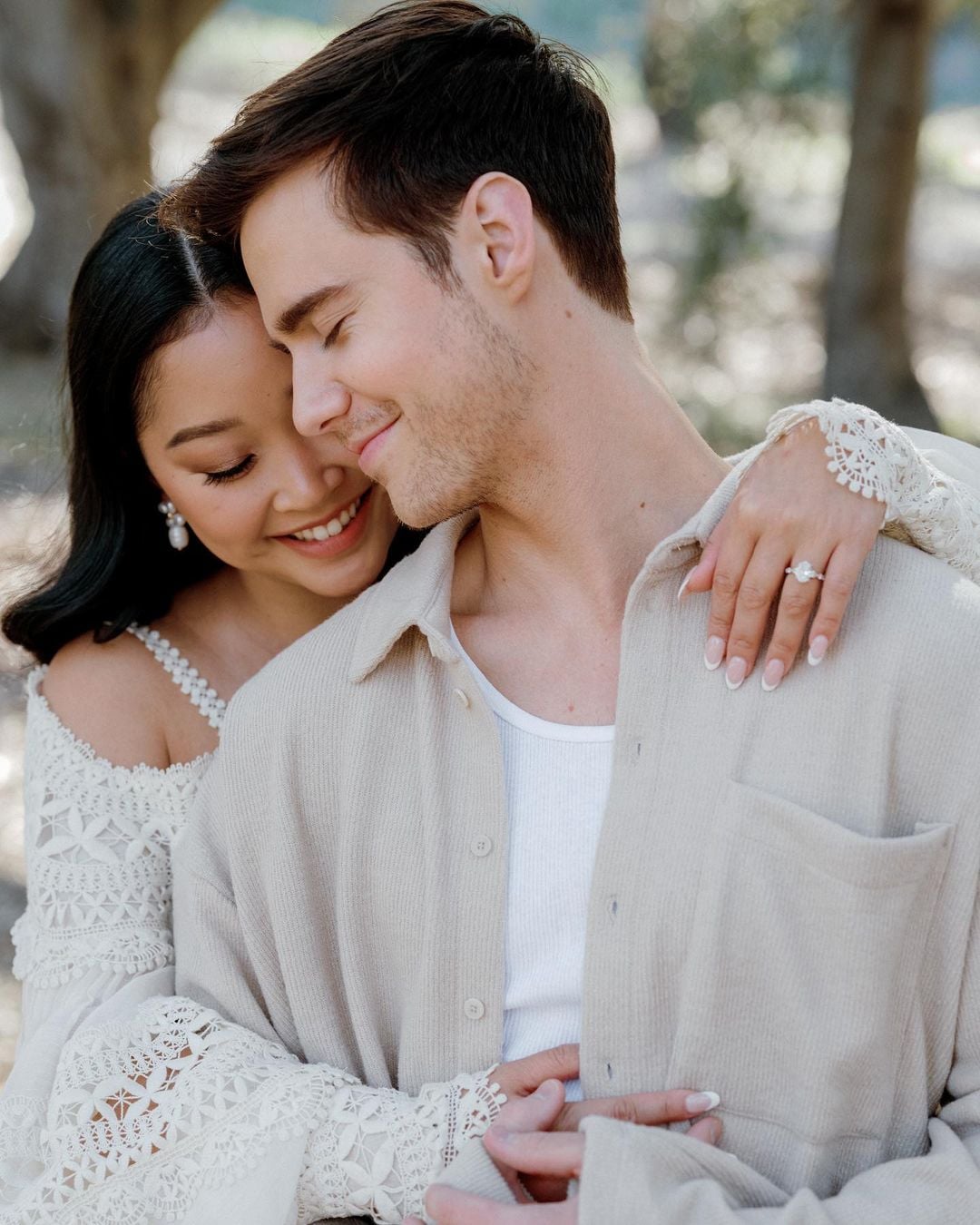 Congratulations to Lana Condor and Anthony De La Torre, who are now engaged! The “To All the Boys I’ve Loved Before” star announced the big news on Instagram on Jan. 28, sharing several pictures of the happy couple from a photoshoot. “Saying YES was the easiest decision I’ve ever made,” she wrote in her caption. “I consider myself the absolute luckiest woman alive to live in your sphere . . . Emmy & Timmy said it’s about time mommy & daddy got engaged!!!”

De La Torre also shared their photos on his Instagram page, writing in a caption, “That moment when you ask your best friend to be by your side forever . . . I’ve wanted to do this for 6 years. The easiest decision I’ve ever made was to ask this angel to be my wife.”

Condor and De La Torre met at an Emmys party in 2015 and have been inseparable ever since. In a previous interview with “Cosmopolitan,” Condor recalled how the two first hit it off after De La Torre boldly approached her. “‘Hi, I’m Anthony. I thought I would make a friend,'” she said. While Condor was promoting “To All The Boys I’ve Loved Before” in August 2018, she told “Us Weekly” that the most romantic thing he did for her was write her letters. “He writes me love letters, actually!” she said. “He’s done that since we started dating, and I keep them all. We try to keep the spark alive!”