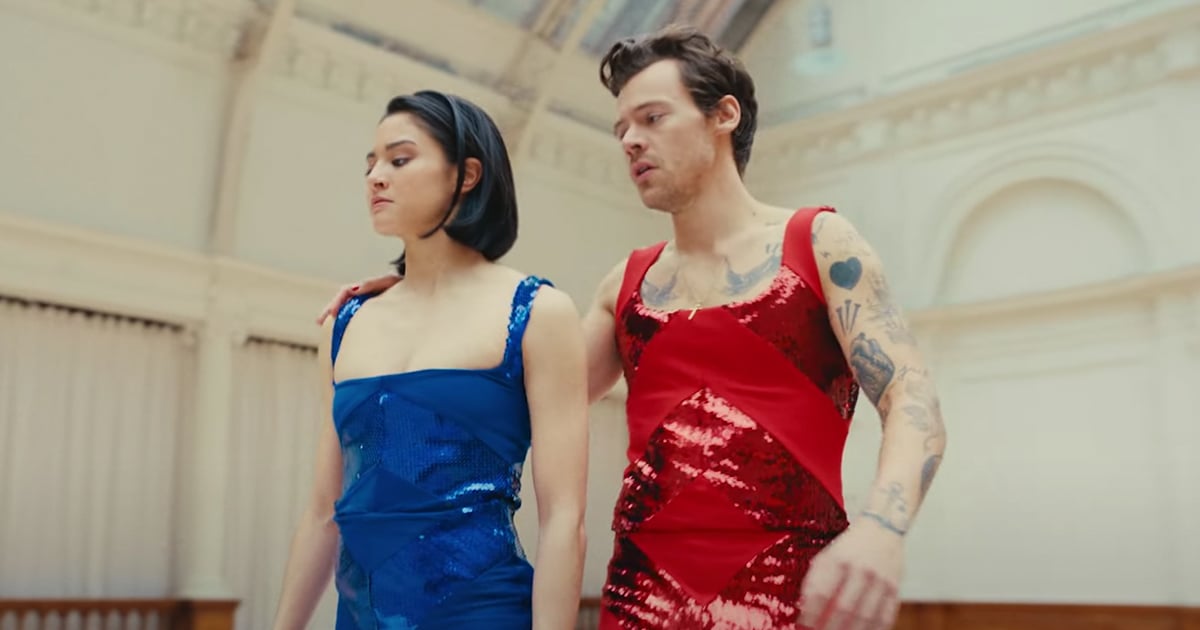 Once you get past the lyrics, melody, visuals, and, well, everything about Harry Styles in his new “As It Was” music video, you might be wondering who plays his love interest. In the new drop, Styles is seen dancing in a sparkly red jumpsuit alongside his costar, a woman in a matching blue version of the getup. Upon further investigation, it turns out she’s a dancer and model named Mathilde Lin.

Based on Lin’s Instagram, she’s an incredibly talented dancer, often sharing clips of her beautiful moves on tours, in campaigns, and in the comfort of her own home. Styles’s music video isn’t her first — in 2020, she danced in “Gospel For a New Century” by musician Yves Tumor. Lin is also a model with City Models, an international agency based in Paris, and has appeared in campaigns for designers like Etro and Sézane.

“As It Was” is Styles’s first release from his upcoming album, “Harry’s House,” after a two-year break from music. The singer revealed the song is “one of his favorites” on the album, as it’s about “embracing change, losing oneself, finding oneself.” The video, which was filmed at his friend’s house about an hour and a half outside of London, also features a special appearance from Styles’s goddaughter, Ruby Winston, by way of a voicemail at the start of the song.

Get a closer look at Lin and Styles in the “As It Was” video ahead.