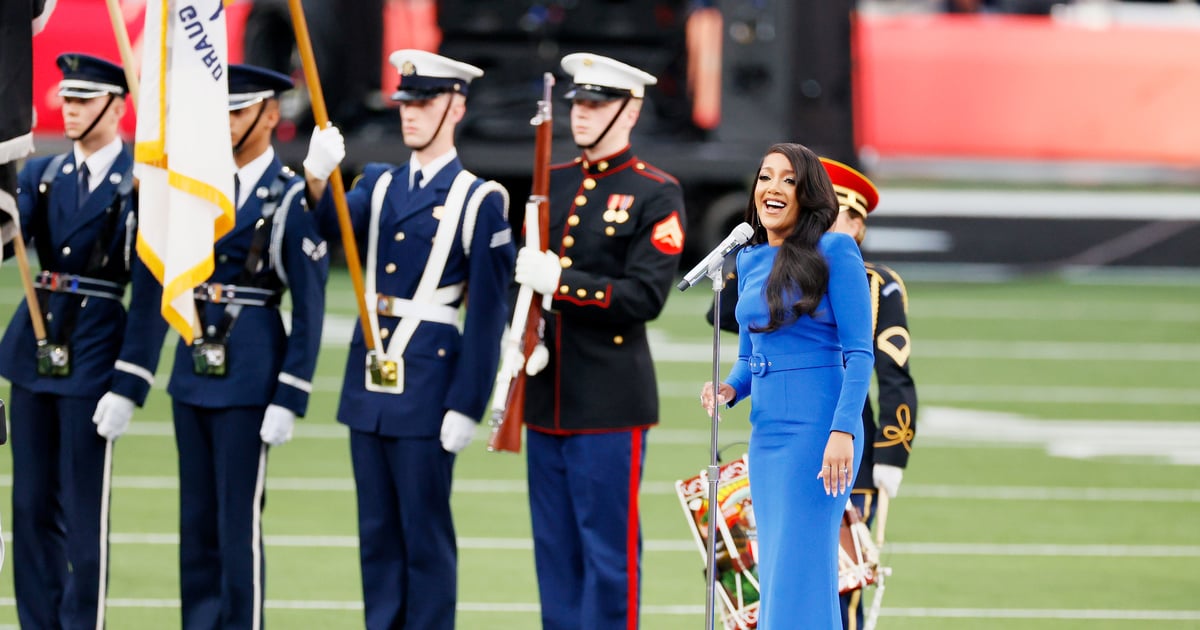 Mickey Guyton sang her heart out at Super Bowl LVI. The 38-year-old country singer performed the national anthem at the SoFi Stadium in Inglewood, CA, on Sunday just minutes before the Los Angeles Rams faced the Cincinnati Bengals. Dressed in a blue belted dress, Guyton didn’t miss a beat while unleashing her powerhouse vocals during her highly anticipated performance. Moments after kicking off the Super Bowl, Guyton celebrated the once-in-a-lifetime moment on social media. “Look at God. None of this would be possible without this incredible group of people and community that surrounds me,” she captioned an Instagram post featuring a snippet of her national anthem performance. “Thank you for lifting me up and holding me down. Love you all. 💙”

A week ago, Guyton opened up about her then-upcoming Super Bowl debut, calling it a “full circle” moment. “The national anthem is my song,” she told the LA Times. “The first time I sung it was at a basketball game when I was 13, and I kept my eyes closed the whole time. But then they asked me to sing at every game after that.” She added: “It’s really going to show people what I can do, and I hope a lot of fans are going to see me differently.”