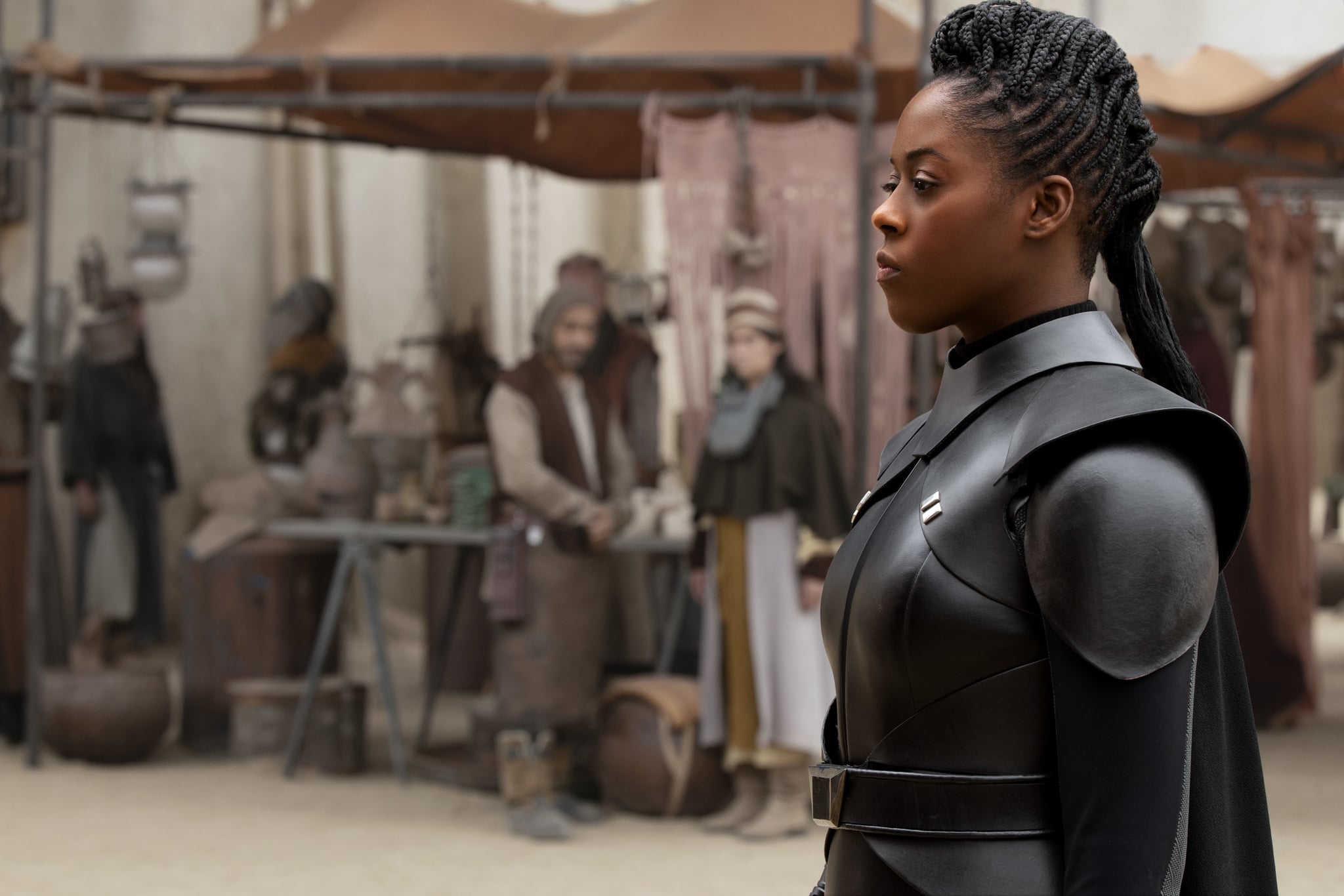 Moses Ingram didn’t grow up a Star Wars fanatic, but now she’s set to change a galaxy far, far away forever. Ingram plays one of the major antagonists in the new Disney+ series “Obi-Wan Kenobi”: the mysterious Reva.

“I wasn’t completely in the dark starting,” Ingram tells POPSUGAR of her Star Wars knowledge before she signed onto the show, even though she hadn’t really paid close attention to the films before. “I knew about Obi-Wan, I knew about Darth Vader, I had a lightsaber growing up. . . . I knew what a big deal Star Wars was.”

That knowledge of Star Wars made it “impossible to say no” when a role in “Obi-Wan Kenobi” came along for the Emmy nominee. To prepare for the role, she mostly focused on the three prequel movies, which marked the first time the relationship between Obi-Wan Kenobi (Ewan McGregor) and Anakin Skywalker (Hayden Christensen) was shown on screen.

“You get confident in your body and what your body’s able to do after all that training, and it just feels really great.”

In “Obi-Wan Kenobi,” Reva is an inquisitor. The inquisitors — former Jedi who’ve turned to the dark side and serve under Darth Vader to aid the Empire — are first introduced in the animated series “Star Wars: Rebels,” so many fans might not be as familiar with this terrifying order. The group are intent on hunting down and killing the galaxy’s remaining Jedi. Reva has not appeared in any other Star Wars media, so very little is known about her, and Ingram doesn’t want to give too much away before the first episodes premiere on May 27. “I can tell you that she plays the offensive and she’s really passionate about what she does, and I think that’s the thing that comes through most about her,” she hints.

“It’s fun to be bad,” she adds. “Particularly that red lightsaber, you know? You swing it past your face, and it just has a glow coming behind it. . . . It’s just really cool.”

When we ask Ingram to compare Reva to another famous villain, she chooses an unexpected one: “The Devil Wears Prada”‘s iconic Miranda Priestly. Extrapolating off that morsel of info, it seems Reva will be exacting, demanding, brutal, and, above all, effortlessly stylish. It’s a new look for Star Wars’s dark side, which has been dominated by men in live-action movies and shows.

For Ingram, a huge part of getting into character for the series was the training she had to go through. She explained that she started physically preparing four months before filming began. On top of her workouts during production, she spent nine months in intensive training. “You get confident in your body and what your body’s able to do after all that training, and it just feels really great,” she explains. “Nine months of really just keeping my body in prime fighting shape, because that’s what we were doing, mostly, was fighting and flipping and flying and all kinds of things.”

Ingram credits McGregor and Christensen with the excitement fans have for “Obi-Wan Kenobi.” “They laid the foundation for what we get to do today,” she says of their influence. “I wouldn’t be here doing this today if they hadn’t done what they did. It’s an invaluable experience, being able to soak up all of their wisdom.” Ingram says that part of the fun is seeing how fans interact with the pair. “They mean so much to so many people,” she adds.

Despite “Obi-Wan Kenobi”‘s dark themes — good and evil, trauma, and loss, to name a few — Ingram says she had an incredibly fun time on set. She explains, “There were the casualties of the job like night shoots and extreme heat in the leather, but I count it all joy.”

“Obi-Wan Kenobi” premieres with two episodes on Disney+ on May 27, with new episodes dropping weekly.