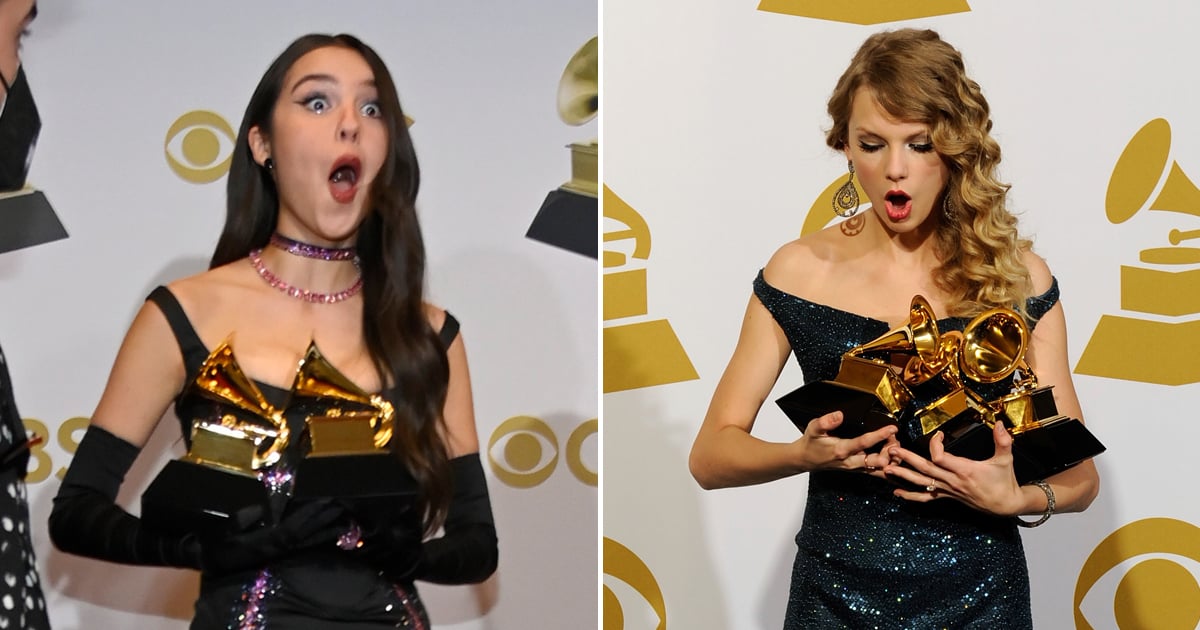 Olivia Rodrigo‘s career continues to draw parallels to that of her well-established music idol Taylor Swift. Rodrigo attended the Grammy Awards for the first time on April 3 in Las Vegas and won three of her seven nominations: best pop vocal album, best pop solo performance, and best new artist. And just like Swift before her, Rodrigo promptly dropped and broke one of her trophies.

While posing for photos in the press room, Rodrigo dropped one of her gramophone statues, causing it to lose its horn. The same thing happened to Swift when she attended the Grammys in 2010. Swift picked up four awards that year, with “Fearless,” her second studio album, earning the award for album of the year. (Swift was 20 at the time — the youngest person to win the award until Billie Eilish in 2020.) Swift would go on to drop and break one of her statues in the press room. Adding to the photographic parallels is the fact that Rodrigo’s black Vivienne Westwood dress and Swift’s blue KaufmanFranco gown from that year have a similar off-shoulder silhouette.

Rodrigo has been a proud Swiftie for some time. Following the runaway success of Rodrigo’s single, “Drivers License,” Swift congratulated Rodrigo and commented on Instagram, “That’s my baby and I’m really proud.” Not long after, Swift gifted Rodrigo a ring similar to the one she wore while writing “Red,” and the two finally met at the 2021 BRIT Awards. “I feel so lucky that I just was born at the right time to be able to look up to somebody like her,” Rodrigo said in a SiriusXM interview last year. “All of her support and genuine compassion and excitement for me has just been so, so surreal.”