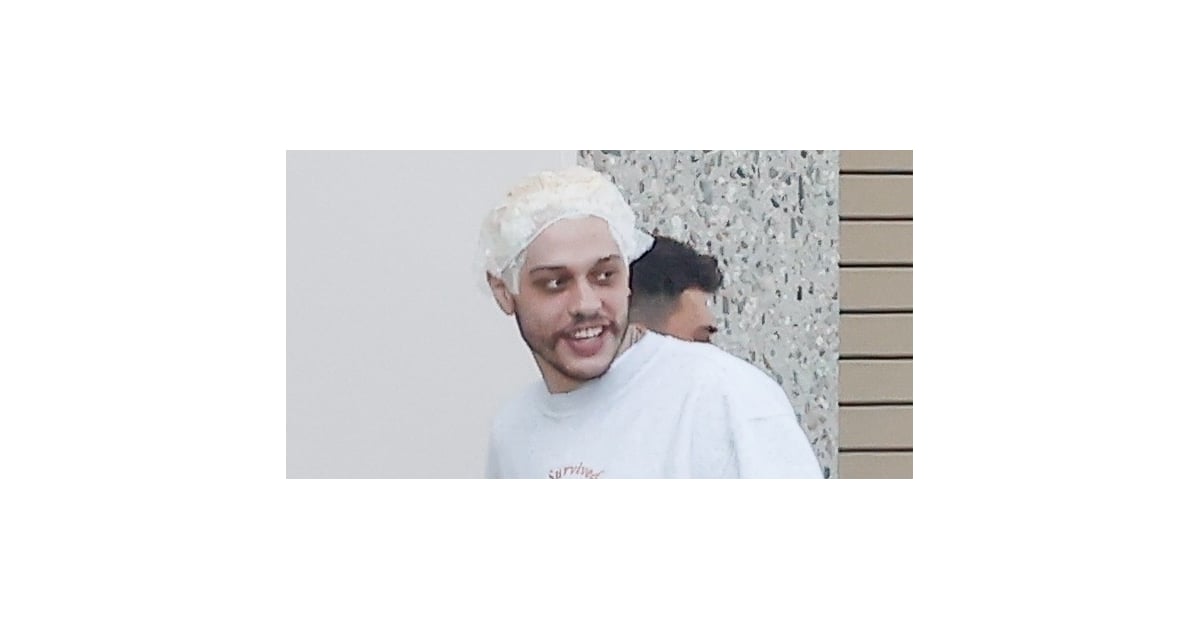 Kim Kardashian and Pete Davidson just took their relationship to a whole new level: matching hairstyles. On May 27, they were spotted outside what appeared to be an office in Calabasas, CA, sporting matching bleach-blond looks. While Kardashian’s hair has been blond since the Met Gala, Davidson’s look is new, as evidenced by the shower cap he’s seen wearing in the photos.

It’s unclear what sparked Davidson’s decision to dye his hair, but the couple appeared to be taking part in some sort of photo shoot. They were joined by Chris Appleton, who is Kardashian’s hairstylist, and Mario Dedivanovic, her makeup artist. Add in the reality star’s outfit choice — a Skims crop top and matching leggings — and it seems possible they’re working on a project together, possibly for her shapewear line. Then again, Davidson may have simply joined Kardashian on a work day and ended up with a new hairstyle in the process.

This outing marks the first time the couple have been spotted out together since Davidson filmed his final “Saturday Night Live” episode on May 21. Kardashian was in Portofino, Italy, celebrating her sister Kourtney’s wedding to Travis Barker while Davidson said an emotional goodbye to the sketch series, but she still found subtle ways to support him. First, she posted a collage of Davidson’s iconic moments to her Instagram stories, as reported by E! News, and then she added a rhinestone “P” to her wedding manicure, which was presumably a shoutout to her boyfriend.

Kardashian and Davidson’s new matching hairstyles are just one of the big steps they’ve taken in their relationship lately. Although they were first linked in October 2021, they kept their romance out of the spotlight as much as possible when they first started dating. However, in March, they made things Instagram official, and earlier this month they finally made their red carpet debut.

Now that they’ve added twinning to their growing list of relationship milestones, who knows what’s next for the famous couple? Check out the gallery to see Davidson’s new bleach-blond look.