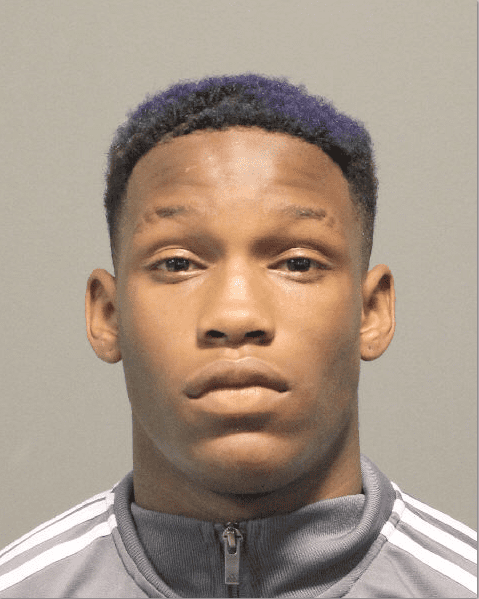 Pleasure P’s 17-year-old son is wanted by Florida authorities for allegedly fatally shooting a 24-year-old man and then leaving the victim’s body on a highway.

Broward County sheriff’s detectives asked for the public’s help Wednesday in their search for Marcus Ramone Cooper Jr., who they say shot and killed Tyron Arthus on the morning of Oct. 8, according to the Miami Herald. Detectives obtained an arrest warrant from a Broward County judge last week on a charge of first-degree premediated murder with a firearm.

Sheriff’s officials allege the teen suspect was riding in a car with the victim in the early hours of Oct. 8 when Cooper allegedly ordered the victim out of the car and shot him several times, leaving his body on the shoulder of the highway. David Fire Rescue paramedics said they found Arthus’ body and declared him dead on the side of the road.

“Cooper should be considered armed and dangerous, and the investigation into the homicide is ongoing,” the sheriff’s office said in a statement.

The victim’s mother, Marie Arthus, has also appealed to the public in her quest for justice for her son.

“For them to take my son’s life and gun him down, they left him like a dog on the side of the road. That wasn’t fair,” Marie Arthus said while standing next to Sheriff Gregory Tony.

“Leaving someone to die on the road is an atrocity we can’t accept,” Tony said, adding his agency will not rest until Cooper is behind bars.

Tony also gave a warning out to the public, saying deputies will arrest whoever is aiding and abetting Cooper.

“Eventually you will run of territory and you will find yourself in the care and custody of this agency.”

We’ll keep you posted on any updates.