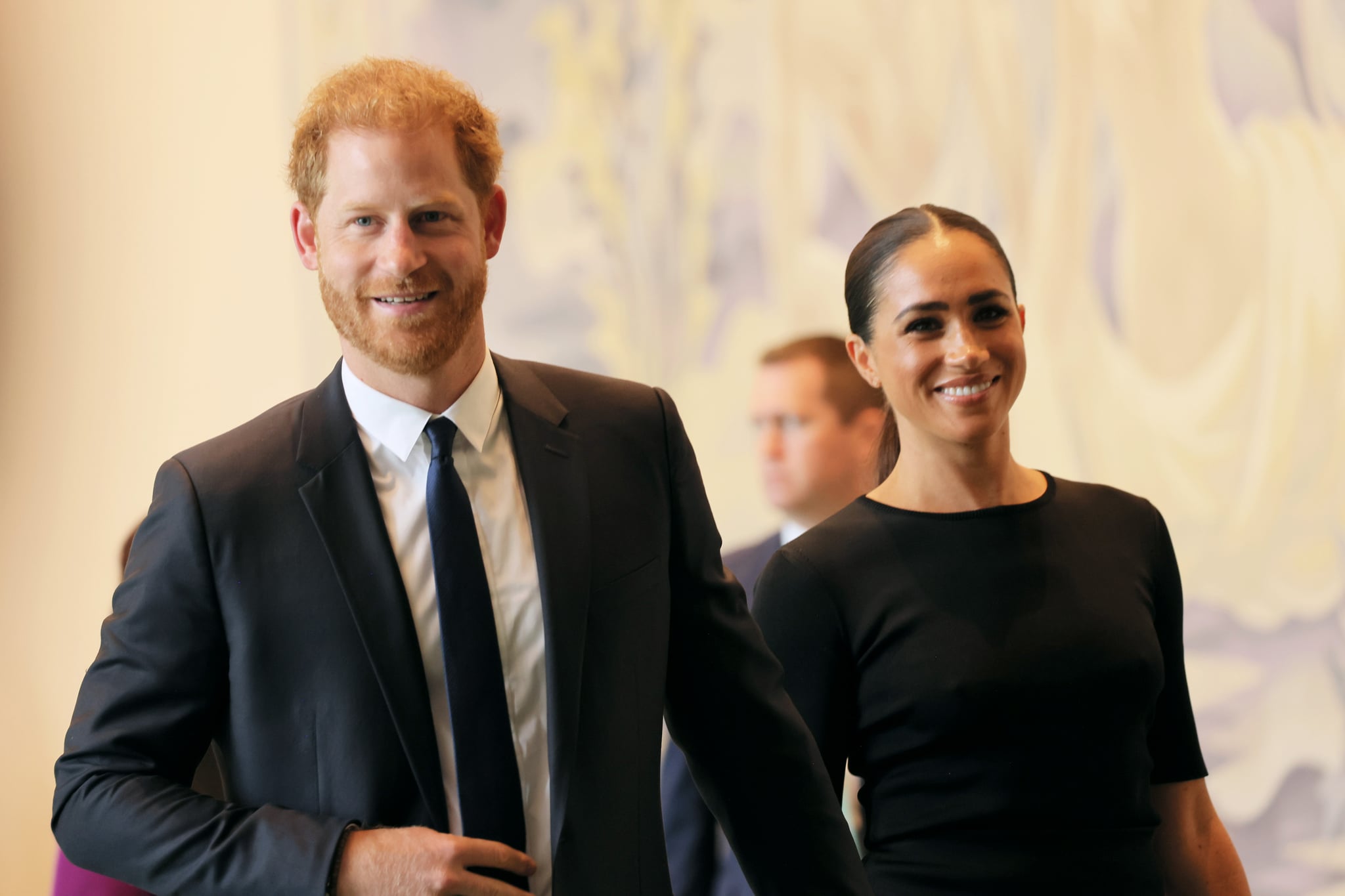 Prince Harry and Meghan Markle are back in the Big Apple! The Duke and Duchess of Sussex arrived at the United Nations in New York City on July 18 to celebrate Nelson Mandela Day, People reported. According to the publication, Harry delivered a speech to the UN General Assembly to honor the late activist and former president of South Africa.

“Those of us not fortunate to know Mandela well have come to understand the man through his legacy, the letters he wrote alone in his prison cell, the speeches he delivered to his people and those incredible shirts that he sported,” Harry said, per People. The prince then recalled a photo his mother, Princess Diana, took with Mandela in 1997. “When I first looked at the photo, straight away what jumped out is the joy on my mother’s face. The playfulness — cheekiness, even,” he said. “The pure delight to be in communion with another soul so committed to serving humanity.”

Harry concluded his address stating: “[Mandela was] still able to see the goodness in humanity, still buoyant with a beautiful spirit that lifted everyone around him. Not because he was blind to the ugliness, the injustices of the world — no. He saw them clearly. He had lived them. But because he knew we could overcome them.”

Harry and Markle last visited New York in September 2021 for Global Citizen Live. During the event, the couple gave a speech calling for COVID-19 vaccine equity. “We know that it feels like this pandemic has been going on forever — we get it, it is a lot — and some people are just over it,” Markle said. “But if everyone’s over it, it’s never going to be over. There is so much that we can do today, now, that can get us closer to ending this pandemic and that’s why we’re all here.”

Harry added: “We’re battling more than the pandemic alone. This is a battle of misinformation, bureaucracy, lack of transparency, and lack of access. And above all, this is a human rights crisis . . . My wife and I believe that where you’re born should not dictate your ability to survive.” The appearance marked their first joint outing since the birth of their daughter, Lilibet, whom they welcomed on June 4, 2021.

During that trip, the Montecito, CA, residents also paid a special visit to students in Harlem, where Markle read her children’s book “The Bench.” “I wrote this when we just had our little boy, and I haven’t read it to any other kids but you!” she told the kids, referencing her 3-year-old son, Archie. “The idea of representation — ‘That looks like me!’ — I wanted everyone to be included in this book.”