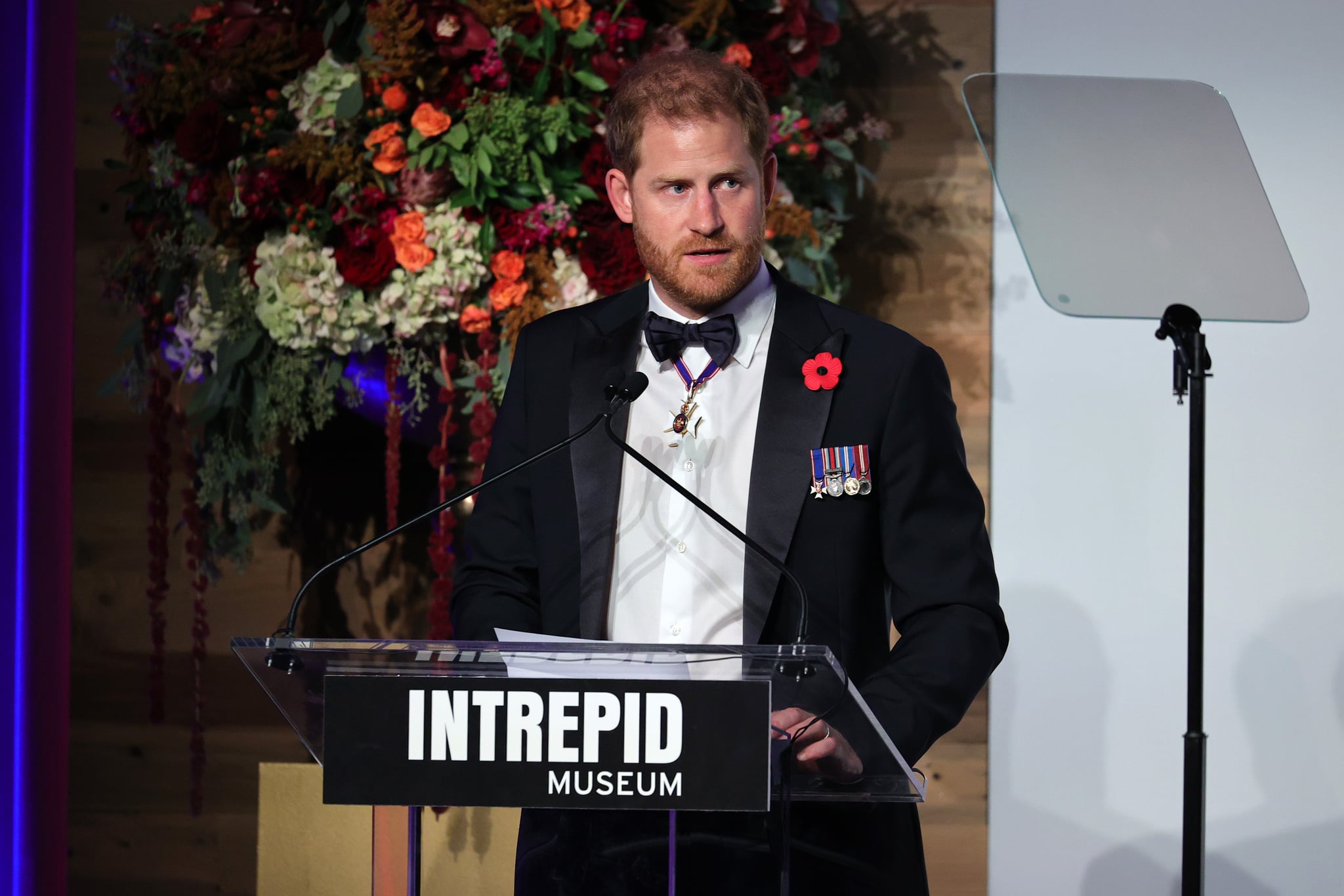 Prince Harry continued his long-standing commitment to mental health in a moving speech he delivered in honor of Veterans Day. On Nov. 10, Harry and Meghan Markle attended the Intrepid Sea, Air & Space Museum’s Salute to Freedom gala in New York City, where the Duke of Sussex presented the 2021 Intrepid Valor Awards. Harry spoke on the importance of addressing mental health and explained why it’s crucial we pay attention to the other kind of pain that service members experience.

“I’d also like to speak briefly about something else that, until recently, has existed in the darkness: the invisible wounds that we are all susceptible to,” he said, according to E! Online. “The scars on the inside that no one sees. For too long, invisible injuries were treated as just that — invisible — and were destined to be swept under the rug at the risk of shame, guilt or just a lack of understanding.” He added: “Yet we now know that the mind is just like a muscle. It experiences trauma and pain, whether in conflict or at home, whether in uniform or not. It needs training . . . as well as recovery and care, no matter who you are and no matter what you do. Our physical health and mental health are one and the same, and just as much as we aspire to be physically fit, so too we need to be mentally fit.”

He also shared that his concern for mental health among veterans encouraged him to launch HeadFit — a digital fitness program dedicated to the mental well-being of military members. As someone who served in the army for 10 years, Harry said that he understands how “service members often feel isolated” after leaving the forces, and how that lifestyle can leave some longing for “self-purpose, focus, service to others and being part of a team.” “My experience in the military made me who I am today,” he said, “and I will always be grateful for the people I got to serve with — wherever in the world we were.”

Beyond his touching speech, Harry has made other strides in amplifying mental health awareness, such as partnering with Oprah Winfrey to develop a mental health series and stepping into the role of a chief impact officer at San Francisco wellness startup BetterUp. In regards to his new role, Harry said, “I intend to help create impact in people’s lives.”